The ongoing protests in Hong Kong have been at the centre of the world’s attention. Entering the 6th month of large-scale protests, they are far from subsiding. Hong Kong recently claimed the news headlines again with eruption of fresh chaos. Following the 3 consecutive days of intense protest that involved disruption of train services and a violent clash at the campus of Chinese University, the Education Bureau suspended classes at primary and secondary schools. How did this all start? What does the future hold for Hongkongers? 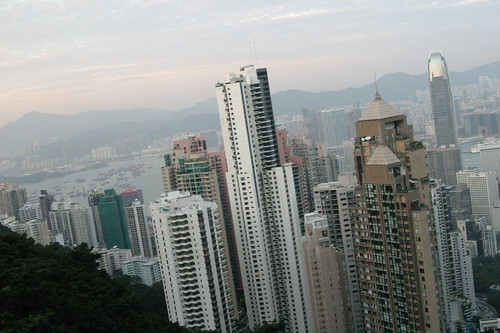 Image by Side Guacamole. Available on flickr under Creative Commons 2.0 license.

How did it start?

The Hong Kong protest was catalysed by the introduction of a controversial law by the Hong Kong government which would allow the extradition of criminal fugitives who are wanted in Taiwan and mainland China.

As a former British colony, Hong Kong is classified as a Special Administrative Region of China, which grants Hong Kong a greater autonomy, a separate legal system from mainland China and more rights such as freedom of assembly and freedom of speech. The Basic Law which ensures this freedom is set to expire in 2047, indicating that Hong Kong’s status in the future remains uncertain.

The introduction of the bill amid these uncertainties along with the underlying distrust in Chinese legal system raised significant concerns as critics argued that it may allow mainland China to arrest and prosecute political dissidents and anti-Beijing activists under phoney charges. This was seen as the extension of China’s influence on Hong Kong residents, undermining the promised autonomy of Hong Kong under the ‘one country, two systems’ principle.

How did the protest evolve?

Once a peaceful protest, the Hong Kong demonstrations have quickly evolved to disrupt the streets of the international financial hub with increasing levels of violence. 9th of June saw a peaceful march; estimated one million people – approximately 1 in 7 people in Hong Kong – took to the streets in protest against the contentious extradition legislation. However, on June 12 the situation rapidly deteriorated when the police used rubber bullets, pepper spray and more than 150 canisters of tear gas to quell the large scale protest following a small clash between the police and protesters.

This aggressive police response, frustration over exacerbating inequality and cost of living, and the deep-seated anger of Hong Kong citizens towards Beijing’s encroachment on Hong Kong’s liberties fuelled public outrage, turning the protests into a more complex, widespread movement. Eventually, the protest evolved to claim the title of the largest demonstration in Hong Kong’s history by drawing almost 2 million people from all age and occupations calling for full democracy.

Ever since the shocking police response, frequency of physical clashes and violent tactics on both sides have sharply escalated. Vandalising pro-Beijing firms and brands’ properties, setting fires, disrupting the airport, building barricades and throwing projectiles to the police by hardcore activists have been confronted with violent arrests of the protesters, water canons, ruthless tear gas and rubber bullet firings by the police. The videos of aggressive police behaviour on social media and rumours of rape and brutality in police custody sparked further outrage. Hong Kong’s Chief Executive Carrie Lam condemned the protesters as ‘people’s enemy’ and banned them from wearing face masks at protests which the protesters continue to defy.

Meanwhile, the bill that triggered the protest was withdrawn in September. But this was ‘too little, too late’ to diffuse the tensions. The demonstrations continued to intensify, demanding not only the withdrawal of the bill (which was met) but the amnesty for protesters who were arrested, an inquiry into police brutality, an institution of universal suffrage and the resignation of Carrie Lam.

The series of violence on both sides involved several casualties: an anti-government protester was shot in the chest by a live bullet in a close range while a pro-Beijing lawmaker was stabbed early this month and another pro-Beijing supporter was set alight only a few days ago. Yesterday, hundreds of mainland Chinese students in Hong Kong have fled for safety after heightened tension and violence on university campuses. Deaths such as last week’s tragic death of a student demonstrator who sustained a severe head injury from falling from a multi-storey carpark while trying to flee from the tear gas only intensified the situation. Entrenched in the cycle of violence, peace doesn’t seem to be in sight for Hong Kong.

Will the protest succeed?

Although the 2019 Hong Kong protest aims to repeat the success of 2003 protests against national security reform, opinions about whether the violent tactics employed by the anti-government activists will be successful have been mixed. Some argue that non-violent protests are just not effective enough to seize Beijing’s or the world’s attention. On the other hand, many argue that violent protests are less effective in bringing about social change in the long term as they gradually reduce the support for the movement and make the protest less accessible. Some also voiced fears about the worst-case scenario of Hong Kong repeating the atrocious history of Tiananmen Square protest. Despite the debatable efficacy of the violent clashes that have largely occupied the world’s attention, it is important to remember that the protesters are largely non-violent and peaceful protests such as strikes and massive marches have also continued.

Carrie Lam recently commented that the protesters “will not succeed in securing their demands”. Although the prolonged protests have left many Hong Kong citizens and activists feeling hopeless, “frightened, angry and exhausted”, neither side of the conflict are willing to back down. The youths of Hong Kong who are leading the protests are on the streets today too, fighting for their future. As the world keeps a close eye on the growing tension and the uncertain outcome of the protest, one thing is certain: we are witnessing a critical moment that will go down in history.