We’ve had three die in two years: when will students learn? 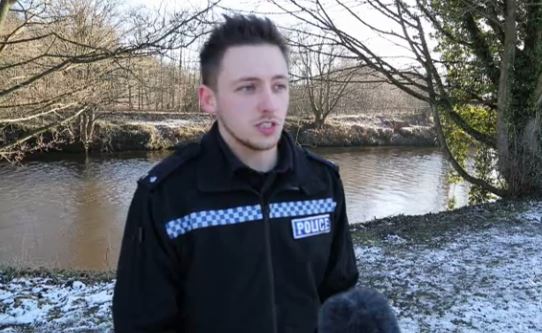 PC Simon Cutter near where the rescue took place

A police officer involved in rescuing a student from the River Wear this morning has spoken out against Durham University’s drinking culture, describing it as “unbelievable”.

PC Cutter, 23, told local press that the excessive consumption of alcohol at the university is a “massive problem” and asked how many deaths it would take to convince students to drink responsibly.

“Alcohol is a massive issue, I see it every day.”

“We’ve had three [student deaths from drowning in the River] in two years,” he said. “And I’ve been involved in them all, from the original incident to the recovery phase.

“I’ve spent long night shifts walking the river banks in Durham City doing the awful job of trying to find a body – I don’t want to do that anymore.”

He spoke of his relief at rescuing the 20-year-old student, who has not been named. “I’m just glad we were there this morning really, and I hope the lad is able to turn this around and educate the other students.

“It’s not worth thinking about what might have happened.”

“Alcohol is a massive issue, I see it every day – people get to the point when they cannot even tell us their name, they don’t know that we are police officers, they think we are their friends.

“It’s unbelievable, I just hope they are going to learn from this.”

PC Cutter described how a passer-by alerted the police that a man was in the river near Durham Amateur Rowing Club, off Green Lane, at about 1.45am.

The rescue involved six officers forming a human chain to pull the student from the river.

“It’s not worth thinking about what might have happened,” the officer added.

“I was relieved for him and for the safety of my colleagues. You never think: ‘What if I go in here?’

“He’s very, very lucky that at quarter to two in the morning there was somebody walking along the riverbanks.”