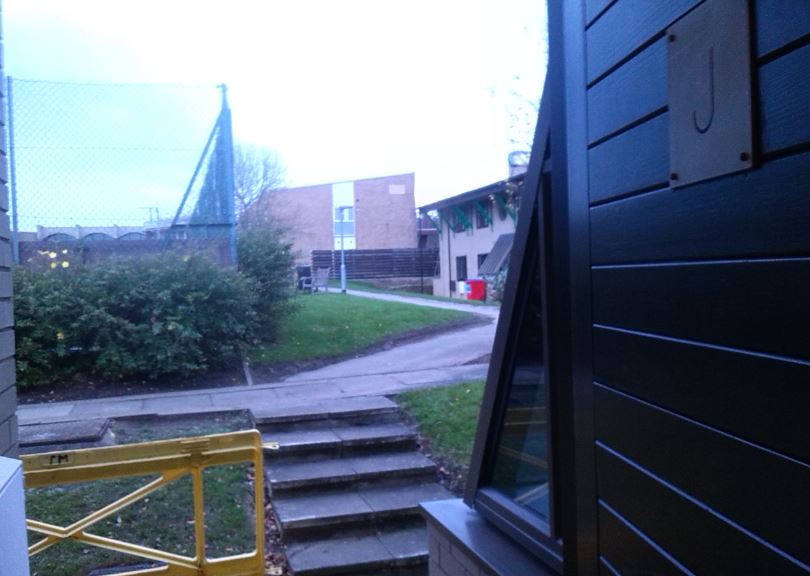 Abandoned: Residents are expected to return in a week

Students have been asked to leave two houses at St Aidan’s College after the collapse of a pair of drainage pipes caused sewage to seep out of the drains next to the front doors.

H and J houses, which usually accommodate second and third years, have been deemed “uninhabitable” by college authorities.

Since the leak started several weeks ago, some of the waste water has been trodden into the carpets inside the houses, creating an unpleasant odour.

Some students said they felt unwell.

Areeb Khan, who lives in one of the nearby houses at St Aidan’s, described the stench: “The smell was horrific, and could not be mistaken for anything other than putrefying waste.”

Ben Allcock, a resident in J House, said: “Upstairs was the worst in terms of smell, however downstairs (where I live) was pretty awful too.

“The porch and corridor was so bad, breathing through the mouth was the only option to avoid gagging.”

Residents have been asked to move to Schiochi Block at the Teikyo University of Japan site on South Road while the rooms are deep cleaned.

In an email to students Ken Dent, Operations Manager at St Aidan’s and Van Mildert, said: “The operations team are currently working to ensure the issue is resolved at the earliest possible moment and will also give regular updates as to when a move back date is viable. It is estimated that the temporary move will last no longer than one week.”

Ken Dent, operations manager at St Aidan’s and Van Mildert colleges, has sent an email saying that residents will be allowed to return to H & J house at 3pm tomorrow afternoon (Friday).