The State of Modern Slavery in Great Britain 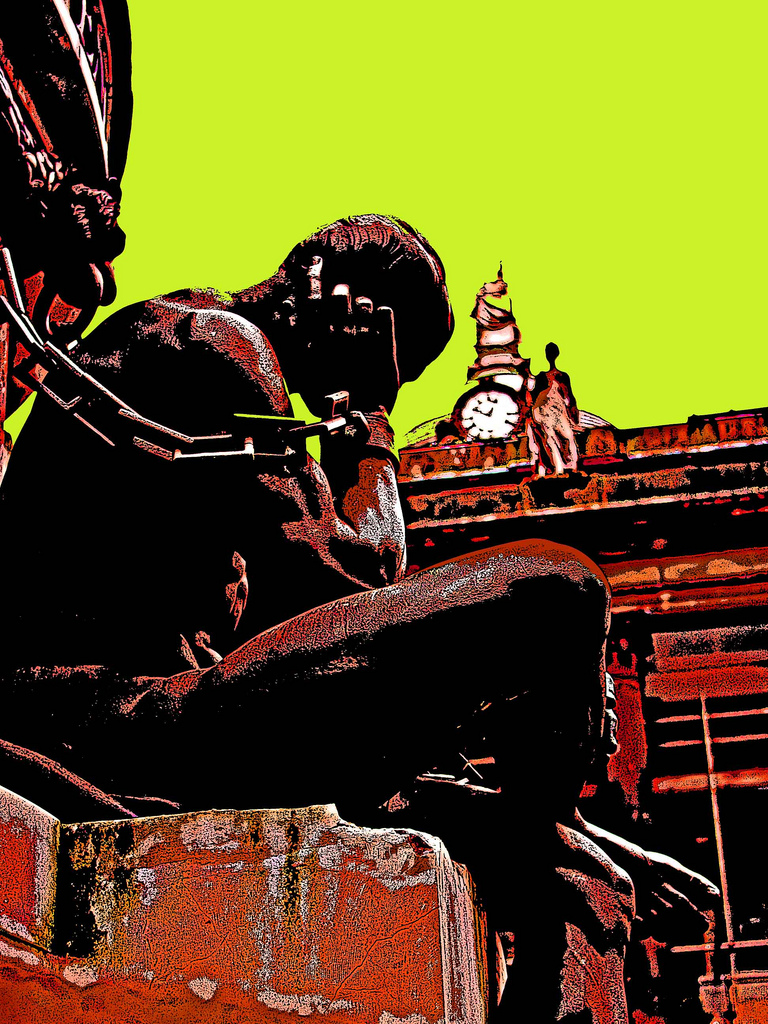 In a departure from their normal schedule, this week the Union Society will host what promises to be a fascinating forum on the state of slavery today in Great Britain. Organised in collaboration with the Amnesty International Society and DUSTOP (Durham University Stop the Trafficking of People), audience members will be given the opportunity to pitch their questions to speakers from a wide range of different backgrounds and experiences to bring to light the issues which surround this often neglected, seemingly timeless tragedy.

The International Labour Organisation estimated in 2012 that globally 20.9 million people are forced to work, with 1.5 million of these believed to reside in developed countries as victims of an industry which is worth 32 billion per year worldwide (ILO, 2008). More people are subjected to this loss of freedom and dignity now than during the entire 350-year transatlantic-trading period before the system was outlawed, and in just the last year in the UK slaves were discovered from 54 different countries. The true extent of the situation in the country was brought suddenly to light in 2004 when 23 Chinese cockle pickers, illegal immigrants trafficked into the country by gangmasters, drowned in Morecambe Bay after becoming cut off by the incoming tide in a case that shocked the population. In 2007 the government launched Pentameter II, a country-wide operation to try to disrupt the trade and prosecute its perpetrators, with the scheme uncovering cases as diverse as Romanian children forced into working as beggars and British teenagers groomed to work as prostitutes. However, the first conviction for sex trafficking did not take place until 2012, leading some to believe that the problem is not as wide-spread as many would claim, arguing that the large figures are exaggerations. Yet it is this very underground nature of the crime that obscures any chance to obtain accurate data and means that this Friday’s forum is even more vital in raising public awareness so as to finally grant the issue the attention that it deserves.

The first member of the panel will be Jessie Jacobs who in 2002 became one of the founders of ‘A Way Out’, a Stockton-on-Tees-based charity which hopes to engage, ‘educate, support and empower’ vulnerable women and young people, allowing them to live ‘safe, healthy and whole lives’. Amongst the charity’s service users are prostitutes and the homeless as well as offenders and abuse victims, groups in which trafficked people often find themselves due to their unfamiliarity with the local area and inability to speak the language. Having worked so closely within the sector in the north east, Ms Jacobs is sure to offer a particularly shocking view as to the hidden practices that are taking place so close to home.

At Ms. Jacobs’ side will be Andrew Bevan, Regional Development Executive for Scotland at International Justice Mission UK as well as Secretary of the Cross Party Group on Human Trafficking in the Scottish Parliament. The International Justice Mission is an agency which promotes human rights, collaborating with a variety of professionals and government official is order to work towards ‘justice for victims of slavery, sexual exploitation and other forms of violent oppression’ through both social and legal means. With the organisation working in over 20 different communities worldwide and claiming to have ‘rescued thousands of victims […] and work[ed] to protect millions more’, it is from Mr Bevan that we are guaranteed to hear a global perspective on an issue which cannot be confined by national borders.

The third speaker in the forum will be Hannah Flint who also works for the International Justice Mission in the north of England, but who furthermore volunteers her time to campaign for the organisation ‘Stop the Traffik’. This ‘global movement’ aims to prevent human trafficking through collaborating with communities, making sure that they are informed as to what trafficking is and how they can respond to it, as well as organising worldwide campaigns to ‘target decision makers’ and create international collaboration. Through her experiences with both of these organisations, Ms. Flint is in the perfect position to comment on the broader view of modern slavery and to connect the events of our own communities to the larger global picture.

As the voice of the Government in the forum, Liam Vernon will attend the event as the head of the UK Human Trafficking Centre, a branch of the National Crime Agency which works both within the country and internationally to fight against human trafficking. Its tasks span prevention, the protection of victims and prosecution, and its 2013 report shows that in 2012 it identified 2,255 potential trafficking victims of which 24% were children and the majority female, with countries of origin ranging from Vietnam to the UK. Mr Vernon will surely be able to cast some light on how we can move towards ascertaining more accurate data within the field, and what the next steps are in the UK’s fight against slavery. The final member of the evening’s panel will be Zhaleh Boyd, a researcher for the movement ‘Walk Free’ which ‘fight[s] to end one of the world’s greatest evils: modern slavery’. The organisation estimates that at least 29.8 million people are today living in slavery, creating more than 122 goods in over 58 countries and generating 15.5 billion in profits every year for just those owners who live in developed countries. The charity aims to create ‘a world where everyone can walk free’ through ‘amplify[ing] and extend[ing]’ the work of the many other groups who share their objective, utilising new technologies to build campaigns and communities. With this history of collaboration between organisations, Ms Boyd will allow us to see what those moving in the same direction have in common and how their practises differ, so that we can best assess the path to take to arrive in a free world.

With such a diverse range of speakers and an audience who will not be able to help but be engaged by the shocking situations hidden just out of view from our everyday lives, the forum is sure to offer a dynamic space to share ideas on an issue which can only be dealt with globally. Friday evening promises to be as informative as it will be harrowing, calling on us all to wake up and respond to the world around us.