The graphs that challenge the arguments for higher college costs

Durham University’s forecasts for rises in food and utilities (gas and electricity) prices contradict UK market data, which shows that the costs of the two commodities are falling, according to figures sourced by The Bubble.

Students were notified in an email, sent in November 2014, that price increases of nearly ten per cent were mainly down to rises in food and utilities (electricity and gas) bills. However, figures from the Office of National Statistics (ONS) and Ofgem show that both commodities are actually decreasing in cost.

The ONS has published figures for average percentage changes in food prices across 2014, showing that the cost of food has been steadily falling. The University’s cited figure for food inflation in 2015/16 (12%), notably contradicts this trend. 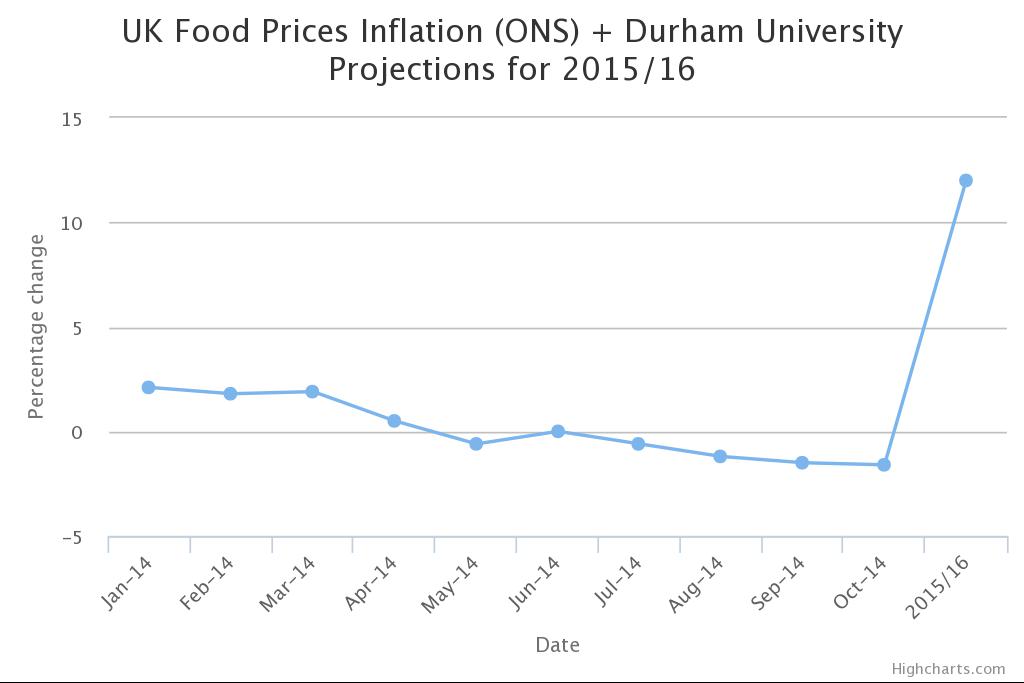 Graph shows the percentage change in British food prices from
January 2014 to October 2014. The final data point is Durham
University’s estimate for the year ahead.

Meanwhile, Ofgem energy statistics show that wholesale energy costs have been falling from January 2012, and are expected to continue to decline into 2015.

Although utilities bills includes other costs, such as operating and network charges, the falling wholesale price exerts a downward pressure on the total bill price.

But the University projected a 12% increase in utilities cost over 2015/16.

In the email sent to students, Anne Sayers, Colleges Officer, said that inflation in the University’s cost base was “different” from the generally quoted inflation rate. 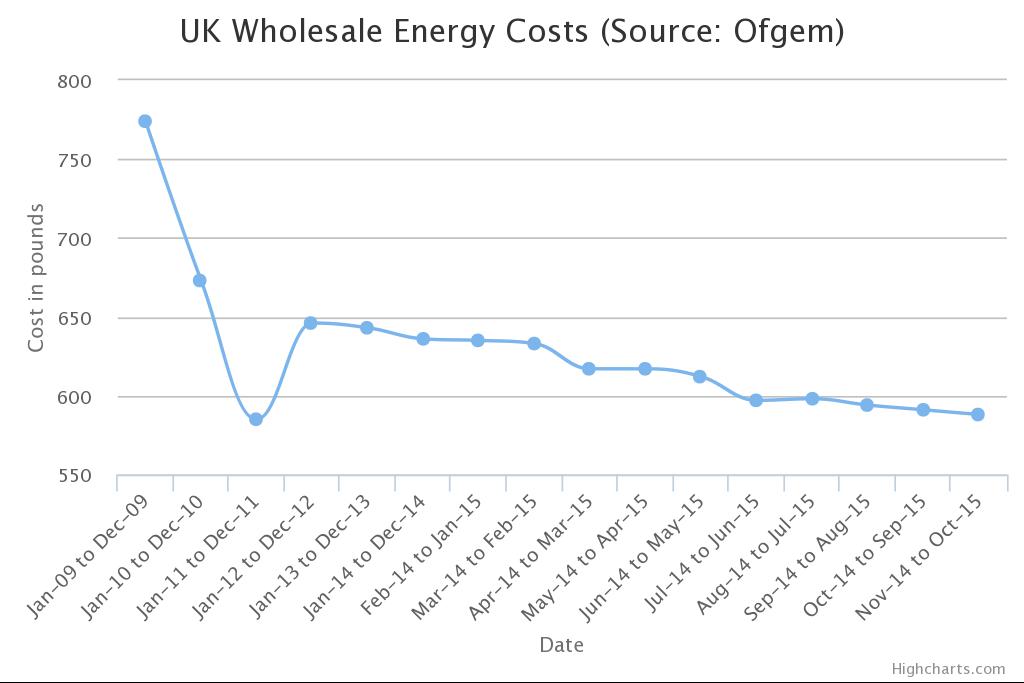 Figures from Jan-14 to Dec-14 onwards are estimates

The findings will add support to the student campaign to urge the University to reconsider the increases in accommodation charges.

They come after an article in Times Higher Education noted that one third of college bills for 2015–16 will go on capital and borrowing expenditure. Tom Mitchell, a final-year PhD student at Durham, said that these costs were “not the students’ responsibility”.

The University has been contacted for its response.

Follow @DurhamBubble for continuing coverage of the college fees debate.