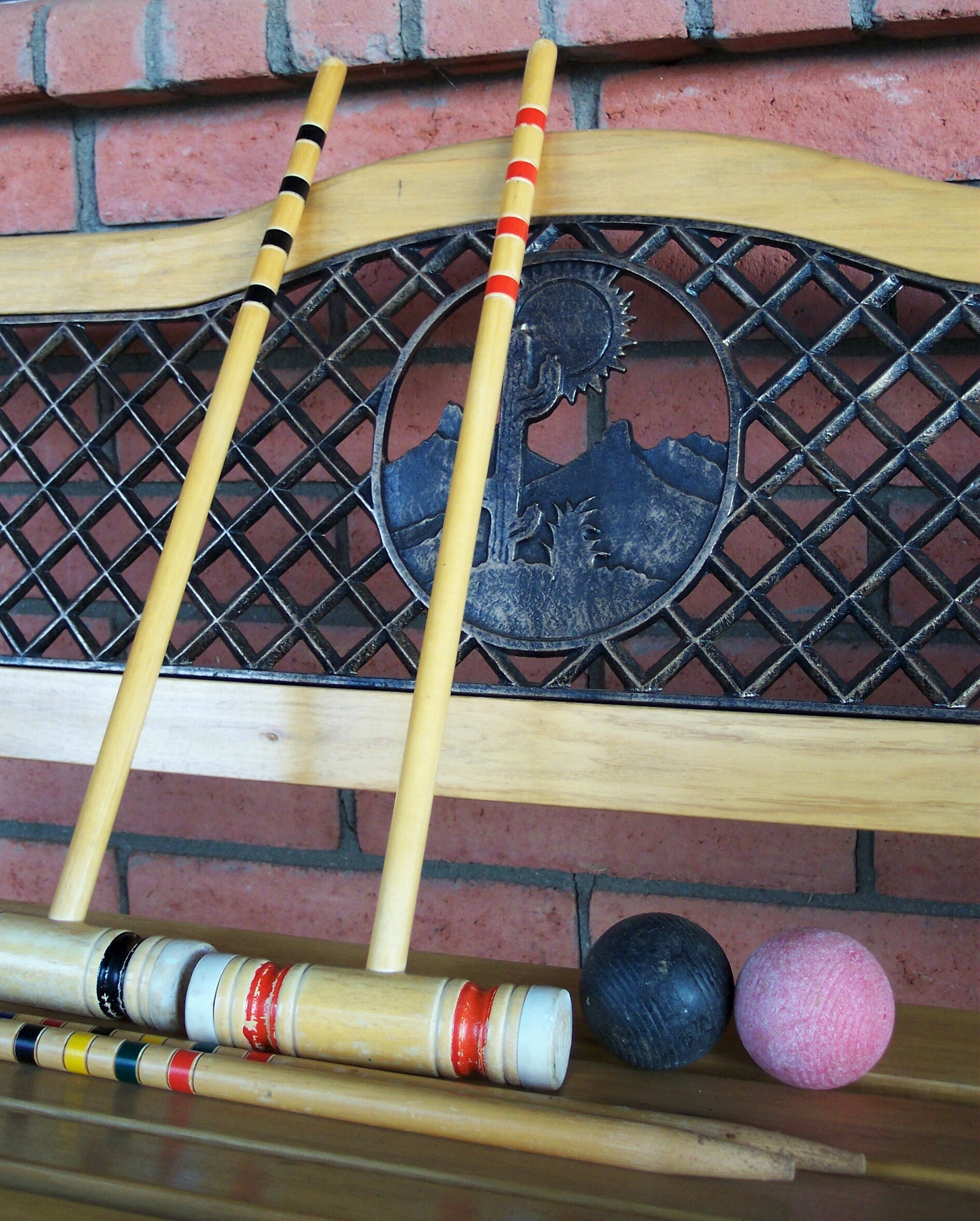 The entries have been judged, and it is now time to announce the result of The Bubble Summer Writing Competition.

So congratulations to Tim Callow, who can now celebrate his success with two sparkling afternoon teas at Crook Hall.

We liked the originality of the piece, and also the excellent writing style, which manages to infuse a bit of Ross Kemp into an ordinary game of croquet.

Congratulations on your success, and here is his article for everyone to enjoy.

This is it – the chance to prove myself. Blood pumping, sweat building, the expectation of the crowd unbearable. A familiar routine: wide stance, squatting slightly – mallet at the ready. As I enter the zone, the same words keeping repeating each other. The code which dictates my life.

Finals day at the St Aidan’s College Croquet Club. Centre Court in immaculate condition; no wonder the Green-keeper, known as Aaaadam, is worshipped with a feverous intensity. No ordinary day, no ordinary shot. This is the ‘golf’ croquet doubles final, the pinnacle of the croquet season. Many illustrious players have already fallen, their reputations decimated.

Trailing 6–3, it’s match point to our opponents. Aaaadam is one of them, which has me doubting myself. Surely a deity cannot be beaten? The other is the Club Captain himself, Oscar Higgott. As I prepare for my next (and perhaps final) shot, he smiles knowingly. With their ball already nested snugly in the hoop, we need something extraordinary to save the match: a long-distance chip. I reconcile myself with the fact that the ball is virtually dead centre. But the reality is inescapable – success is unlikely.

Eyes closed, I envision the ball’s trajectory as it flies through the hoop. The umpire interrupts my fantasy with the threat of a time violation. Breathe. Again. Hit. Good contact. Surely! No, excruciating, the ball lands wide. The next shot wins the game.

Runners-up: a commendable achievement. But I am inconsolable. I hear mocking from the crowd; I look up to see Mingles, a mysterious creature whom I have so often tormented, laughing at me. This is the nadir of my croquet career, a moment that would crush a weaker soul. I make a promise to myself: to return stronger, and make Mingles suffer.

One year on, with exams over, the croquet season is beginning again – for some. My preparations began many months ago, a gruelling fitness regime dominating my life. I sometimes question the rationale for such an intense training programme – is croquet so important? But as the tournament approaches, I am more focussed than ever before. I remember my promise.