Last year, I held positions on 6 student committees, trained with 2 college sports teams, held 2 part-time jobs and sang in a chapel choir. I ended up with a 2:1 slightly higher than I’d managed in first year.

That is not meant as a boast – frankly, I wouldn’t recommend it – but as a reflection on plausibility. It is possible to do that; I know other people who have taken on similarly exhaustive numbers of roles.

As I say: I wouldn’t really recommend it. That’s not because it was a lot of work (although it was) but because I wasn’t able to do all I wanted to with those roles. I acquitted them adequately, and no more. I did that, because the alternative to me doing a mediocre job was nobody, doing no job at all. It is very difficult to turn your friends and colleagues down when you know that there wouldn’t be anybody to fill the gap.

I am not the only one who does this.

The result is a system where the keen students hoover up Exec positions because they have the competence, but also because they feel they probably should. It is very difficult to turn away a society in need. 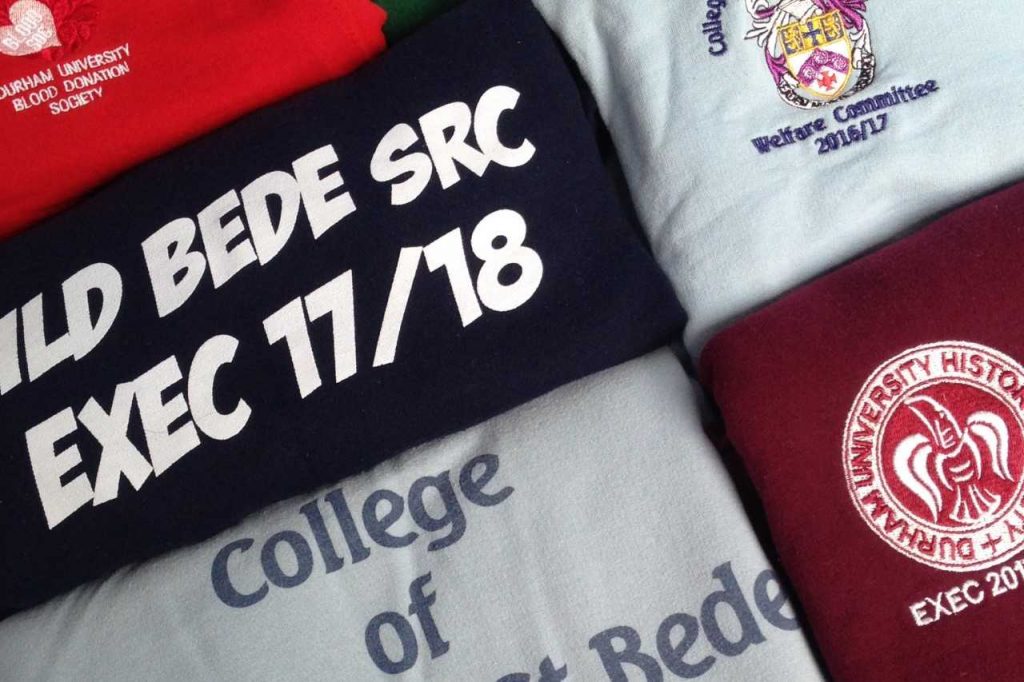 Pictured: Too many exec jumpers

Why is this a problem? Well, for one, it’s not very healthy for those slightly-obsessive individuals. Running headlong from meeting to meeting gets stressful after a term or two, and our mental health can take a bit of a whack. But that’s not what I’m worried about here.

The main issue is that this setup is not very healthy for Durham, and its student body as a whole. On the one hand, if the individuals running societies are working flat out just to keep things ticking over, they haven’t got anything left over to invest in really improving societies. More importantly, it limits the distribution of talent around Durham. The people at this university are brilliant, and the more individuals hold multiple society roles, the fewer people – each with their own ideas and ways of thinking – we have running our societies. The results of all this threaten stagnation of societies and stress for the people running them.

At Hild Bede this year, the majority of our Exec elections were uncontested, as they were the year before and the year before that. A quick look through the voting records suggests a similar situation in Durham’s other colleges.

The solution is for you, dear Reader, to run for something. It’s much easier than you think. Pick a committee or society; find out when the next election or AGM is; pick a position to go for. Assume that you won’t win the first one, but that first campaign will give you a feel for how these things work. Husting successfully takes practice. By running for a position, how can learn how best to articulate your persona, skills and ideas, and how to tweak that pitch to suit a particular role. That’s pretty handy when you come to applying for real jobs. The benefits of holding a position are widely known, but relatively little is said for the benefits of just running for one.

After two years in Durham, and another watching from a distance, I have seen too many uncontested elections. It is true of the Union Society, but also of college committees and academic societies. Uncontested elections stop ideas being critiqued and challenged and, moreover, stunt the development of new ones. They also help hold those in Exec positions accountable. It is difficult to motivate oneself to put your all into a society when you know that literally nobody would want to be in your position.

The great open secret of societies in Durham is that they are – and this is probably the main point of this article – less work than you might expect. Remember: it is possible (if ill-advised) to hold down several simultaneously. Naturally, holding Exec positions involves more work and investment than not holding Exec positions – perhaps fewer nights out than otherwise – but they are immensely rewarding personally, and aren’t a shabby addition to your CV either. So please, as exam period begins winding down and the summer beckons, consider competing for something. Durham’s unique structure of socs, clubs and colleges works best when talented people can devote themselves to a role, and when we have as many talented people as possible doing so.

Our university is built on its small groups – societies, colleges, clubs, departments – and that is what sets it apart.

So don’t just walk, stroll, or meander blithely through your degree. Look up the date of your next AGM, and run for it before it’s too late.