It has been announced today that His Royal Highness The Prince of Wales is due to visit Durham on the 15th February. The announcement was made to students in an email from the Vice Chancellor this afternoon: 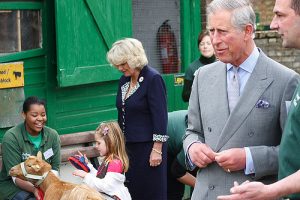 ‘During his visit, Prince Charles will honour the memory of Dame Elizabeth Bowes, an ancestor of His Royal Highness, by unveiling a plaque at her former family home, Bowes House, which is now part of St John’s College. The Prince will then officially open the Open Treasure visitor experience at Durham Cathedral before attending a Durham University and Durham Cathedral concert commemorating the 100th anniversary of the death of composer Sir Hubert Parry.

After meeting performers, His Royal Highness will greet members of the public on Palace Green, where he will be entertained by the County Durham Cadet Band and Bugles. Finally, the Prince will visit The DLI Collection Gallery at Palace Green Library.

Staff and students are welcome to join the crowds on Palace Green when the Prince exits the Cathedral, at around 1pm.’

The heir to the throne will also meet with with Professor Jeremy Dibble, a Professor of Music at Durham and expert on Sir Hubert Parry, whose memory is being celebrated in Durham Cathedral. 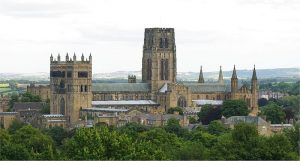 The visit will no doubt be of huge excitement to many students of Durham, as well as residents of the local area.

More information on the royal visit is detailed on the Durham website.