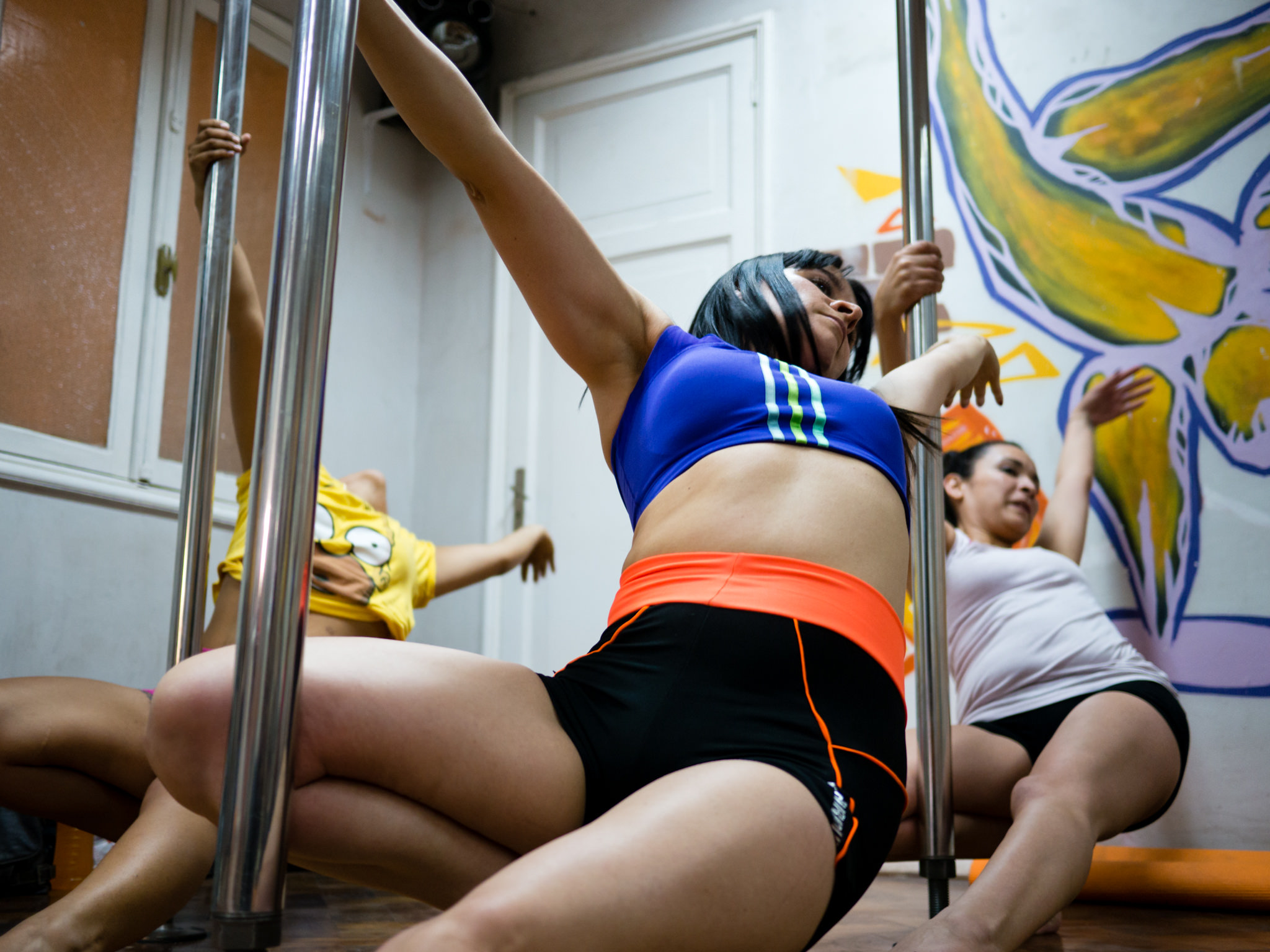 What do you think of when someone says pole dancing?

Stripper? Sleazy? Seedy? Girls dancing with not much on in front of middle-aged men? Grinding up against a pole?

Let me prove you wrong.

If you frequent Claypath on a Friday evening, chances are you may have spotted two girls in sports kit, clutching their water bottles, desperate for something to eat, giggling, maybe even wearing super short shorts. You may just think we’ve been running, to the gym, or to even to a dance class, when in fact, we’ve just spent a good hour throwing ourselves at a pole.

I’ve never been any good at sport. I can’t catch or throw. My best accomplishment was a recent game of touch rugby where I did both catch and throw the ball whilst running, only to be told I had in fact thrown it the wrong way. Oops.

I also despise the gym, mainly because I have the boredom threshold of a small child so lifting weights just doesn’t appeal to me. Therefore, when I discovered pole dancing, it was like a dream come true. Exciting, fun, sociable and incredibly good exercise, I have finally begun to enjoy working out.

Historically, performance including poles didn’t involve taking your clothes off. In fact, 800 years ago, they were used in the traditional Indian sport of mallakhamb, testing both strength and endurance. It is only in the last thirty years that it has been associated with strip clubs and since the 1990s it has been treated as a separate sport in its own right. There are even campaigns to include it in the 2016 Olympics.

If you ever venture into one of the Vane Tempest dance studios during a pole dancing lesson, it is probably the exact opposite of what you would expect. Bruised, frustrated and sweaty students attempting to spin, pose and clamber upside down using only their body parts for grip. You could probably mistake some of my moves for a sloth impersonation, desperately clinging onto a pole when my arm strength just isn’t up to scratch.

It’s undeniably tough. If you disagree, I dare you to go upside down on a pole and hold on with only your legs. Don’t fancy it? I’m not surprised. Even the basic spins were a struggle for a while but like any other sport, practice, training and conditioning is needed. In addition to the fact I can now hang upside down from a pole, I have also developed a strong core, arms and legs.

If you think pole dancing is just for girls, we’ll break that misconception too. Pole dancing is for everybody; in fact, the outgoing university society president was a man and the winner of China’s 2007 National Pole Dancing competition was also male.

“But why do pole dancers never have any clothes on?” you may ask. That is a very good question. It’s because we need the grip. You can’t moisturise either before practice. As a nervous beginner, I was terrified of being so exposed in a strappy top and shorts in front of strangers. But this anxiety soon dissipates, not only as pole dancing noticeably improves your figure, but also because you soon realise that no-one at the class really cares due to the strong sense of community. Everyone else is scantily clad and you learn to embrace your body for what it is.

As for sleazy, there is the option to partake in sexy pole workshops involving high heels, but my impression of these is that they are more to do with body confidence and embracing femininity than an income revenue. The only men in the room were the ones trying it out for themselves, one of whom even wore platform heels.

I recently took part in research for a dissertation on pole dancing and was asked if I thought pole dancing lessons for fitness was a feminist movement. On reflection, I certainly think it is. I do it for me, for my confidence, for my body, for my enjoyment. I can embrace the sexy side of it or I can leave it. It is totally my choice. I’m performing for myself, for fun and definitely not for men.

Pole dancing is a demanding sport resulting in strength, endurance and flexibility and if you still don’t believe me, come and try it for yourself.