News has been announced that Durham lecturers will strike for fourteen days in dispute over their pensions this term.

Strike action has been in the pipeline for a few weeks, however concrete plans have now been made. The decision to act stems from an alteration to pension schemes which the University College Union claims will leave lecturers short of £10,000 a year. The current pension scheme (‘defined benefit pension’) promises that a specified sum will be paid after retirement is being replaced by a ‘defined contribution scheme’, whereby the retirement income will depend on returns from money invested in the stock market. Strike action therefore intends to prevent this change.

The current dates for strike action are: 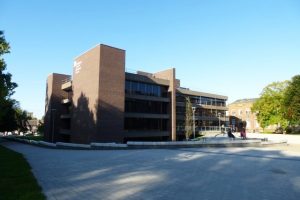 Although media around this issue centres on the injustice towards lecturers, one cannot help but think about the hundreds of thousands of students who are going to miss out on important contact hours. The Durham term is only nine weeks long, shortening it to seven weeks will place unnecessary stress on students to catch up themselves.

As an English student myself, I have six to eight contact hours per week, excluding infrequent tutorials. Although it does not seem like I will be missing out on much content, the lack of contact hours means that these six hours a week are incredibly valuable, in both an academic and financial sense.

On the basis that each term costs students £3000 in tuition, and each term is, on average, nine weeks long, this amounts to £333 per week. Over these fourteen days of strike action, students will lose £666 worth of tuition.

Sally Hunt, the union’s general secretary, has said that “Strike action on this scale has not been seen before on UK campuses, but universities need to know the full scale of the disruption they will be hit with if they refuse to sort this mess out”.

The strike is of course justified, as it intends to exercise rights. However, fourteen days lecture free is going to have serious implications for students.