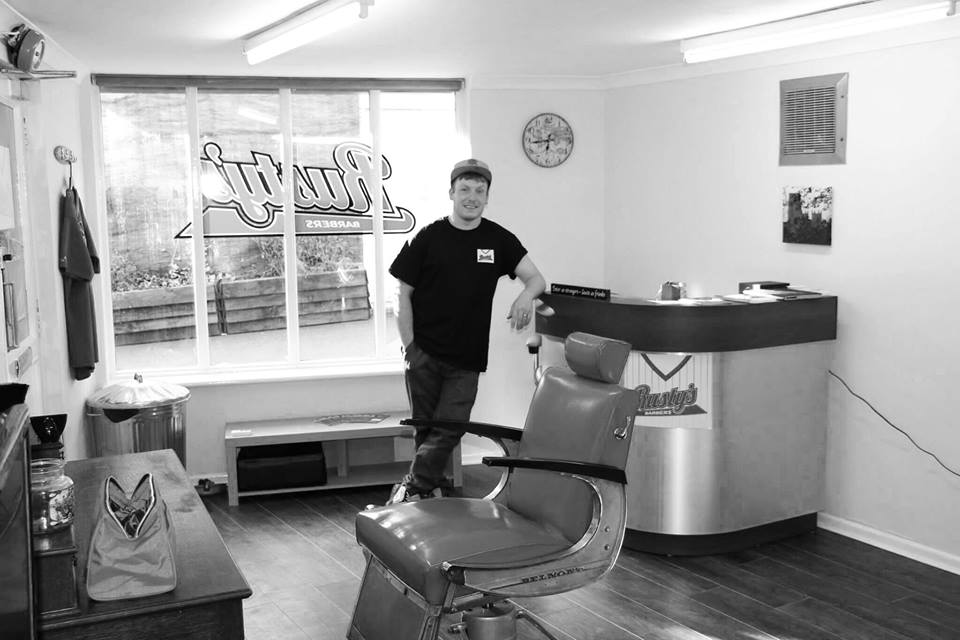 Rusty’s Barbers: a new alternative to the library

From next week Durham University students will have access to a new meeting and study space in the city centre.

James Rainey of Rusty’s Barbers on North Road has confirmed plans to open up an available room at the back of his shop for student use. The space, which is set to include seating and wifi by Monday, would be suitable for society meetings or as an extra working area, with Mr Rainey particularly keen to host chess, poker or FIFA evenings.

The idea has already been met with enthusiasm by Durham students, with Mr Rainey reporting to have received over 100 ‘likes’ on his proposal on the ‘Overheard at Durham Uni’ Facebook page in less than twenty-four hours.

He says that he has ‘always been actively involved with the students’, having a wife and friends who have attended the university as well as having taught break dancing classes for the Instep dance group and attended King’s Church. Having heard that many were facing problems with finding an adequate space for their activities, he ‘naturally wanted to help out’ and was ‘overwhelmed and positively surprised’ by the response that he received.

This enthusiasm from the student body appears to reflect a growing discontentment within the group as to the facilities provided for both studying and extra-curricular activities within the university itself, with developments in the Bill Bryson library set to disrupt work until September 2015. This includes the closure of some study areas, the removal of large numbers of books into storage and a lack of heating. There has also been a notable loss of confidence in the provisions of the Student Union, with the Societies Committee to formally censure the Activities Officer Krystina Warrington for ‘unnecessarily impair[ing]’ activities.

Any individuals or societies interested in utilising this new space should speak to Mr Rainey directly in Rusty’s Barbers, or contact him via the business’s Facebook page.