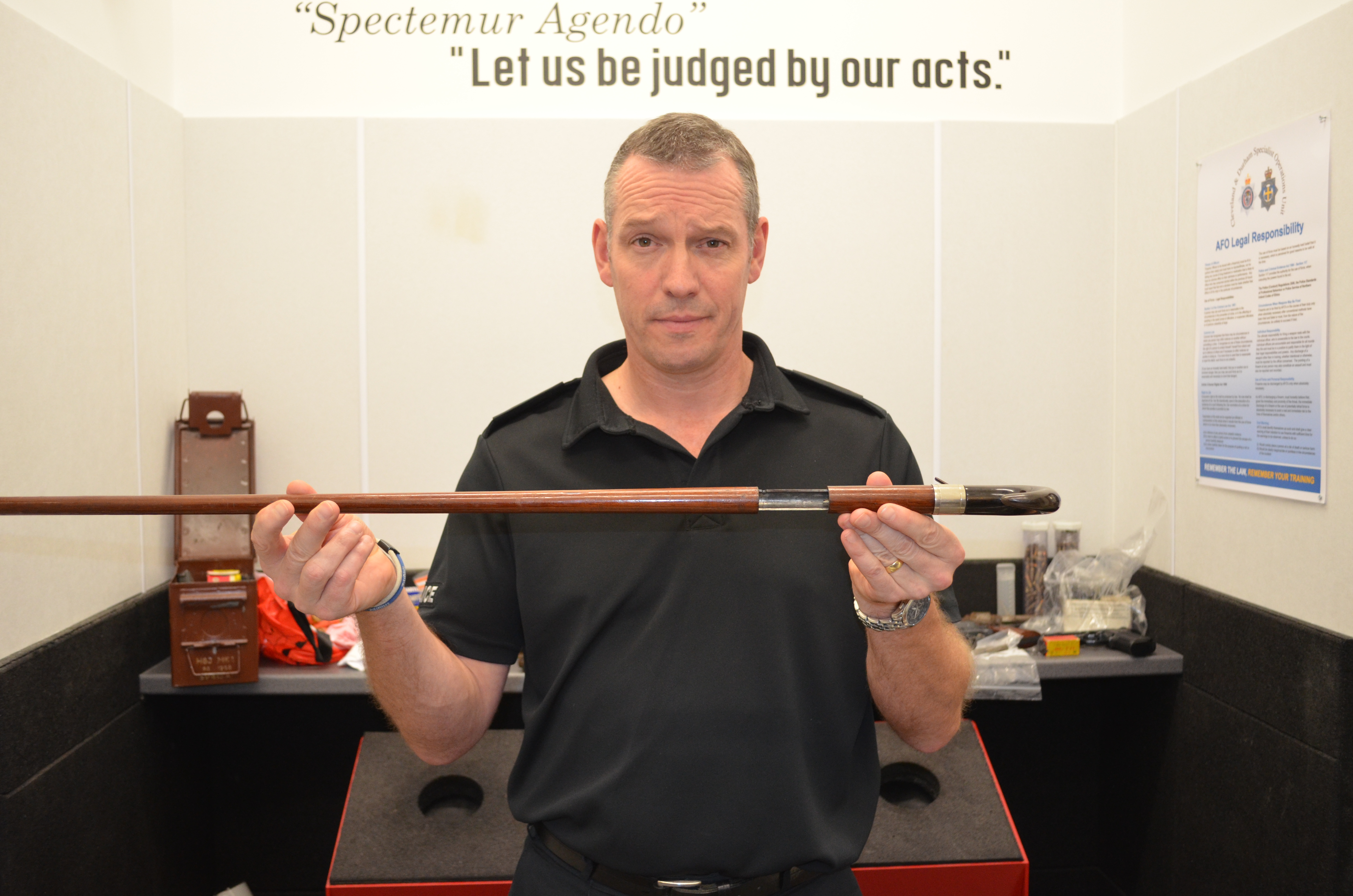 Chief Insp Milne, who co-ordinated the amnesty, holds a walking stick capable of firing a round. It was supposedly used to kill dangerous snakes

A walking stick that can fire bullets, a pistol from World War One and a muzzle-loading shotgun are among Durham Constabulary’s most recent weapons acquisitions.

But thankfully they are not intended for police use, but were handed in by members of the public during a week-long amnesty in County Durham.

From 8 to 16 November, anyone handing in a firearm, ammunition or replica gun at a police station was spared prosecution for illegal possession. The amnesty covered not just firearms but knives and other items classed as weapons.

Dozens of cartridges, shotgun shells and rounds of ammunition were also given up, along with a crossbow and cans of incapacitant spray.

The Bubble was allowed special access into Durham Constabulary’s armoury, located in Aykley Heads, to see the weapons.

Take a look at our gallery to see more. 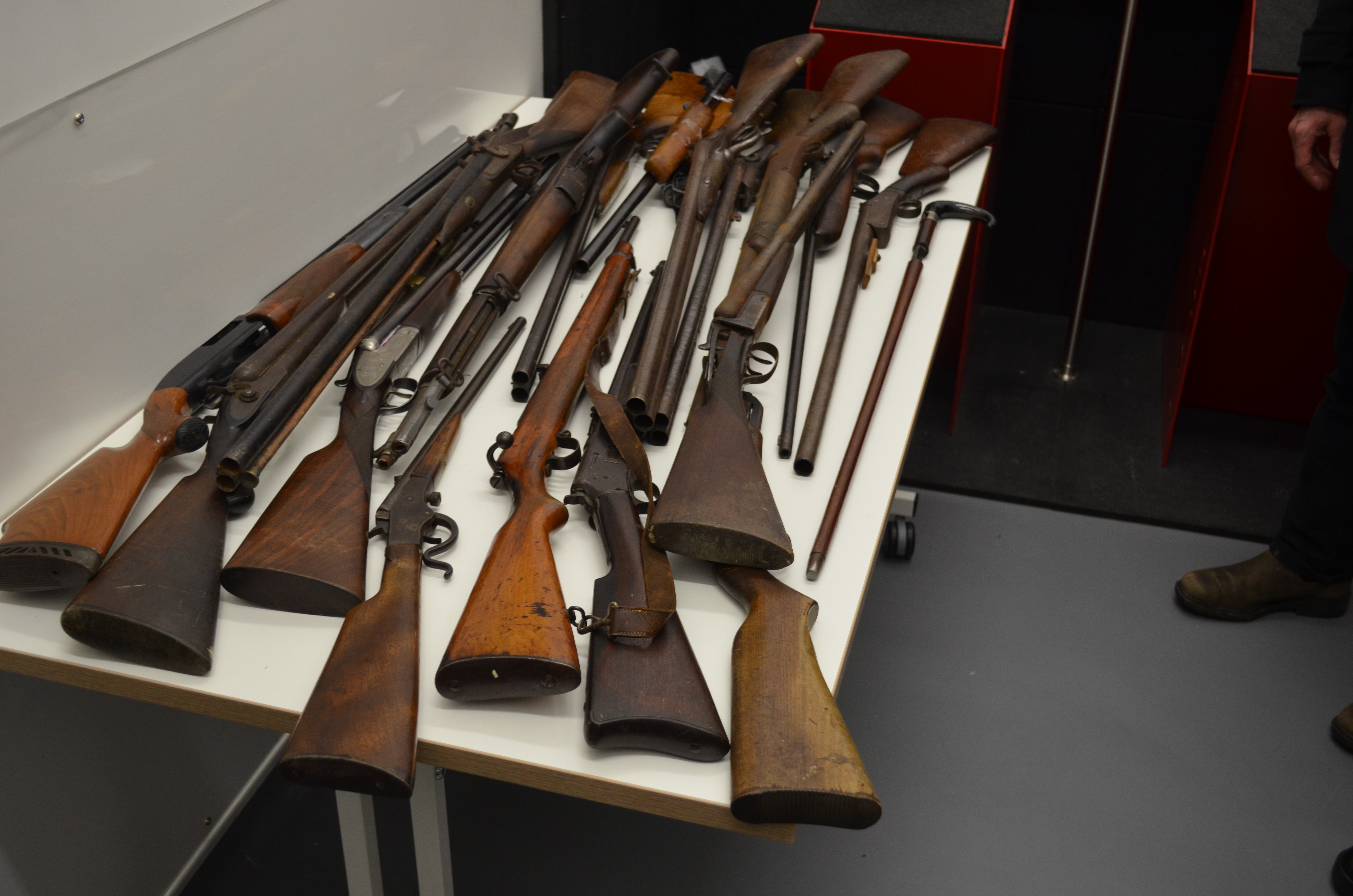 Many of the weapons handed in were antiques 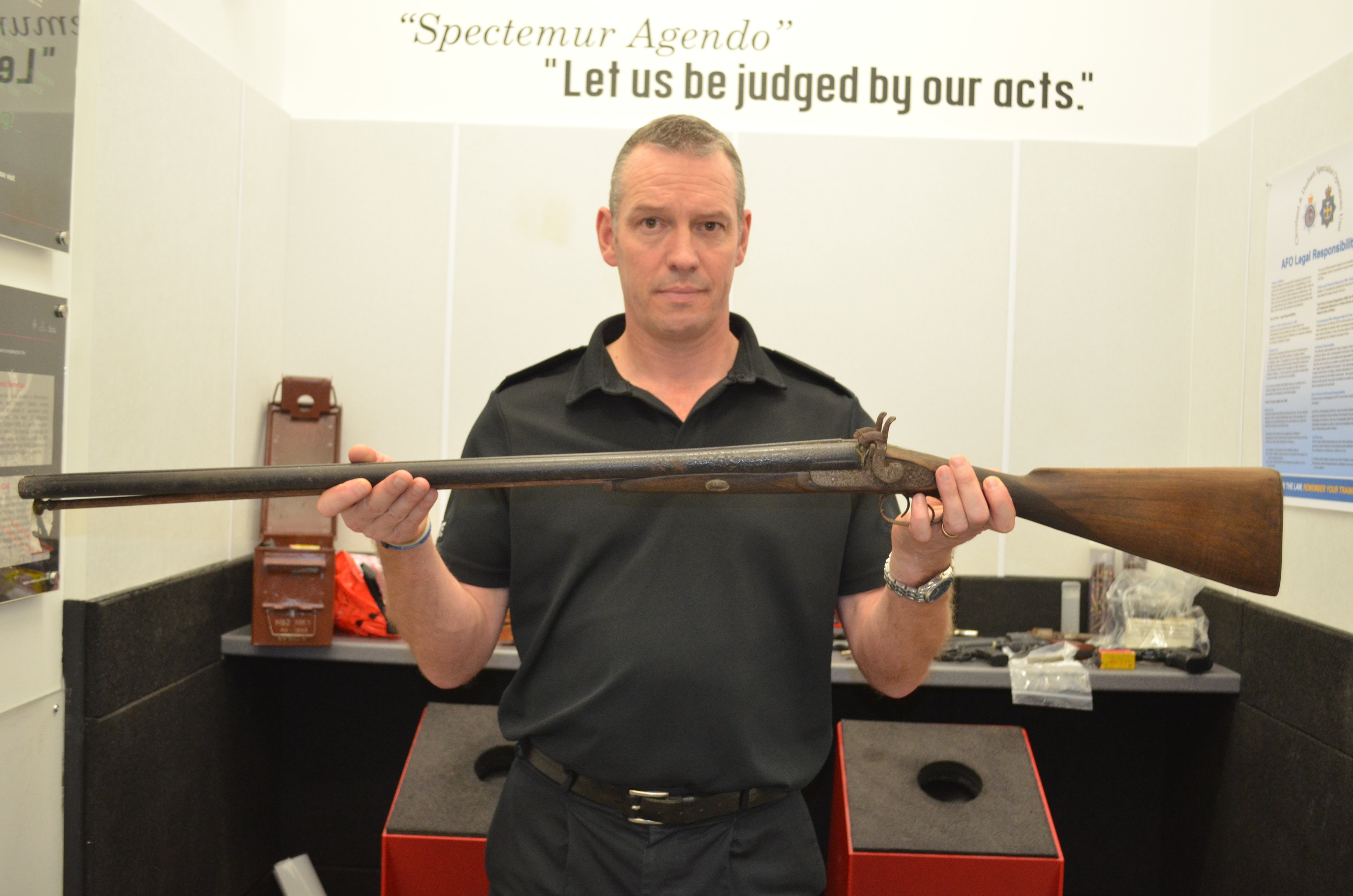 Chief Insp Graham Milne holding a muzzle-loading shotgun, handed
in by an 86-year-old man who said it belonged to his grandfather 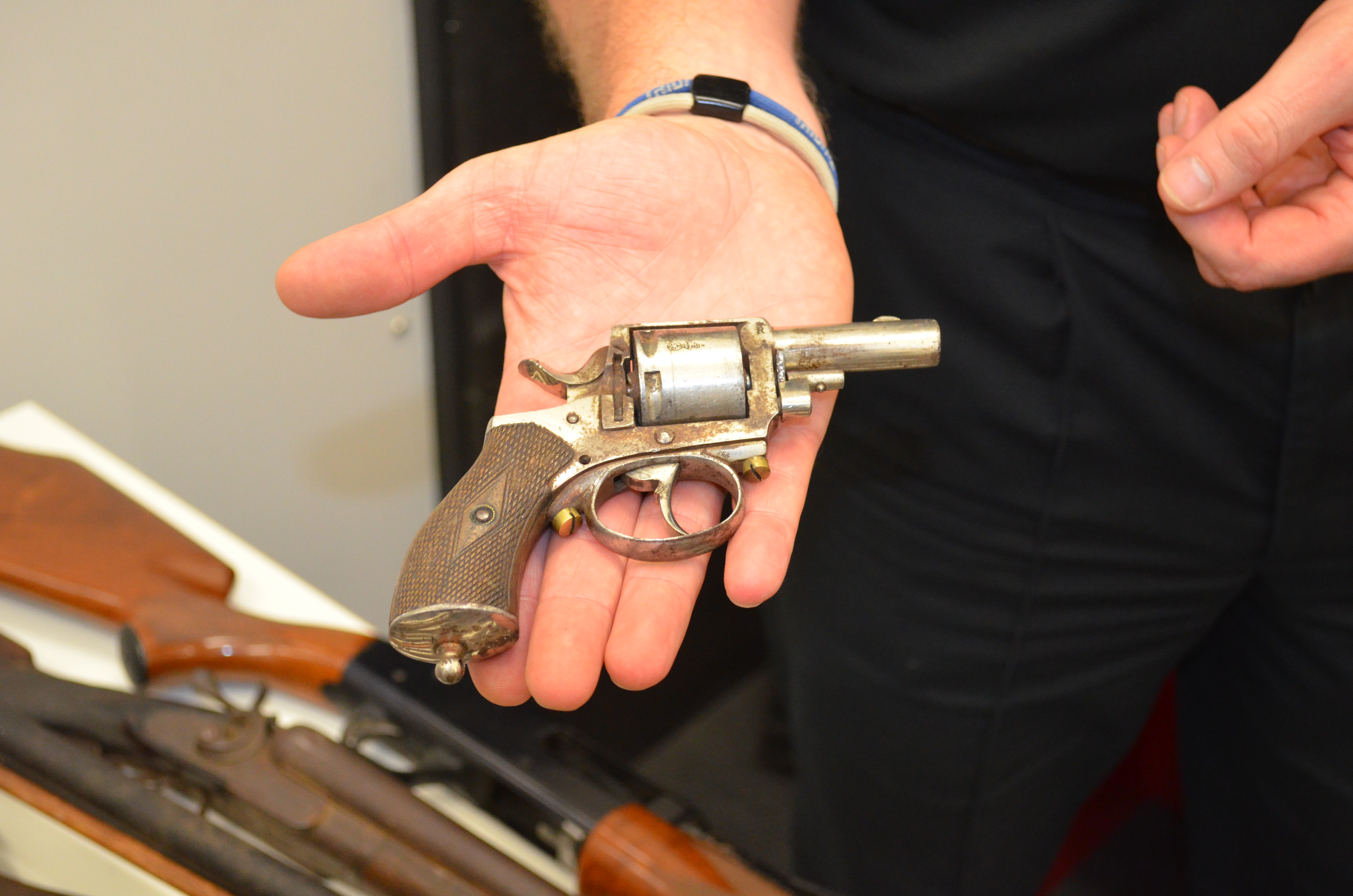 A silver revolver, once owned by an actress 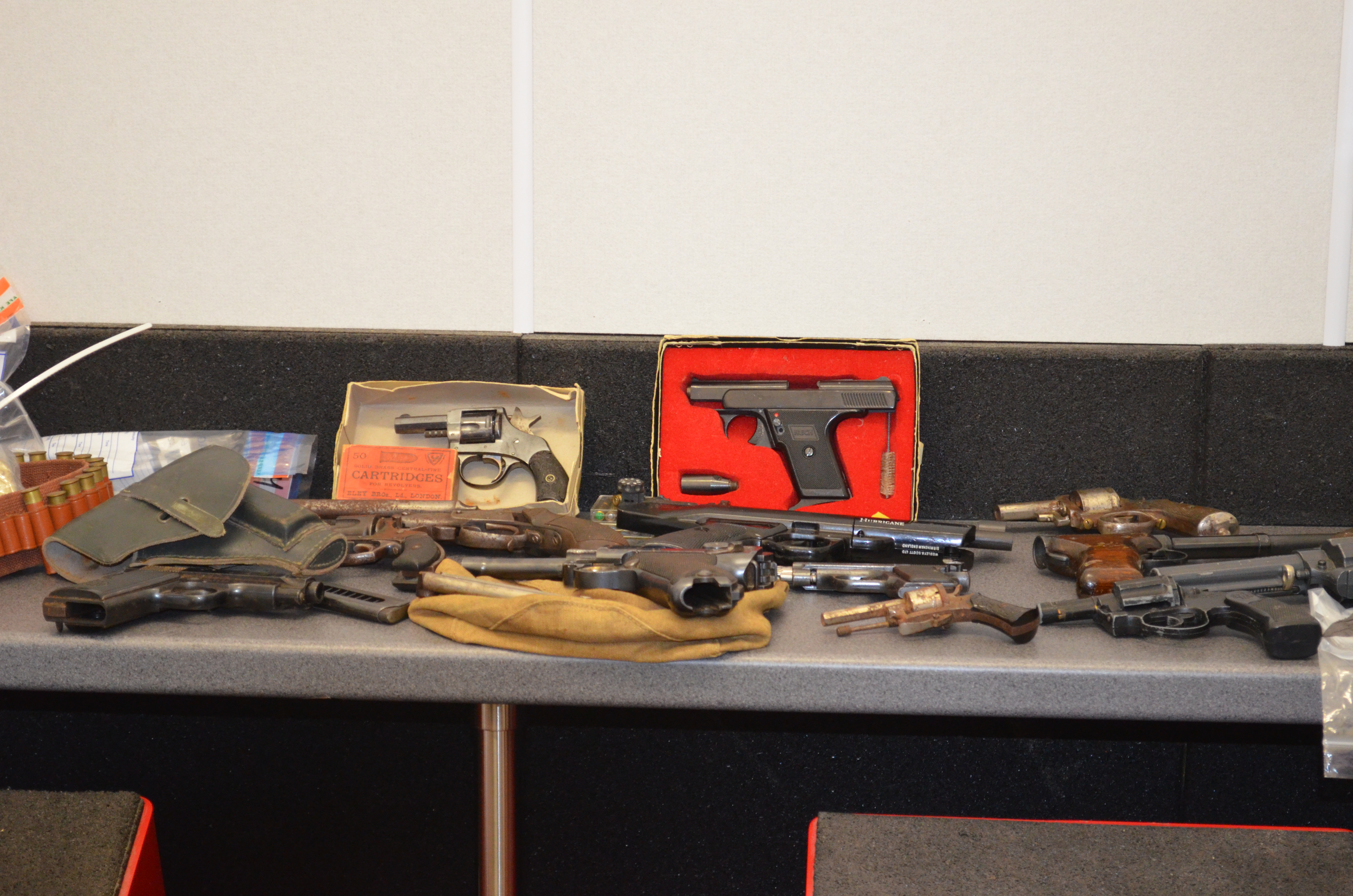 Many of the guns still contained ammunition, although all were
checked by firearms officers to ensure they were safe