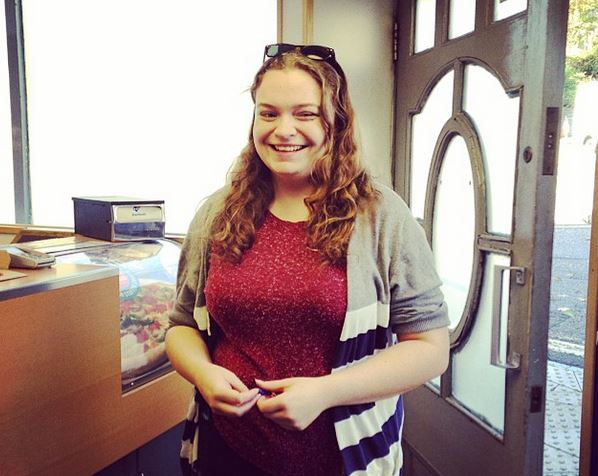 Alice Sinclair, a member of the 20 Minute Society

Takeaway food is a central part of student life, especially for livers-out who are tired of cooking.

Alice Sinclair, a second-year at St Aidan’s studying Law, hit the jackpot by winning a month’s supply of Domino’s pizza with a society that launched in Durham this September.

20 Minute Society sends out a text of a mystery location and gives members 20 minutes to get there, with the first person arriving receiving a prize, such as day trips, cinema tickets, drinks deals or club entry.

Ms Sinclair said: “I received a text saying to get to the Dominoes on North Road, which was fairly convenient given that I live on Western Hill, so I threw some shoes on and headed there asap.

“Two guys actually beat me there – and one tried to get me to leave before I could even get inside. I was fairly happy to still be second, but as they weren’t members, I won!

“It was a fantastic coincidence – being an arts student, I didn’t have a lecture (unlike most of the scientists I know), and the first clue happened to be a few minutes from my house.”

Membership of 20 Minute Society costs £5 per year. If you would like to get involve, email Kristie Russell, the president, at 20minute.society@durham.ac.uk.