Know The Housing Market: How To Avoid Getting Overcharged 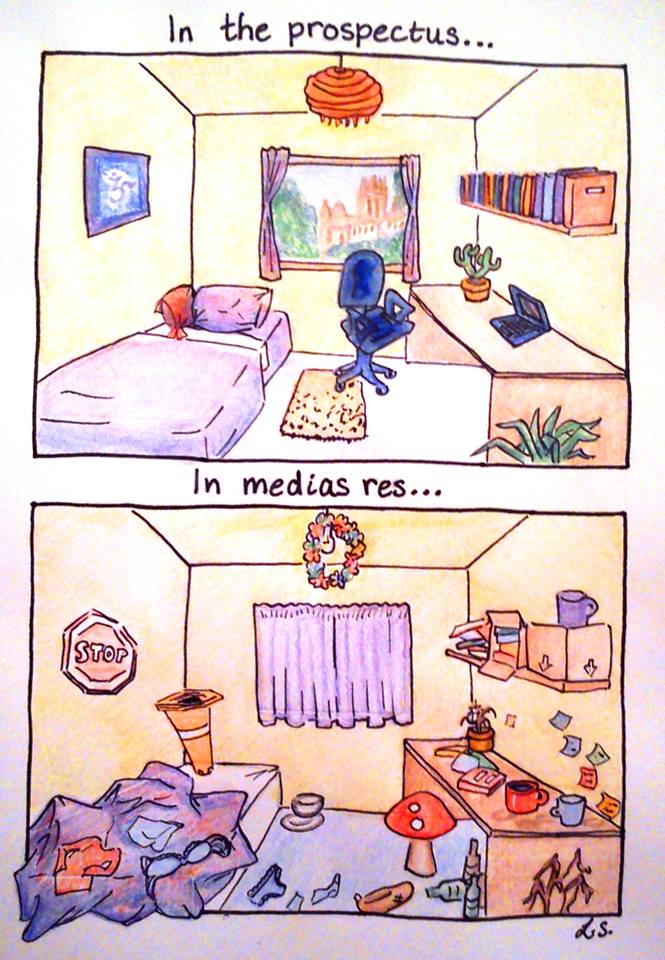 It’s that time of year again! Durham Students’ Union has launched their ‘Stop.Think.Sign’ campaign and the quest for housing has begun again. I’m in my third and final year, so I’m well and truly out of the commotion that comes from trying to find somewhere that not only you are happy with, but also that your future housemates are happy with. One of the first hurdles to get over is budget and the biggest thing here is rent. Rent costs obviously cannot be avoided, but they vary. Knowing the area and what to look out for will help you get the best deal.

For those of you who aren’t new to the housing game and already have experience of renting in Durham, you will probably notice that the cost of rent seems to increase year on year by the odd pound or two. The house that I rented in the Viaduct during the 2013/14 academic year for £79 per week is on the market for the 2015/16 academic year at £95. One student I spoke to who is renting by the Science Site is charged £105 this year, compared to the previous year’s charge of £97 per week, with the house that she rented near Elvet in 2013/14 increasing from £125 to £130 for the 2015/16 year. So you can’t rest on your laurels or the information you gathered last time you signed on the dotted housing contract line.

Students have to live somewhere and often letting agents and landlords know this. Doing your research is the key. The situation changes year on year, so those of you already renting may get something of a shock when you start looking for next year. So, whether you’re new to this or have experience traipsing around other people’s houses, how can you avoid being overcharged?

The key thing is to shop around. Laura Carter, Durham Students’ Union’s Community Officer says that: “We are encouraging students to think carefully about whom they are signing with, when they should sign, where they are signing for and the cost implications involved. Students should also think about shopping around and looking at a number of different houses. This will mean they are less likely to get overcharged.”

Location is a major factor in rent prices, with houses closer to the Science Site and Library often being much more per week. Houses on Elvet or Church Street and in the Viaduct have the highest average rent price of £95, whereas Gilesgate and Neville’s Cross have the lowest average rent at £55. Whinny Hill comes in at an average of between £80 and £90 and Claypath between £70 and £75. There are lots of student properties around and you should probably look around a few in the areas you’re looking at so you can get a good idea of how much house you get for your money.

Another way of avoiding being overcharged is to think carefully about bills. Do you want a bills free option, or do you want to pay the bills yourself? There are pros and cons for each. In my house in both second and third year, we’ve had to organise our own bills. I’m doing it this year and it’s honestly not as much hassle as you might think. If you have a joint gas and electricity contract you only have to deal with one supplier and if you set up a direct debit with the company, you not only save the hassle of making the payments yourself, but you actually do save money overall. I was quoted a saving of £100 per year by setting up a direct debit. If you shop around and use the price comparison websites, you can get a good deal and it may work out cheaper because you only pay for what you’re using, so basically you don’t pay when you’re not in Durham. Obviously there are some downsides. I have been to the houses of some of my friends who have bills included packages and have been green with envy over how warm it is. All the time. My house is generally quite cold because the heating isn’t always on, for obvious cost reasons. Doing your own bills can be a bit of a hassle and may lead to arguments over when to put the heating on, but if you learn to compromise and put an extra jumper or two on, it will be fine. Bills included options save the hassle and you can be warm all the time, but the downside is that it may work out a bit more expensive, so if you’re wanting to save money on rent, this is really something to think about.

We all know that there are so many decisions to be made, but there’s no need to be intimidated by them. There’s no denying that rents can be expensive, but if you shop around and know what’s on offer, you won’t get over charged.

If you want more advice on housing, the Stop.Think.Sign campaign has plenty of information not only on pricing, but also finding housemates and other practical information. Find out more here: http://www.durhamsu.com/main-menu/advice-and-help/accommodation/stop-think-sign