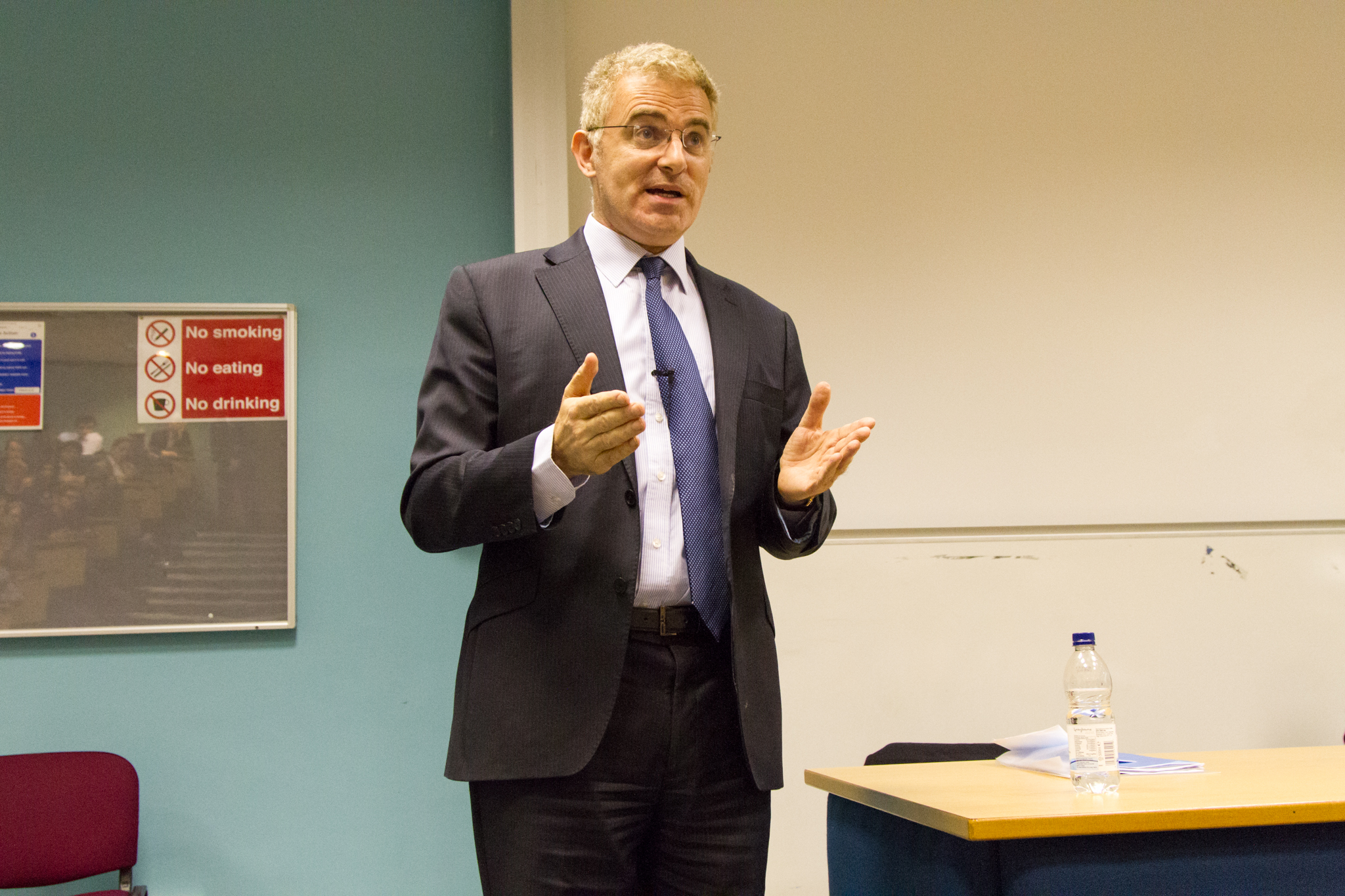 With a huddle of police, a crowd of protesters, and a Sky News van camped outside, the address by Daniel Taub, Israeli ambassador to the Court of St James in London, was not like your usual meeting of the Durham Union Society.

The quaint surroundings of the Pemberton Building on Palace Green were replaced by the bleak concrete of Elvet Riverside, and tightened security meant that no bags were allowed, and any laptops were turned on and checked for protest material.

But the request by Joe Hill, the DUS President, for protesters not to disrupt the meeting was heeded, and the assembled crowd of pro-Palestine demonstrators did little more than hold placards and hand out cupcakes.

One of the protesters, who asked not to be named for personal reasons, told The Bubble: “We held a silent vigil this evening, made up of students and members of the local community, who oppose the fact that a speaker is being invited who is the mouthpiece for the oppression and occupation of a whole population.

“Plus, we stand against the idea that the Union society is being ‘balanced’ by also hosting the representative for the Palestinian Authority this term. We want to stress that this is not a conflict with two equal sides, this is about an occupier and the occupied.”

His Excellency Taub, who has served for two decades at the Israeli Ministry for Foreign Affairs and took part in peace negotiations with the Palestinians and Syrians, spoke for some thirty minutes about what he has learnt during his career.

Opening the address, he was upfront about his credentials, admitting that he was not involved in Israel’s negotiations with Jordan and Egypt, which succeeded in formulating peace agreements. “So that means that I am probably the world’s leading expert in failed negotiations,” he joked. “Anything that I have to say, you should bear that in mind.”

Don’t miss our gallery of photos from the night.

These talks concentrated on achieving minor advances, such as joint patrols in contentious areas, in an effort to create what H.E. Taub described as the “building blocks” of a lasting peace. “So that is what we tried to do,” he said. “But if anything we did not create a spiral upwards, but a spiral downwards.”

The massacre in Jerusalem yesterday – which saw four Rabbis killed while attending morning prayer by Palestinian terrorists – was referred to throughout the speech as evidence that peace is still a long way off. Sky News interviewed Ambassador Taub after the address for his reaction to the event.

To the audience of DUS society members, he went on to describe some of the “painful dilemmas” that made negotiations especially difficult. “For many years we have handed powers and responsibilities over to the other side in return for promises that they will take on the terrorists,” he said. “If they do not, there are things we can do, but they have extremely painful side effects.”

As an example, he said that if the Israelis receive intelligence that a terrorist attack is expected to come out of one of the Palestinian areas, one of the most effective things they can do is blockade those areas to prevent terrorists crossing into Israel. However, this causes hardship for the thousands of Palestinians who travel into the country for work.

“So we have to ask whether we want to stop a terrorist attack today with the risk of fuelling frustrations that could lead to a terrorist attack next week,” he said. “There is no simple algorithm to help you get that balance right.”

Despite stressing the difficulty of achieving peace, he closed his speech with an account of how a visit to Northern Ireland gave him reasons for positivity. “It was very inspiring, because we saw not just how hard it was to reach peace, but also how hard it was to keep that peace alive,” he said.

“Here we were, nearly a decade after the Good Friday agreement, and not a single peace wall in Belfast had been taken down. All of a sudden peace seemed real to us – it did not seem like a utopia, it seemed like something you could touch.”

In a period of questions after the speech, a representative from the Durham Labour Club challenged H.E. Taub’s statements on several points, including about the issues faced by Arabs assimilating into Israeli society.

Ambassador Taub said that Israel is a “multicultural society”, and appealed to the West to help to foster Israeli-Palestinian community relations, rather than adding more “negative energy” to the conflict. 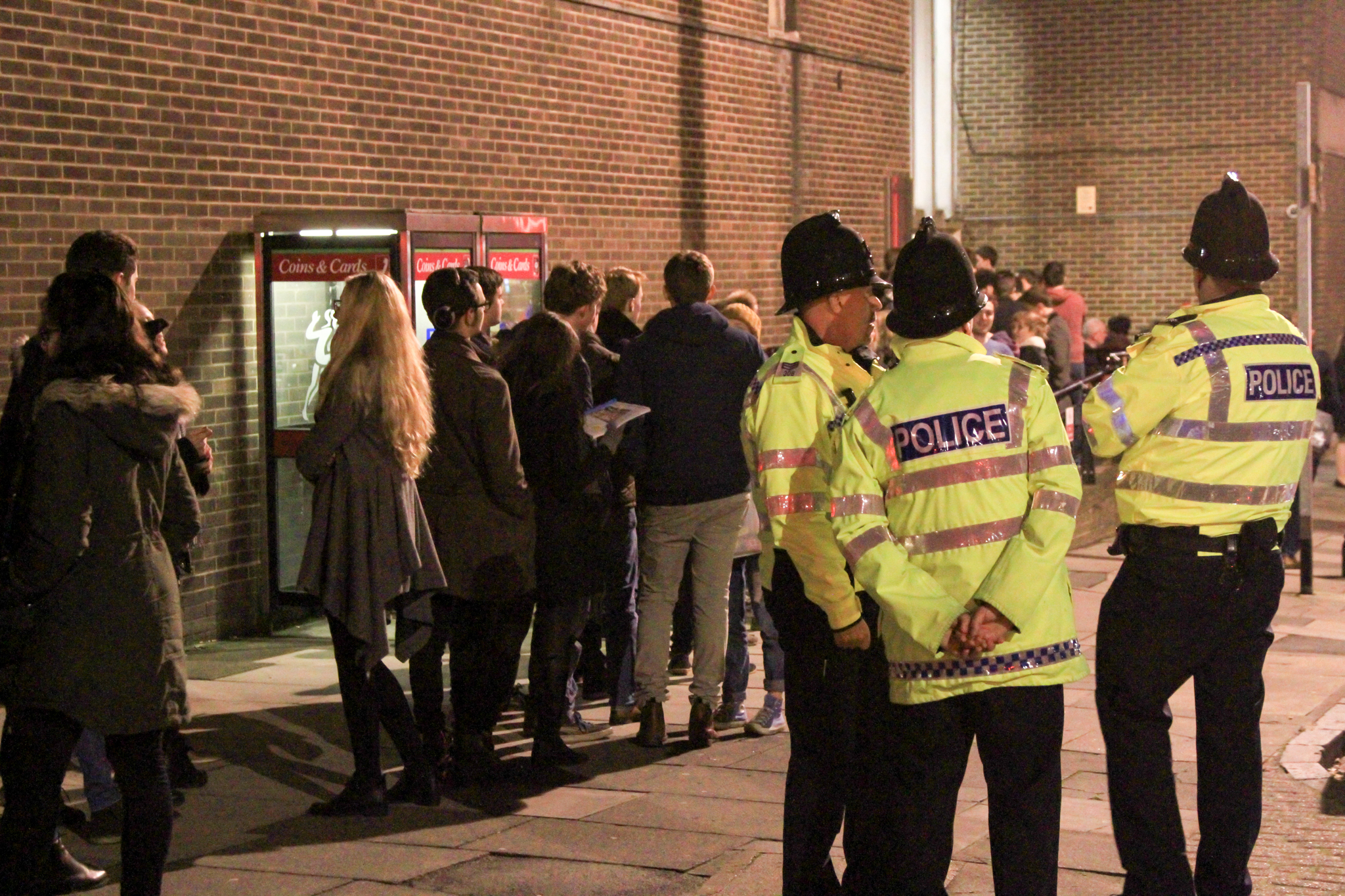 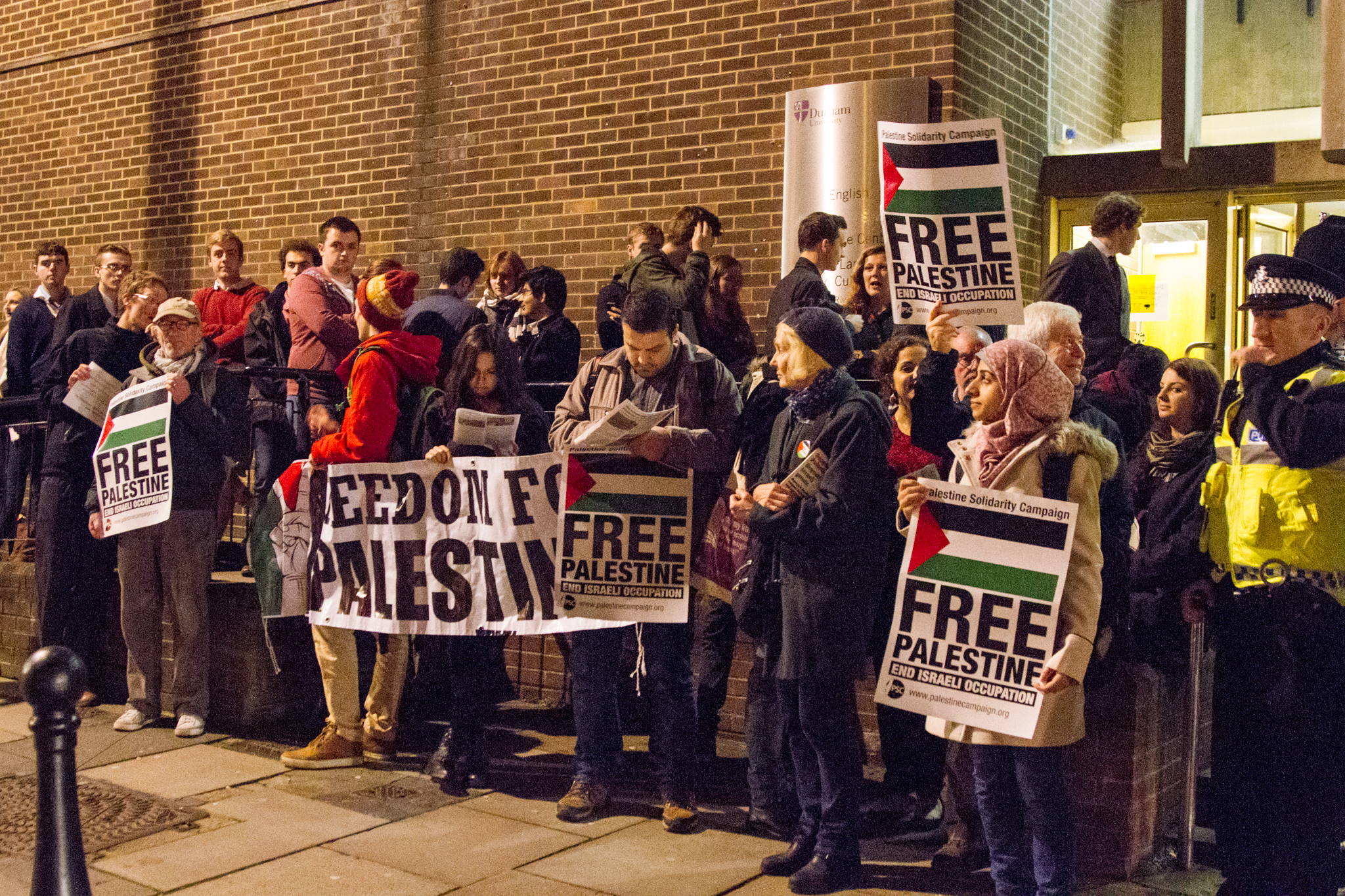 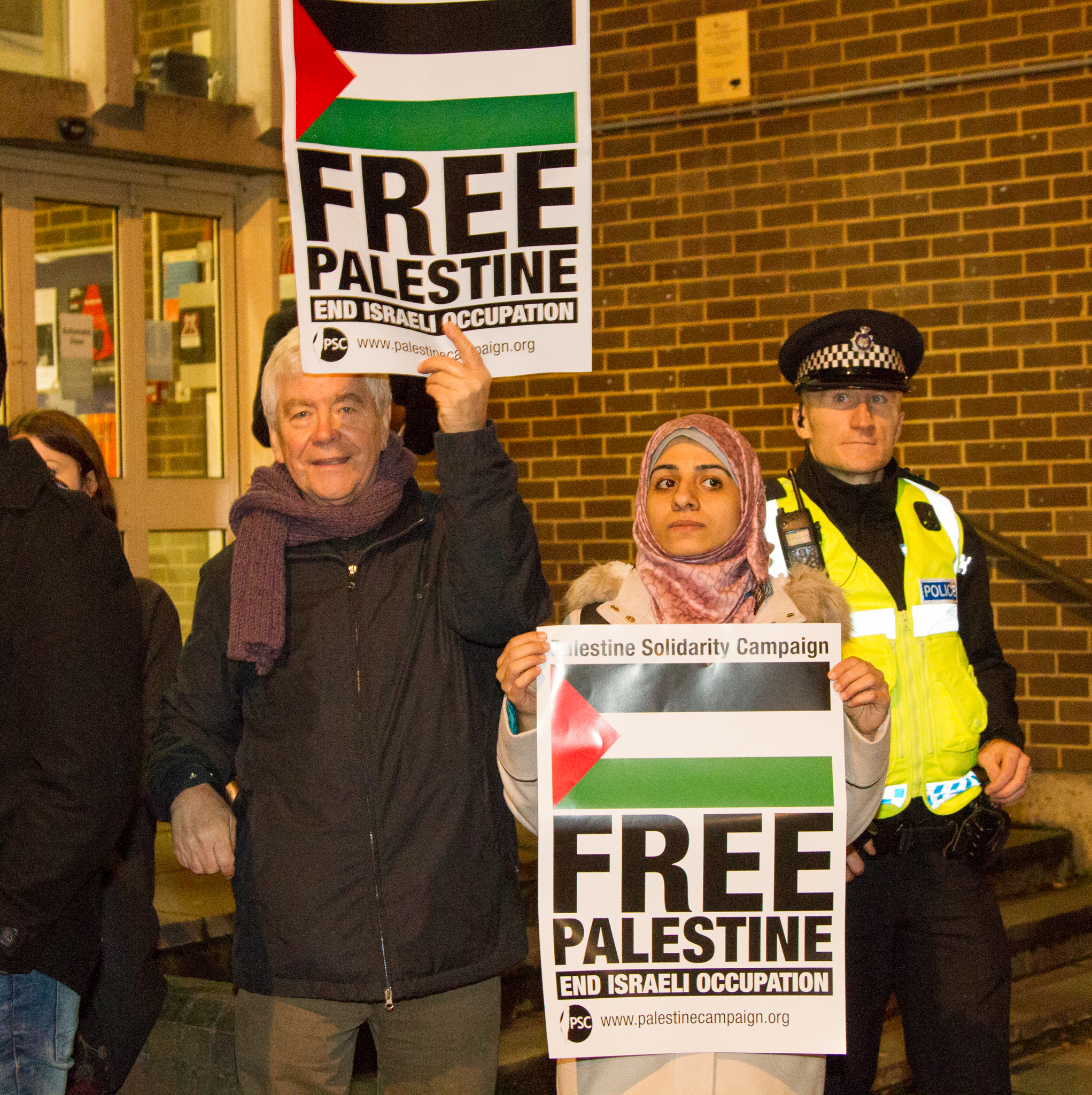 Students and local people joined together for the protest 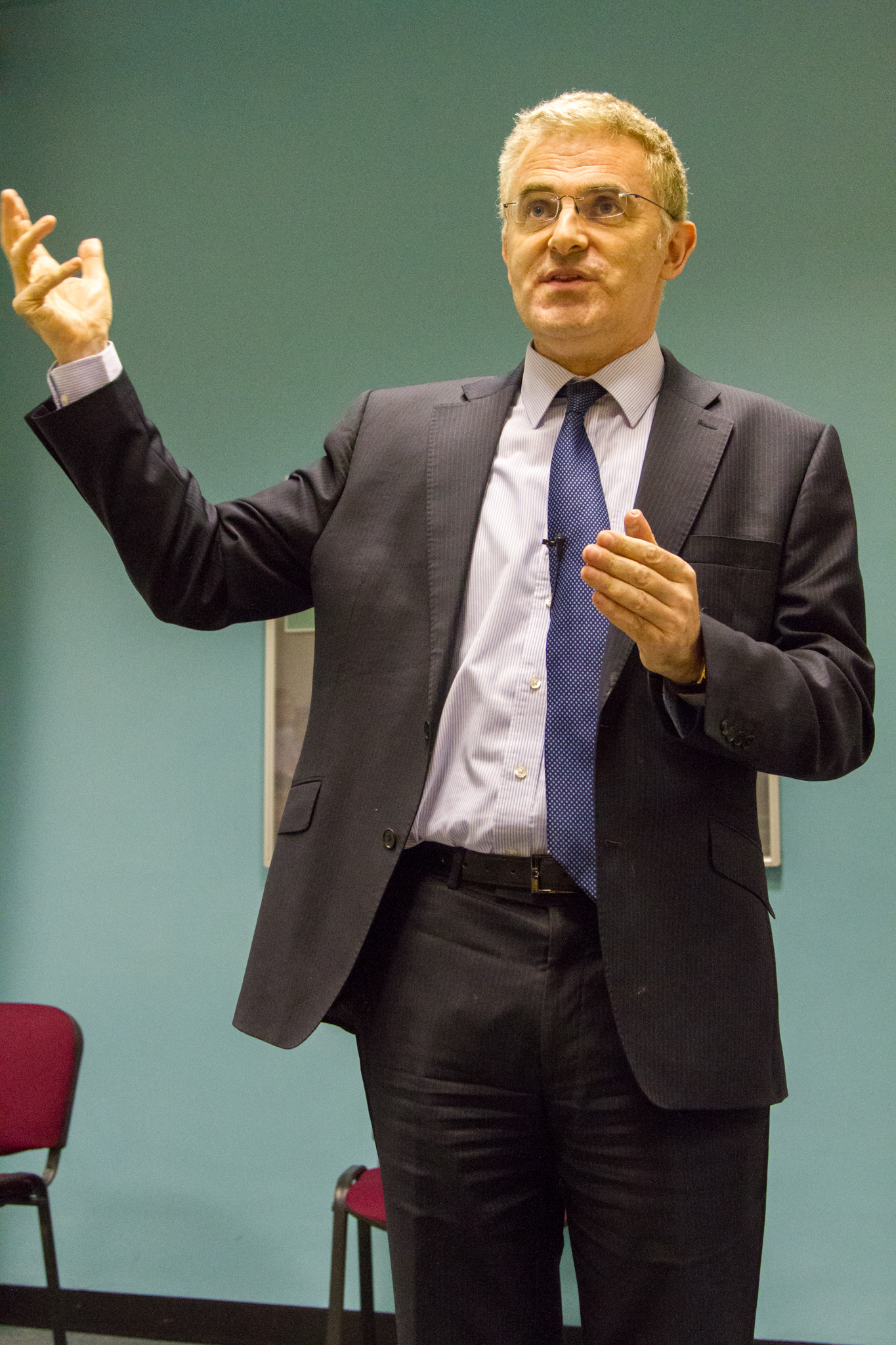 Check back on thebubble.org.uk for coverage of the address by the diplomatic representative of the Palestinian Authority on Wednesday 3 December.