Is celebrity culture an unhealthy obsession? 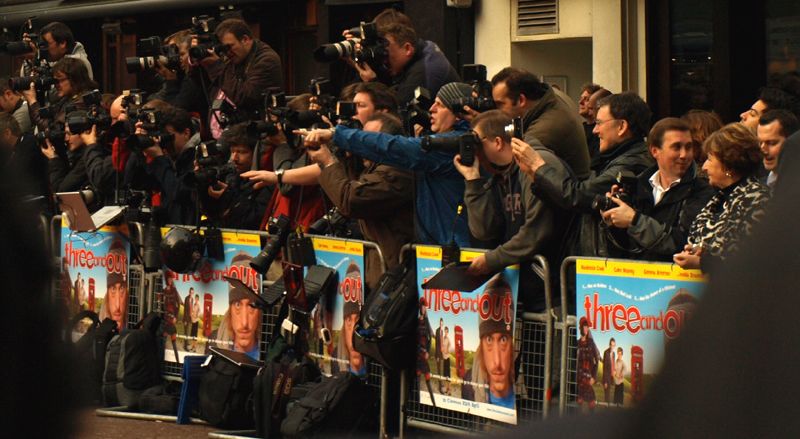 We live in a media-saturated, celebrity-obsessed society. This is nothing new; we only have to look back to the Beatlemania phase of the 1960s to see something which can easily be likened to the fans of One Direction today. However this celebrity obsession appears to have been sensationalised in modern society and is more visible due to the instant delivery of celebrity gossip through a web of social media. There is no denying that this culture thrives in the United Kingdom and surely we must question whether this is healthy. I am by no means the first to call this into question; however with the recent barrage of stories, which were published in a vast variety of mainstream media, it may be prudent to re-evaluate our relationship with celebrity culture.

Celebrity culture is by no means a wholly negative phenomenon. However I think, like a lot of things, it is a question of how it is used. For example, many campaigns for charities have thrived under the inclusion of celebrity involvement, such as the Ice Bucket Challenge. Although not everybody who took part donated, ALSA reported that they received over 100 Million in donations in just under a month last year. Undoubtedly, celebrity participation (and therefore celebrity culture) had a massive effect on this figure. Another more recent example was comedian Jason Manford encouraging his fans to donate advent calendars to their local foodbanks, which resulted in a surge in donations. An example of awareness-raising campaigns may be Emma Watson’s involvement in HeForShe . There is such a huge pool of examples to draw from that show how celebrities use their fame and the media culture in order to do something for the greater good. It is important to note how this culture is used by those in the spotlight in order to highlight charitable or awareness-raising campaigns.

However, it is not simply for charitable causes that celebrity culture can be a positive thing. For many, the fan groups of these celebrities allow them to discuss a figure they admire with like-minded individuals. Whether people are part of the “BeyHive” or the “CumberCollective”, it provides places of discussion about what new project their favourite celebrity is undertaking. Some “fandoms” can also foster creativity through the fan fiction or fan art that is produced. Generally these fan groups are also supportive; many believe there is a sense of community (or some even go as far to say family) within these groups. At the end of the day, these fan communities are formed in order to admire a talent and art forms, so surely there is a good intention to this celebrity interest?

On the other hand, with the public becoming ever more interested in the lives of their favourite celebrities, it is hard to draw the line between what is merely appreciation and what is obsession. For example when people are so invested in celebrities that they self-harm in the case of #cutforbieber and have to be urged by their favourite celebrity to stop, then surely celebrity culture has gone too far? Surely this shows that people are too emotionally invested in their favourite celebrities and that they, in part, vicariously live through the celebrity culture? I’ll highlight two recent examples in which we see how our relationship with celebrities has become skewed and unhealthy. For instance, was the argument for Jeremy Clarkson staying on at Top Gear simply, as people claimed, due to the fact that he had made so much money for the BBC and not at all influenced by a selfish impulse to keep him and his co-presenters on our screens? If this isn’t the case then is the want for humour and entertainment overriding the fact that if anyone else had had a “fracas” with their colleague, that they would be out of a job quicker than you can say “jobseekers”? Or am I merely being overly sensitive and in fact assault doesn’t count when it is a celebrity which we know and love? Or how about the case of Zayn Malik leaving One Direction? A fair few fans of the band were distraught at the news – understandably, some may say. However, some businesses were reporting that employees had requested compassionate leave on these grounds. Surely this doesn’t seem right? At the end of the day, compassionate leave is for grief, not because a man has quit his band.

Has celebrity culture also gone mad when we can list those that are famous simply for the sake of being famous? Exemplary of this are the Kardashian sisters and others, who are the epitome of the phrase “sex sells”. Another prime example of this is Katie Hopkins, a woman whose incessant stream of venomous and controversial comments is the only thing keeping her in the spotlight. I do wonder how long her career would last if ‘This Morning’ stopped calling her every time they are doing a topic which divides opinion. The issue with these comments is that they have no positive effect as they don’t even encourage a stimulating debate. With this league of fame for the sake of fame, are we then paying attention to the wrong people? Surely there are others that are more deserving of our time and attention?

My conclusion therefore is this: celebrity culture is not wholly unhealthy when used in the correct way. If people have fame for a genuine earned talent, who use it to promote good causes then surely this is a good thing. However, this really is a two-way street. The media need to stop intruding in celebrities’ private lives and we need to stop this obsessive desire to know every little thing about our favourite famous figures. We are at the stage where it is no longer enough to merely appreciate what a celebrity has brought to the world, whether it be art or otherwise. My biggest fear is that our generation will be remembered for vicariously living through a gossip magazine or gossip-riddled social media, as there has to be something else aside from this obsession.