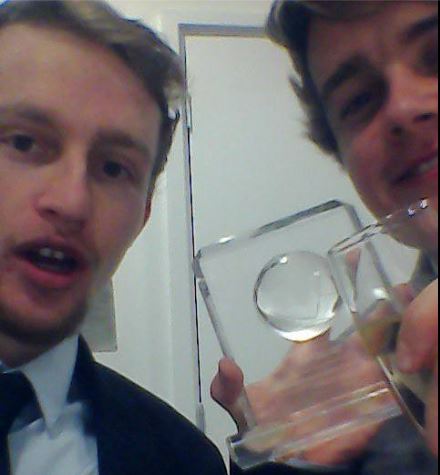 Two engineering students from St Mary’s College, who promoted the eating of insects as part of their project, Student Grub, have won a trip to the Amazon after securing victory in the npower Future Leaders Challenge 2014.

Finlay Milner and Sam Shuttleworth promoted the environmental and economic benefits of eating insects in the UK as part of the competition, which challenges students to help people reduce the amount of energy they use.

They will go to the Brazilian side of the Amazon rainforest in June 2015, to help the Huni Kui people install solar panels and a sun-powered water pump.

The victory rounds off an exciting few months for the Durham duo, who have appeared in local newspapers – including the Durham Times and Northern Echo – and been interviewed by BBC Newcastle.

They promoted recipes such as grasshopper kebabs, banana cake with mealworms and chocolate-covered crickets in an attempt to reduce the prejudice about eating insects in Britain.

Finlay Milner told The Bubble: “Seeing our project take off in the media in the North East was pretty cool. Being interviewed by the BBC especially, we had never done anything like this before so it was nerve racking but exciting at the same time.

“It feels fantastic winning this award; we put a lot of hard work into this project so it is great seeing our hard work paying off. The prize of going the Amazon rainforest is a once in a lifetime experience so safe to say we are excited.

“For the moment student grub project is on hold, it has been difficult balancing arranging events for student grub, our engineering degrees and other commitments we both have.

“So for now I think we are both going to focus on our degrees. I would love to continue though; it’s been great watching how people have react to our project as it’s grown.”