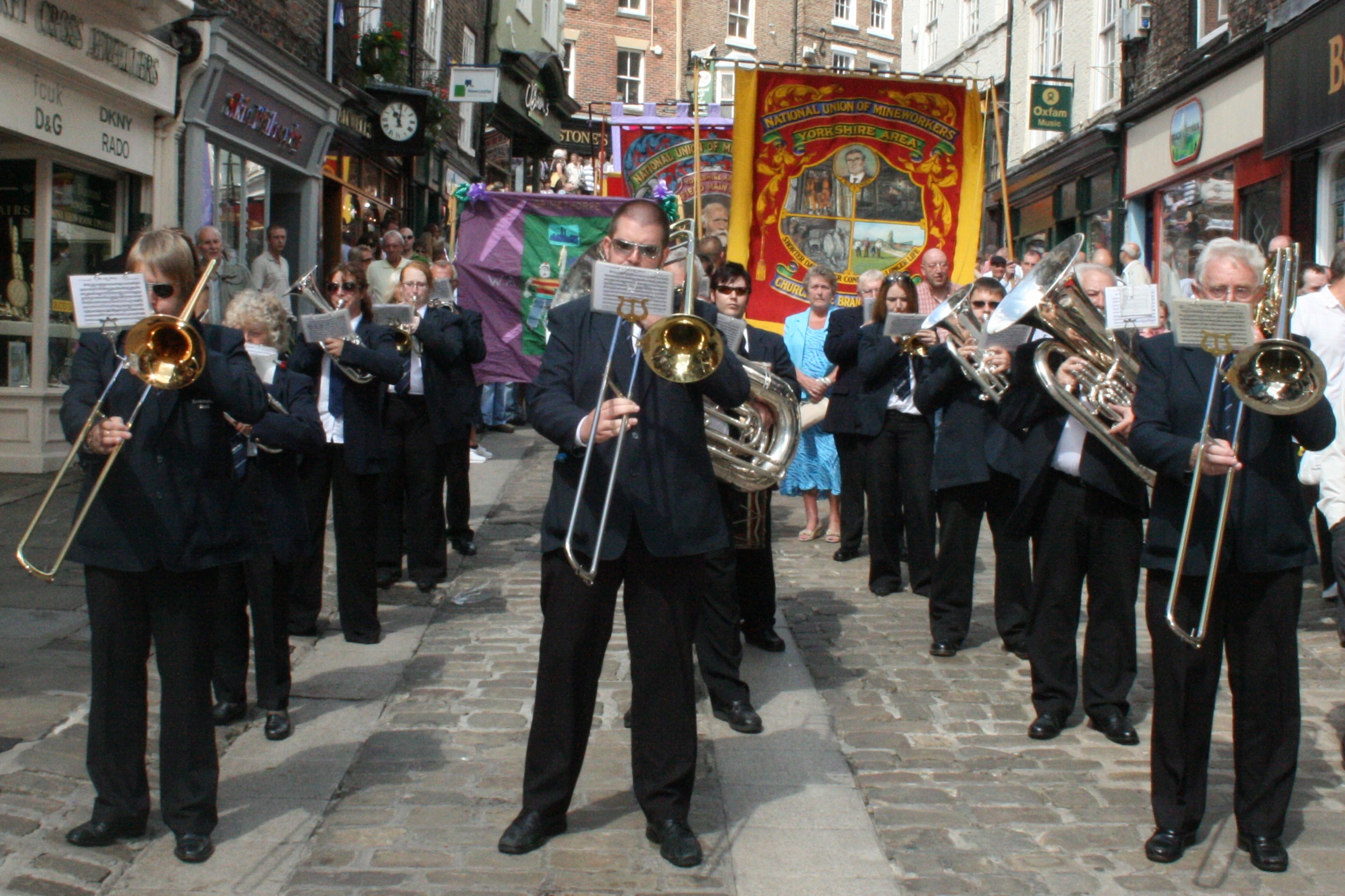 The future of the annual Durham Miners’ Gala is at risk because its organisers face huge costs after a failed legal case.

The Durham Miners’ Association (DMA) released an appeal on its website on Monday, in which the General Secretary, Dave Hopper, appealed for donations from supporters to “ensure the future” of the event.

The DMA lost a six-year legal bid to secure compensation for former miners suffering from osteoarthritis of the knees, and has to pay out £2.2 million in costs.

The Gala, known locally as the “Big Meeting”, involves thousands of people marching through the streets of Durham, accompanied by trade union banners and brass bands. It takes place every July, and began in 1871.

Mr Hopper said: “The cost of the Gala is increasing year on year. £26,400 alone is spent subsidising the brass bands, which are an essential feature of the Big Meeting and give us so much pleasure on the day.

“It is self-evident that without a viable source of income the Durham Miners’ Association cannot fund the Gala indefinitely.”

Pat Glass, Labour MP for North West Durham, described the news as a “blow”, and urged the public to support the appeal.

“It is a fantastic, colourful, annual event that attracts hundreds of thousands of people from Durham County and across the United Kingdom to remember the hard work, sacrifice and struggle of the miners and mining communities across County Durham.

“By ensuring the continuation of the Durham Miners’ Gala we help ensure that this hugely important part of our heritage continues for generations to come.”

Mr Hopper added: “We believe that this is a people’s Gala and if we have thousands of people giving a little each year the Gala will be safe.