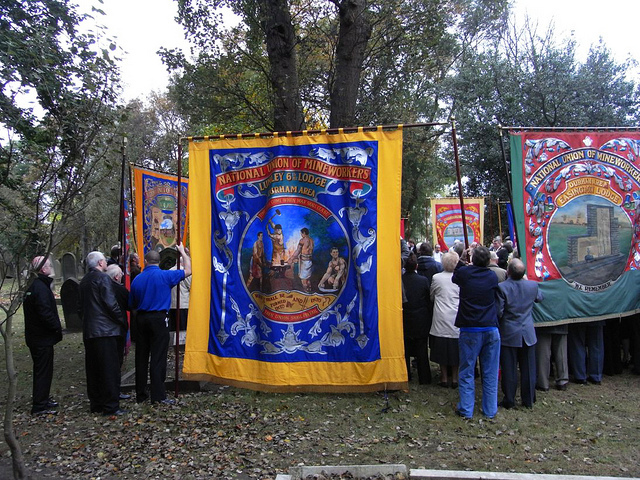 The head of the trade union that represents former miners in County Durham has described the Labour Party as a “second division Tory Party” and a “shadow of its former self” in an interview with The Bubble.

Dave Hopper, General Secretary of the Durham Miners’ Association blasted the party for abandoning working people in favour of big business power and greed. He also criticised the Labour leader, Ed Miliband, describing him as a “career politician”.

The comments were made in an exclusive interview, which will be published in full on Friday.

In response to a question about whether the Labour Party still represents working people, Mr Hopper said: “No, no, definitely no. It is representative of big business power, greed, gluttony, you name it. The Labour Party, in my opinion is a shadow of its former self, it is a second division Tory Party really.

“You’ve seen the parties: they are all dressed the same, they all talk the same, and most of them vote the same. I think the Labour Party has been stolen off the working people by intellectuals and academics and people in there for careers.”

The trade union firebrand added that Ed Miliband, the Labour leader, is “typical of the people who have taken over the Labour Party”.

Interview highlights – “I think the man who had it right was Guy Fawkes. You know, he was the man who should have been victorious.”

Roberta Blackman-Woods, the Labour MP for Durham, was unavailable to comment.

But Hani Abdellatif, Co-Chair of Durham University Labour Club, said Mr Hopper’s comments were made “from his heart, not his head”.

He said: “I think people like Dave Hopper are heroes. He’s stood up in solidarity with his colleagues for his whole working life, helping to preserve the community he loves. His criticisms of the Labour Party I’m sure are heartfelt, but by that same token come from his heart, not his head.

“I doubt he will find a Labour grassroots activist who does not act in accordance with a set of values: that we are today and we must always strive to be, first and foremost, a party that provides for the needy, that represents appropriately the people who vote for us, that listens to the democratic will of combined labour and that acts compassionately with a conscience fired by the memory of the exploitation of the weak by the strong.

“We in the Labour Party must listen to groups like the Durham Miners Association, not distance ourselves from them. After all, the unions built the platform we speak from and we must not let them, or the working people we represent, down.”

Read the full interview this Friday for more –

“Thatcher’s government has done more damage to the Durham mining villages than Adolf Hitler during the Second World War.”