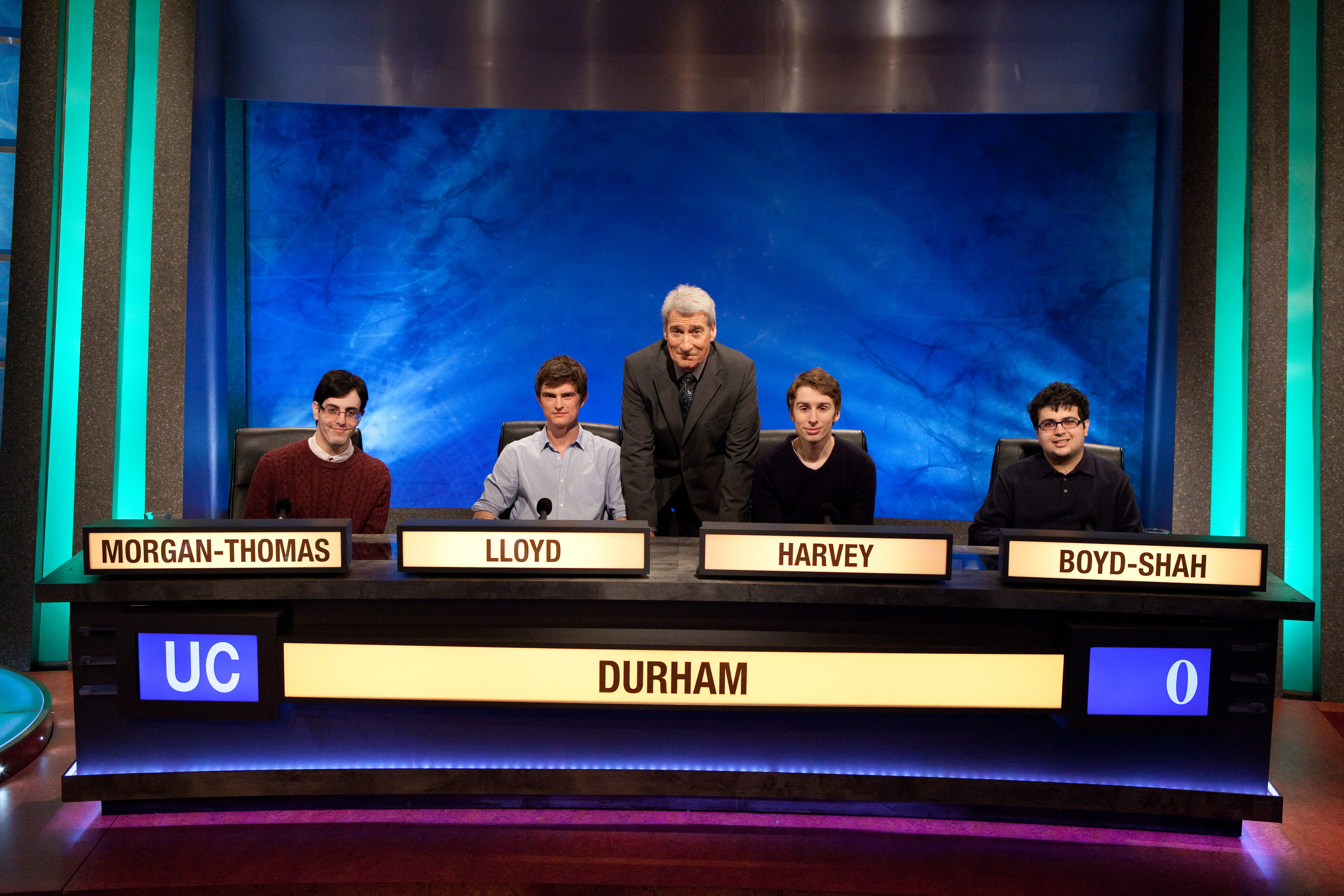 The teams were tied with three minutes to go

The quartet of Morgan-Thomas, Lloyd, Harvey and Boyd-Shah began strongly, answering correctly on the first two starters and bonuses.

Then York stepped up the pace, and the gap narrowed so that with three minutes to go both teams were tied on 165.

Durham won 210–160. It remains to be seen if they can replicate the success of the university’s last winning team in 2000.