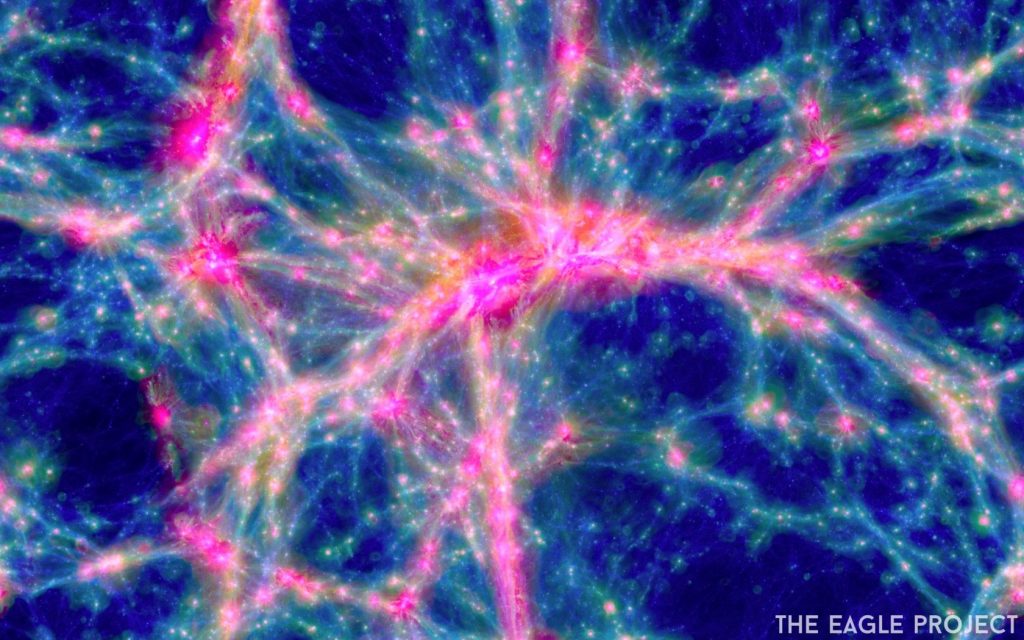 Simulations of the evolution of the universe relating to the work of Professors Frenk, Theuns and Jenkins (Credit: The EAGLE Project)

Four Durham University professors have been named in the Clarivate Highly Cited Researchers 2020 list from the Web of Science Group. The list recognises scientists and social scientists who have multiple research papers that are within the top one percent in their field in the Web of Science citation index. Geographer Harriet Bulkeley and Cosmologists Carlos Frenk, Adrian Jenkins and Tom Theuns are among 6,167 researchers to be recognised in this year’s list, demonstrating their influence amongst other academics’ work.

Each of these influential individuals have been involved in advanced research. Professor Bulkeley is coordinating the European NATURVATION project as well as being a member of the REINVENT project, currently investigating solutions to our current climate issues as well as decarbonising urban areas and industry.

Professor Frenk, founder and former Director of the Institute for Computational Cosmology and current Ogden Professor of Fundamental Physics, recently gained recognition for his research into cold dark matter and was awarded the Paul Dirac Medal and Prize by the Institute of Physics. In addition, he was also named “Nobel Class” by Clarivate for his studies of galaxy formation and evolution, cosmic structure and dark matter halos.

Speaking of these researchers’ place on the Clarivate list, Durham University’s Professor Colin Bain, Vice-Provost (Research) said: “Durham University’s research continues to be amongst the very best, something that is underlined by the fact that our research is highly cited by fellow research around the world.

“To be among the top one percent of researchers on the planet is fantastic and I congratulate Harriet, Carlos, Adrian and Tom for the extremely high quality of their research work and for this outstanding achievement.”