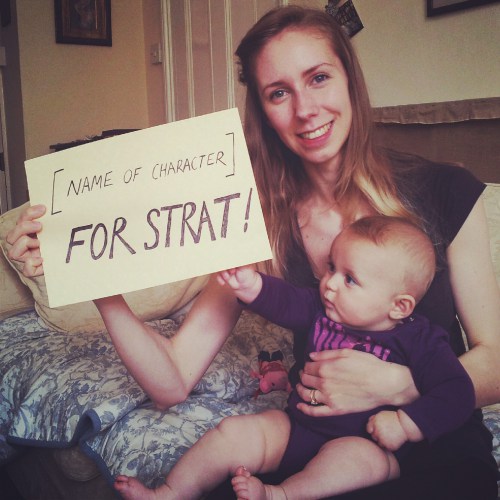 A Durham graduate has launched an extraordinary social media tribute for her father, who is terminally ill with prostate cancer.

When Sophie Caldecott heard that her dad, Stratford, was into the final stages of the disease, she decided to harness the power of social media to support him.

“Dad said that seeing Mark Ruffalo and his message of support felt like a dream. He has always loved the character of the Hulk.”

As Stratford loves The Avengers – a superhero film based on the Marvel Comics superhero team of the same name – Sophie is asking the cast members to tweet a photograph of themselves with a message to him.

She is also appealing to the public to help by taking photographs of themselves and posting them onto Twitter under the tag #CapForStrat. Any messages of support will be printed off and shown to Stratford. 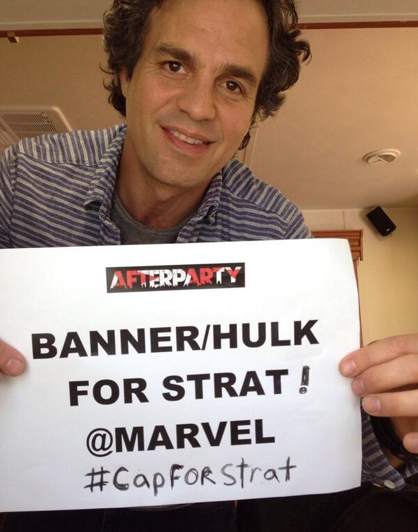 Mark Ruffalo, who stars in ‘The Avengers’ with a message of support

So far most of the film cast have taken part, including Mark Ruffalo, who plays The Hulk.

“Dad said that seeing Mark Ruffalo and his message of support felt like a dream. He has always loved the character of the Hulk,” Sophie wrote on her blog.

“We’re going to keep tweeting and instagramming the Marvel actors to see if we can assemble a few more heroes for dad over the next few days. If you want to, why not take a selfie for Start holding a sign to let the actors know what we’d like them to do?”

As well as cheering her dad up in the last stages of his illness, Sophie aims to raise awareness about the symptoms of prostate cancer.

“Let’s encourage all the men in our lives, especially the ones over 50, to be aware of the signs of prostate cancer, and to request a test for it if they ever suspect something is up,” she said.

“Since starting this campaign for my dad, several friends have told me that their dads also got diagnosed late, so I know I don’t just speak for my family when I say that most of us really aren’t aware of what prostate cancer looks like till it’s pretty advanced.”

You can take part in the campaign by posting a photograph with your message of support on Twitter using the tag #CapForStrat.