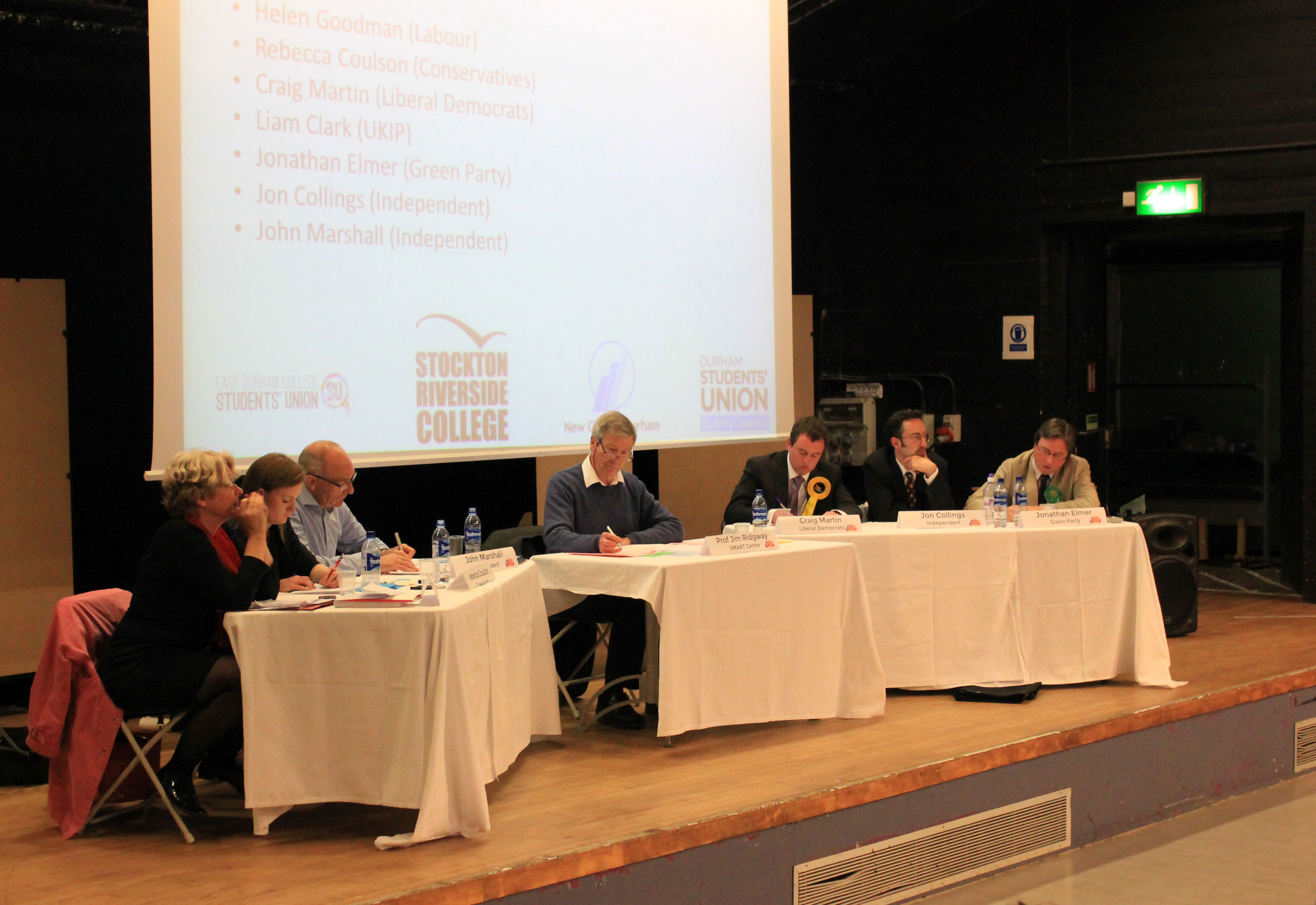 Students in Durham and Stockton have attended two local parliamentary candidate debates over the course of two evenings, to hear from the Durham city and Stockton South candidates on what they and their party plans to do, if elected in the next General Election.

Leigh Spanner, Academic Affairs Officer at the Students’ Union, comments: “It was fantastic to see so many students showing an interest in the forthcoming election and using the event as real opportunity to help them make up their mind on who they want to vote for. The audience at both events asked some great questions around topics such education, the EU and immigration and the economy.”

The debates were also open to members of the public, who were welcomed along to hear what the candidates had to say.

Ms Spanner continues “It was fantastic to organise these events which were not only useful to our students, but that were also useful to the local community. Both events were well attended by local residents and were of course organised in partnership with the local further education colleges. We look forward to continuing to develop these relationships in the future with more joint projects.”

Among those keen to hear what the candidates had to say was 21-year-old Durham University Medicine student, Ellie Mott, originally from Redditch.

Now living in Stockton, she said “There have been lots of debates on TV and I have seen those, but I wanted to know how it is going to make a difference locally.

“Hearing what the candidates had to say has been interesting. It has reinforced feelings that I had before.”

Also among the audience was Marc Hignell, a 23-year-old support worker now living in Stockton.

Hoping to return to education he said: “This sort of debate is a good idea as it gives students the chance to ask direct questions on issues that affect them.”

The candidate debates headed up a final voter registration push on the 20 April, by all the partners involved in organising the debates. They coordinated activities in Durham and Stockton to encourage students to register to vote. This was the final day that people could register to vote in the forthcoming General Election.

The Stockton South debate took place at Queen’s Campus on 21 April and was attended by:

Candidates for the constituencies of the City of Durham and Stockton South were invited to participate;