Eight-day long strikes by Durham University’s staff and UCU culminated yesterday in a picket of the Palatine centre.

At 11am yesterday 280 staff and student protestors gathered outside the Palatinate centre to protest Durham University’s treatment of staff pensions, pay and equality.

The procession picketed outside the Palatine centre’s main entrance before entering the building and parading on the ground floor, chanting and playing instruments to the floors above.

A small group of students gained access to the uppermost floor at the end of the demonstration seeking Vice Chancellor Stuart Corbridge’s office but were removed by security.

Above: footage from inside the Palatine Centre during the picket

Sam Johnson Audini, the Undergraduate academic officer of Durham Student’s Union spoke to the picket: “The students union stands in full solidarity with our striking lecturers. We know your working conditions are our learning conditions.
We see across the sector, and especially at Durham, that universities want to talk about inclusivity all the time. They want to talk about EDI to the cows come home but never fancy actually hiring and paying the people to do that.
These structures have been put in place in order to keep people out of academia. Staff are being treated like absolute shit day in day out, overwhelmingly on casualised contracts.
Students from marginalised backgrounds at this university specifically see hardly any representation and when they do, it is the academics who are the most stressed out and the most overworked having to pick up the most slack. They’re having to do so much extra work just to have a little bit or reform at this university. We need to be better, Durham needs to be better.”

“Staff are being treated like absolute shit day in day out, overwhelmingly on casualised contracts”
– Sam Johnson Audini, DSU Officer

An anonymous Durham UCU committee member spoke to The Bubble: “We’re striking because of the ongoing issue with our pensions and the attempts to try to change them. We’re also here about pay, which has dropped around 17% over the last few years. And casualisation – the number of staff on casual, fixed term and zero-hours contracts, or teaching-only contracts without space to do the research you need to do to get a further academic job. We’re here about equality issues – the pay gap over gender, disability, ethnicity and more.
This is not only a lecturer’s strike this is a strike for all members of the academic team.
We want our Vice Chancellor to exert some influence and to negotiate with the USS, Universities UK and the UCU to have positive action on these disputes, particularly to sort the pension issue once and for all so we can get on with doing our jobs.”

Below: The UCU strike in pictures 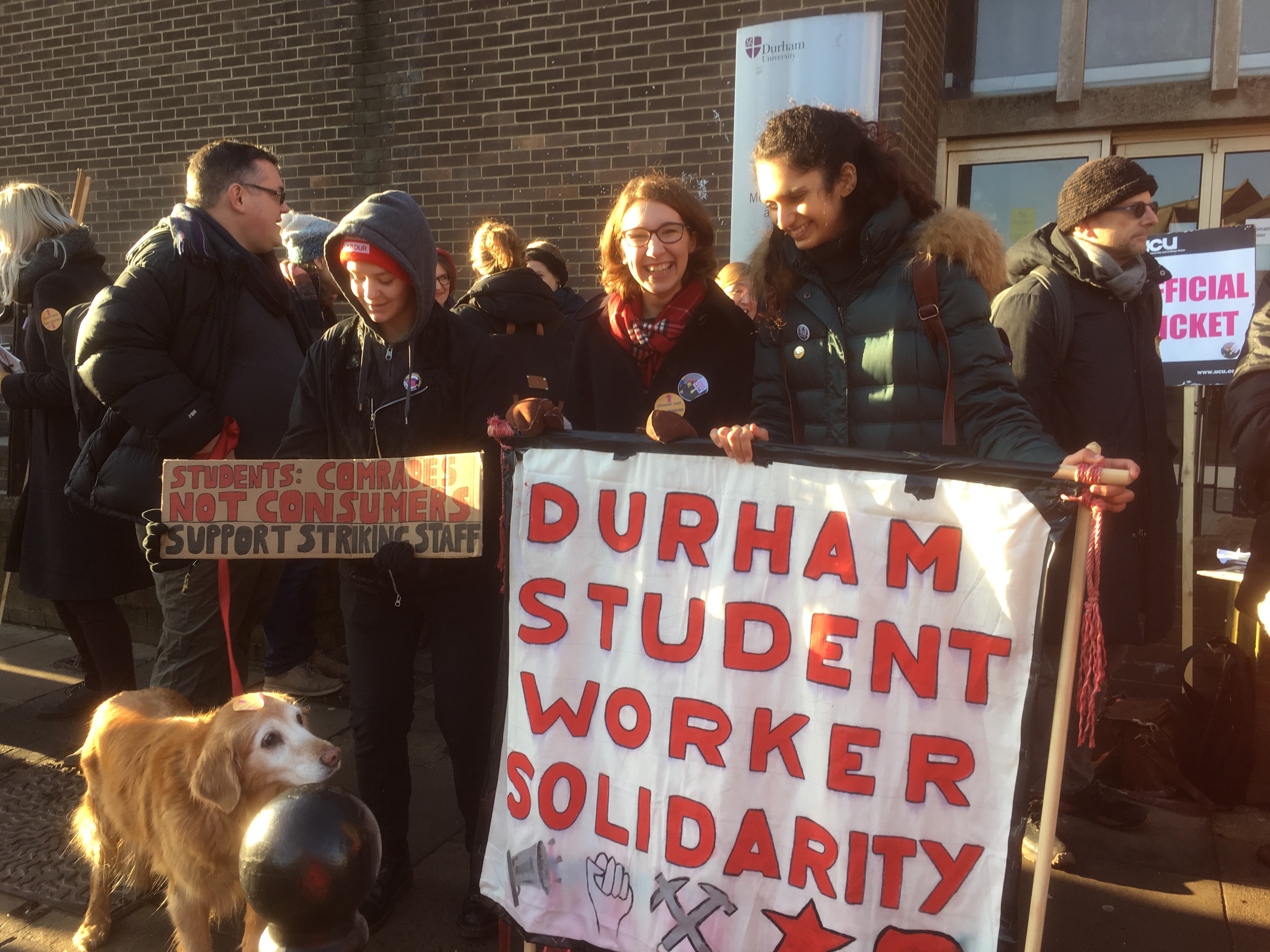 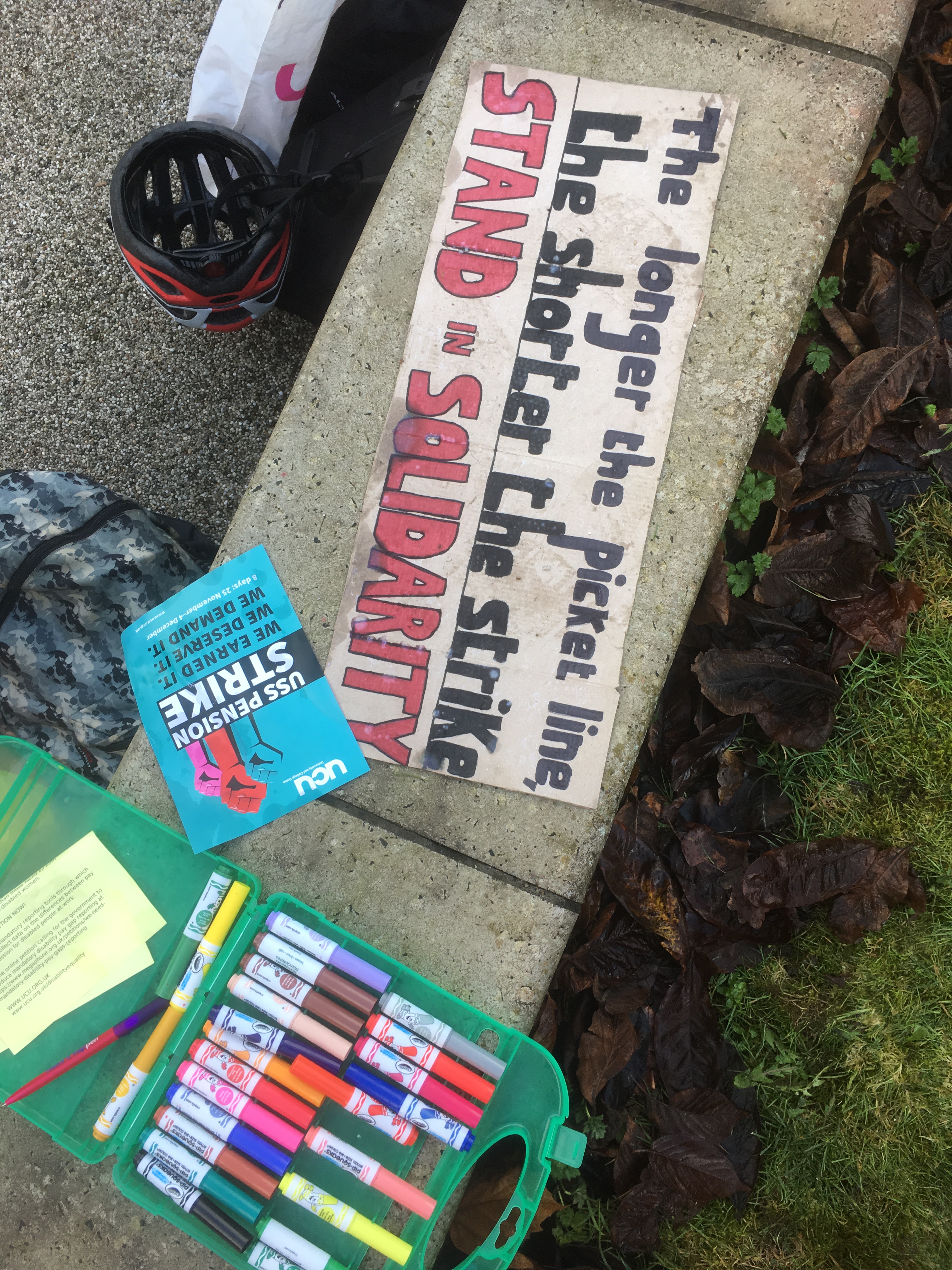 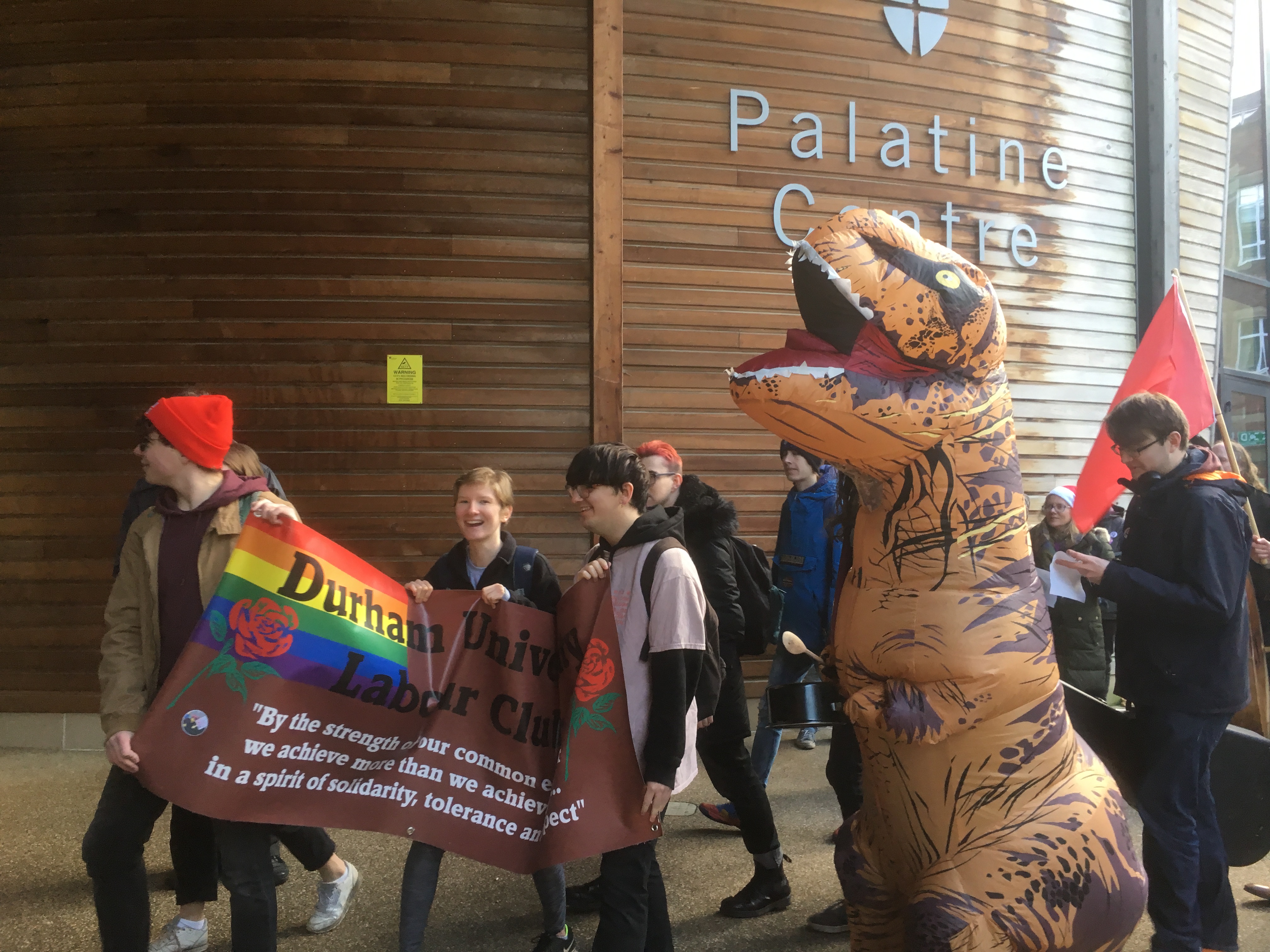 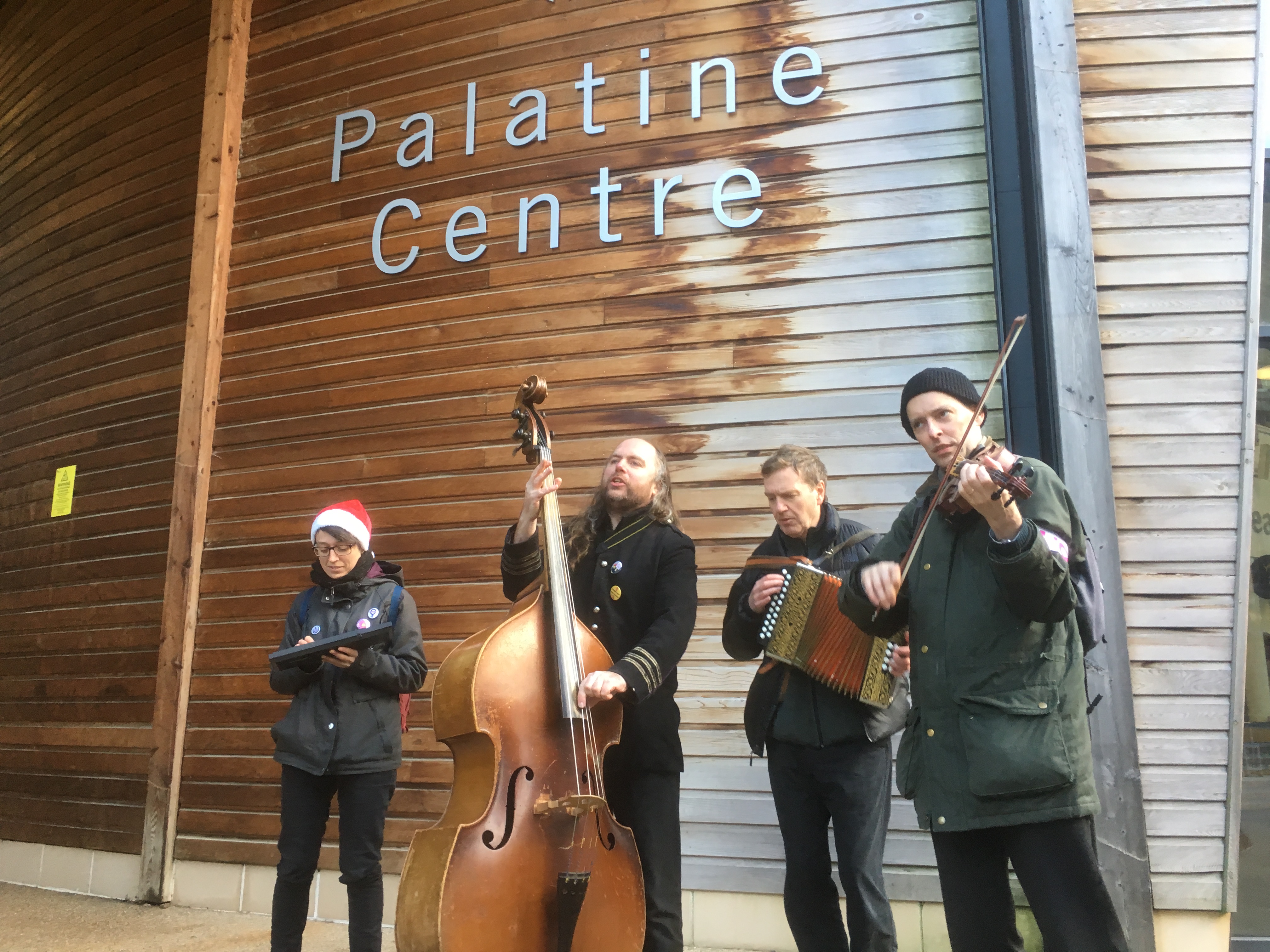 The Bubble also spoke to some students supporting the strike.

“Education is not a product we consume. It’s a fundamental human right but its also a way of engaging with the world”

“Human rights – that’s what we’re striking for. Equal pay, more diverse and equitable staff, for disability rights and accessibility. We’ve had courses cancelled and we’ve been out here supporting staff that the university is forcing to be on strike. Our professors aren’t being supported and students’ needs aren’t being respected by the university.
Education is not a product we consume. It’s a fundamental human right but it’s also a way of engaging with the world.
We’re hoping the board will sit down with the union and negotiate equal pay and more secure pensions, more secure positions for everyone. Also we hope they’ll look at who their employees are and how they are being treated, to ensure there are enough women and people of colour being represented and that they are being respected.”
– Katherine Gear-Chambers, 3rd year English Literature student

“Students seem to isolate themselves from the strike, but that’s not right. They don’t realise that the professors and tutors are fighting for colleagues who are not getting paid, who have no certainty of what happens later on in their life. This is going to affect future generations of academics. Instead of looking at ourselves as at the receiving end of the strikes its important that we realise this is a fight for the coming generations as well, instead of just limiting yourself to being a victim of the strike.”
– Kenny Bhatia, 3rd year English Literature student

“It’s not austerity for everybody in the university – the Vice Chancellor earns over a quarter of a million pounds per year, so does his associates”

“The strike was a difficult decision made by people with legitimate grievances over pay and equality, especially gendered pay and equality, attacks on pensions, attacks on the lowest paid workers, and pay and equality within the institutions. This summer the university pushed through an attack on the staff with the lowest paid contracts. But it’s not austerity for everybody in the university – the Vice Chancellor earns over a quarter of a million pounds per year, so does his associates.”
– Harry Cross, postgraduate history student

“I’m disgusted. The fact an institution like a university which is supposed to expand people’s minds and teach us how to be open-minded, passionate, intelligent members of a community could treat the people who are giving that gift so poorly just shows how little respect they have for us students as well as the tutors.
From a very personal point of view, this is the job market I want to go into and I’ve seen how much it has affected people to be on such precarious contacts, how stressed they are, how much of their lives outside their job has to go on hold.”
– Jessie Jones, MA English Literature student

All images and footage by Anastasia Maseychik