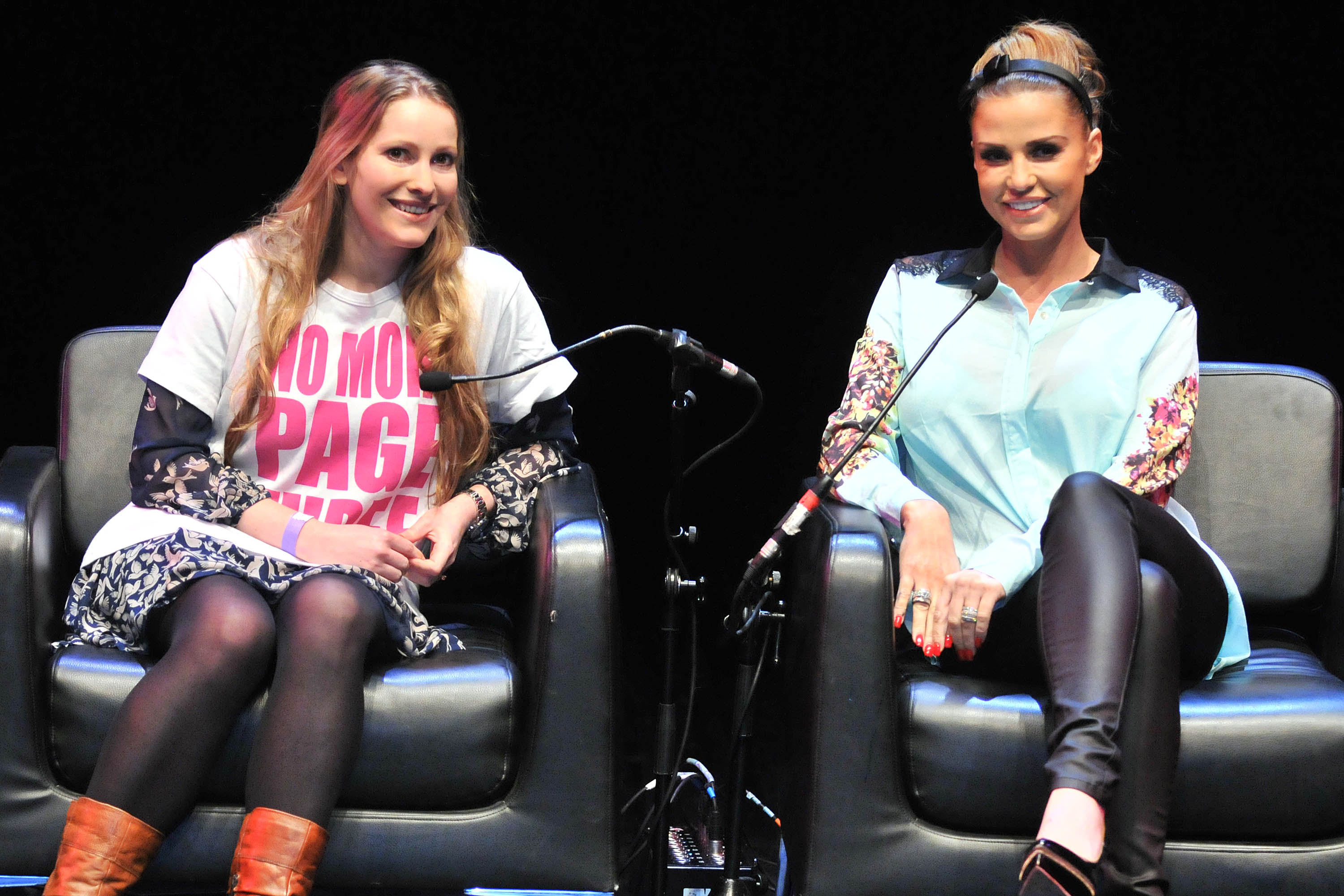 Laura Bates (left) at the Southbank Centre in London

Two years ago in December the United Nations General Assembly declared October 11th to be the International Day of the Girl Child. They hoped to “recognise girls’ rights and the unique challenges girls face around the world”, in 2014 embracing the theme ‘Empowering Adolescent Girls: Ending the Cycle of Violence’ to invest in education, engagement, safety, and health to create a world in which no girls or women have to suffer from violence. October 11th 2014, therefore, seemed to be a particularly fitting date for Laura Bates to speak in Durham.

Laura Bates is a freelance journalist, feminist writer, and columnist for The Guardian whose Everyday Sexism project has caused an unprecedented social media storm since its release in 2012. Collecting together over 50, 000 reports of sexism in all of its forms and branching out into 18 countries and a best-selling book, the project manages to prove once and for all that gender inequality is still very much a part of our society today. And that it affects all women, everywhere.

Despite taking place early on a Saturday morning, Durham Town Hall was packed with an animated crowd far before the talk itself actually began. With a good turnout of both students and locals – including a large collective of Durham University Feminism Society (DUFS) members – it looked set to be an engaging event, although the increasingly obvious gender bias of the group did raise doubts as to whether its feminist message would actually reach those who most need it. That supposition could not have been more wrong.

Bates proved to be a fascinating and lively speaker, with what could have been construed as an initial nervousness quickly vanishing – alongside some early technical troubles – to allow her to capture the attention of the audience with her calculated mixture of seriousness and humour. Meanwhile Dr Mary Talbot, academic and author, expertly chaired the discussion with appropriate wide-eyed shock at each new revelation, directing the conversation whilst carefully avoiding the media’s tendency to not allow development beyond questioning sexism’s very existence. Throughout, the one point that seemed to be made clearer and clearer is that if women themselves do not understand their rights and do not understand what they can expect from an equal world, this equality will not materialise.

Anecdotes and statistics explored ranged from the horrifyingly extreme to the shockingly commonplace, with one third of 16-to-18-year-old girls having experienced unwanted sexual touching in school, but then even more frighteningly the majority having described it as ‘normal’. Work place discrimination remains the issue most commonly reported to the Everyday Sexism project but also the issue that is least likely to have been reported elsewhere. Young people are unable to tell the difference between consensual sex and rape, with pain and crying also viewed as ‘normal’ due to pornography, and even the women who do realise that this should be far from accepted are silenced with claims of ‘banter’ after graphic rape jokes or comments about their clothing after reporting a sexual assault. Despite it being illegal, 8% of pregnant women in the UK lose their job each year due to maternity discrimination and many women have employment contracts which forbid them from discussing their pay with male colleagues. Women need the right to comprehensive sex education, women need to know their rights, and women need to know that they do not need to hide these issues away to be dealt with alone.

Bates did not, however, neglect to mention the role of men within the feminist movement and was quick to point out the falsity of the traditional ‘man-hater’ label. Gender inequality is a problem which affects both sexes, with stereotypes of the female role leading to men mocked for requesting paternity leave, and which can never be dealt with by one sex alone. Yet results have been mixed. Whilst most men are supportive of the movement, not wanting their daughters to have to grow up in the world laid bare by the project, Bates receives up to 200 hate emails every day detailing lingering fantasies about her rape, murder, and disembowelment. It seems remarkable that in a society where people can argue that feminism is an issue of the past, a woman can be threatened with death for daring to merely suggest the opposite.

The question-and-answer session after the talk also proved to be enlightening with particularly interesting comments from the representatives of DUFS, including discussion of many women’s disdain for the label of ‘feminist’ and the society’s new campaign to introduce a university-wide sexual assault policy. There was also talk of the development of feminism and sexism, with Bates expressing hope for its future, particularly pointing out the number of celebrities that nowadays identify as ‘feminist’, whilst also appearing concerned for what she sees as a worsening situation in the nation’s universities. But perhaps one of the most telling moments came in the form of an older woman who claimed to have tweeted about her attendance at the event, only to receive a male reply asking about Bates’ clothing. Until women’s opinions can become more important than their appearance, the Everyday Sexism project must continue its absolutely vital work.