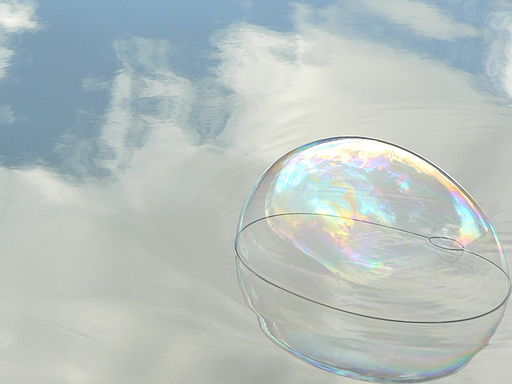 Time to explore what’s happening outside the student bubble

This week, the Chief Officer Appointments Committee (COAC) of Durham County Council has announced its preferred candidate for the role of Chief Executive of the council. The current Chief Executive, George Garlick, is due to resign from his position in January and Terry Collins is the individual who has been recommended. COAC’s choice will be considered by Durham County Council on the 28th of October.

The Durham Union Society has courted significant attention this week. Both Godfrey Bloom and Peter Hitchens graced the society’s halls for a debate concerning the right to free speech; but that passed without incident. Controversy instead arose in the form of the society’s Facebook event page for a debate on Friday the 16th proposing the motion that ‘This House Believes that Islam is Incompatible with Western Liberal Democracy’. Posted as the page’s cover photo was a picture of ISIS terrorists. Napat Rungsrithananon, President of Durham Union Society, has since been forced to apologise ‘for any offence that may have been caused.’

An inquest was opened on Tuesday following the discovery of the body of John O’Brien near Newton Hall, Durham on October the 10th. This will be headed by assistant Durham coroner Oliver Longstaff. Initial inquiries made within the local area and a post-mortem examination of the 66 year-old local established that the death was not suspicious. This follows the death of a 65 year-old man earlier this month who had collapsed on Level 4 of the Bill Bryson Library.

In the same week that Durham University’s Pro-Vice chancellor spoke to Palatinate and noted that the university was ‘considering a long-term growth agenda’, Durham County Councillor Richard Ormerod suggested Claypath was at a ‘tipping point’. In an article for the Durham Times, he is quoted as saying that ‘we need a more balanced community’ following the proposal for the development of more multiple-option accommodation near an area that allegedly is 65 per cent occupied by students.

• UK presence in Afghanistan will be extended beyond 2016.

• Three quarters of NHS hospitals fail to meet safety standards according to a new survey by the Care Quality Commission.

• Government passes fiscal charter by 320 votes to 258 despite Labour U-turn. Last week Jeremy Corbyn and Shadow Chancellor John McDonnell withdrew their support for George Osborne’s new fiscal charter which would commit future governments to balancing the books, only to face a small backbench rebellion when 21 Labour MPs refused to vote with their leader.

• 400,000 Volkswagen cars in UK need engine modification, announced the UK head of VW this week. Yet this number is only the tip of the iceberg as Germany’s automotive watchdog orders the recall of 2.4 million cars after Volkswagen were found to be cheating on emissions tests last month.

• Brexit debate heats up as various groups and figures pick their sides of the battle. A new cross-party campaign to leave the EU was announced this week with the message “Vote leave – take control.” Meanwhile, it was announced that ex-M&S boss and Conservative peer, Lord Stuart Rose, would lead the pro-EU campaign promising that voting to stay in would make for a stronger Britain.

• In entertainment news, X Factor hopeful Tom Bleasby has pulled out of the singing competition for personal reasons. He is to be replaced by controversial contestant Mason Noise for the judges’ houses round.

• Eastenders EP announced plans to cast its first transgender actor for a groundbreaking new storyline on the long-running soap.

• Stephen Fry has announced his departure from QI after 13 years. The popular host of the BBC Two quiz show will be replaced by Sandi Toksvig.

• In other news, the UK has withdrawn from a £5.9m jail deal with Saudi Arabia, inflation has turned negative again with the Consumer Prices Index falling to -0.1%, whilst SNP leader Nicola Sturgeon has used the SNP party conference to appeal to those who voted against independence.

• Two bombs exploded at a peace rally in Ankara, Turkey. The two explosions killed over 95 people and injured 250 in an attack suspected to have links to Islamic State.

• The conflict in Syria continues as Russia steps up airstrikes against Islamic State. Meanwhile the US military delivered 45 tonnes of ammunition to rebels in North-Eastern Syria.

• Hillary Clinton delivers a confident performance at the first Democratic presidential debate. Monday night saw the prospective candidates discussing the economy, gun control and those infamous emails in a debate that most commentators saw as an outright win for Clinton with Bernie Sanders the only other significant contender.