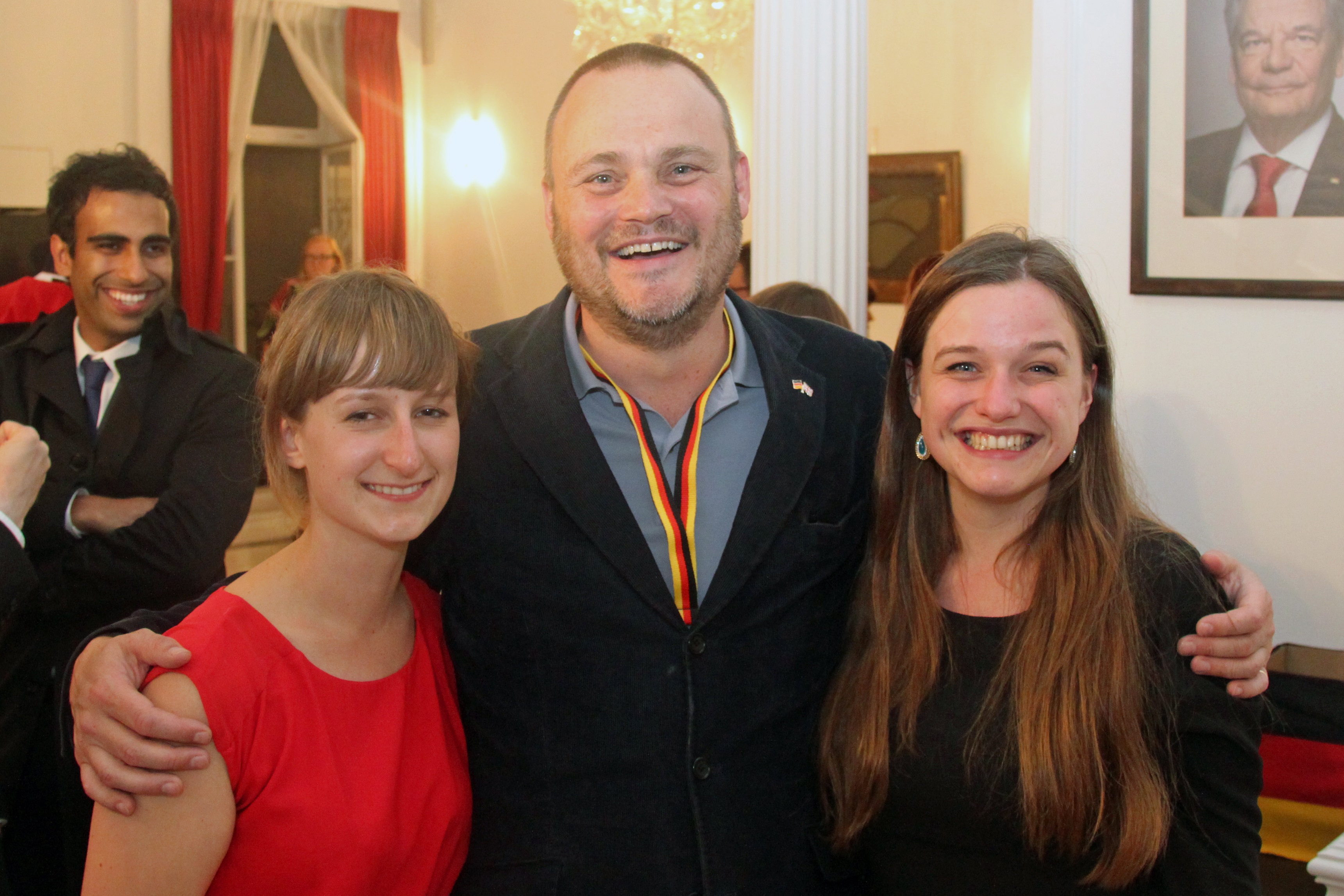 Al Murray (centre) is famous for his alter-ego, “The Pub Landlord”

Al Murray, the Pub Landlord, has criticised the Bursar of St Aidan’s College for her decision to censor a manifesto pledge to provide 1p pints to all students.

The Bubble that Paula Dawson removed Oliver Graham’s manifesto from display next to the dining hall because she considered his promise to provide cheap alcohol as “inappropriate”.

In response to a question asking for his opinion, Al Murray said on Twitter: “DEMOCRACY MUST FIGHT BACK”, “give the people what they want”.

The Pub Landlord is standing in the General Election for the Kent seat of Thanet as part of the FUKP party, and has also promised to provide 1p pints in his manifesto, alongisde 1p glasses of white wine “for the ladies”.

Although Mr Graham’s campaign to run for JCR President has divided opinion among Aidan’s students, Mrs Dawson’s decision to remove his manifesto from display has been widely condemned.

One commenter on The Bubble criticised her “po-faced” attitude, while another said that he “must not be silenced”.

Mr Graham said: “I’ve always felt my campaign was founded on the same common sense ideals as Mr Murray’s inspired policies, and here is my vindication! Perhaps he would care to sponsor my replacement policy of filling all shop toasties with absinthe?”