A chant? A sport? A dance? What exactly is Cheerleading?

With the intercollegiate cheerleading competition having taken place last weekend, we take a closer look at cheerleading, a sport you probably know very little about. 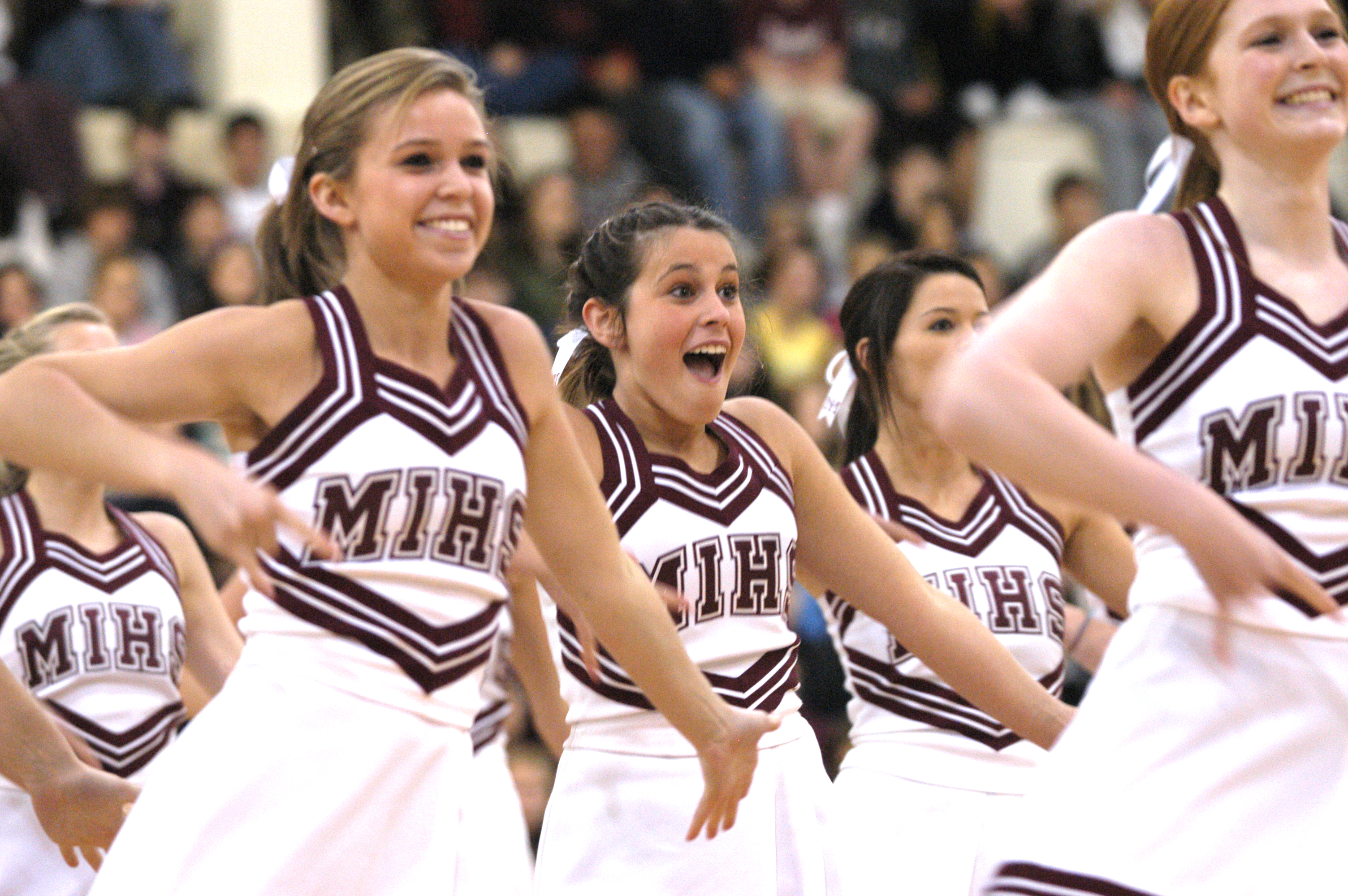 Oh I think that I found myself a cheerleader

When you hear the word ‘cheerleading’ you probably immediately imagine skinny girls shouting on the sideline, the most popular girl at school, or a weird American cult thing that British people just don’t get involved in.

Well, it’s all a lie, cheerleading isn’t just about pom poms, short skirts and attracting the boys, there’s far more to it.

So where did it all begin? Cheerleading roots lie in American Football. In 1898, University of Minnesota was on a losing streak during an American Football game and a medical student, Johnny Campbell assembled a group to energise the team and crowd with the first organised cheer: ‘Rah, Rah, Rah! Ski-U-Mag! Hoor-Rah! Hoo-Rah! Varsity! Varsity! Minn-e-so-tah!’

Surprisingly enough, cheerleading actually began as an all-male activity, despite it now being seen as a typically ‘girly-girl’ thing to do. In 1877 Princeton University founded their ‘Princeton Cheer’, which was yelled from the stands by students during sports games. A Princeton class of 1882 graduate, Thomas Peebles, moved to Minnesota in 1884, and took with him the idea of organized chants during football games to the University of Minnesota.

And this is where cheerleading came from, yet women weren’t allowed to cheer until 1923, at the University of Minnesota. It took time for other schools to follow too, with cheerleaders still being referred to as ‘chaps’, ‘fellows’ and ‘men’, a stark contrast to what we think of as a cheerleader today. But by the 1960s cheerleading took off like a storm and was found in almost every high school in America. 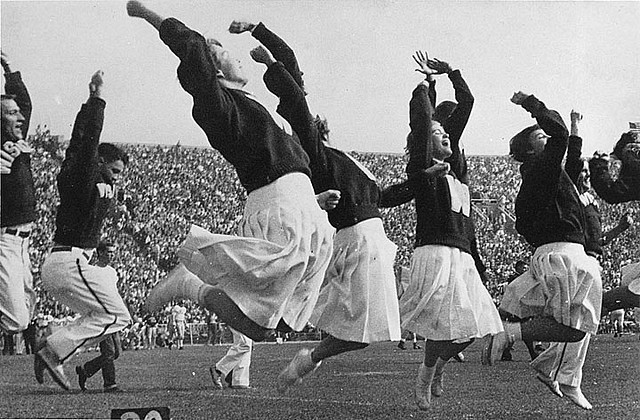 Cheerleading skirts weren’t so short back in the day!

In 1948, Laurence Herkimer formed the National Cheerleaders’ Association, contributed to the Cheerleader & Danz Team cheerleading uniform supply company, and created the ‘Spirit Stick’. Spirit sticks are traditionally awarded during ceremony to cheerleading squads that have shown the most teamwork and spirit. The spirit stick symbolises the essence of cheerleading, the necessity for spirited attitudes, the ability to perform well and the need to embrace a positive attitude.

It wasn’t until the 1980s, however, that the advancement of modern-day cheerleading began, involving difficult stunts and gymnastics incorporated into dance routines. All-star teams emerged alongside the United States All-Star Federation. But despite cheerleading having been developed into an athletic and competitive sport, cheerleading will always embrace the spirit leading traditions of the 1890s. Cheerleaders are viewed as school ambassadors and leaders amongst the student body.

So what exactly is cheerleading? Cheerleading combines stunting, gymnastics, dance and jumps to create a routine and powerful performance.

Stunts are essentially lifts and tend to consist of a group of five. The main base has the majority of the flyer’s weight (the girl who is thrown), and the secondary base helps to lift the flyer. The back spot is the person who stands directly behind the flyer, in order to stabilize the stunt from the back, and the front spot stands in front of the flyer, to prevent the flyer from falling forward and to support the wrists of the bases.

Tumbling involves gymnastics. From cartwheels and round offs, to back handsprings, tucks and twists, it’s clear that cheerleading is an extremely physical activity.

Cheerleading, therefore, is clearly not a case of simply cheering on your favourite sport’s team. It requires strength, flexibility and stamina to complete a routine consisting of so many different activities. One minute you’re being thrown in the air and the next you’re rolling on the floor.

Perhaps what is most unique about cheerleading is the immense amount of team spirit, embraced by the idea of the spirit stick. Cheerleading is hard and girls don’t tend to be the tallest or strongest of individuals. When stunting, trust is crucial as you literally put your safety (if you are a flyer) into your friends’ hands and sometimes mistakes are made, accidents happen and people get hurt, but it’s all about getting back on your feet and trying again. When you go out on stage and perform or compete, your team isn’t a group of thirty girls because you behave as one, you’re in it together and working together to deliver the best performance possible. And when it’s over you’re not just proud of yourself but of your teammates, your friends. 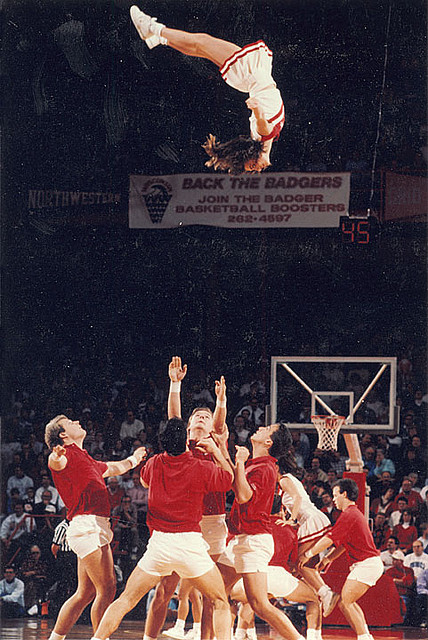