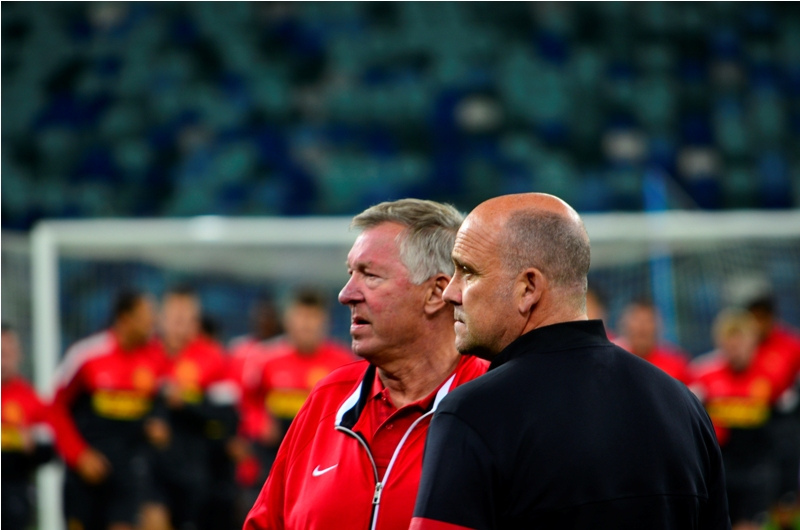 Did Sir Alex lose his touch in his last years at Old Trafford?

I am surprised at the severe lack of an inquest into the final years of Alex Ferguson’s reign at United. Given the problems facing United right now, albeit given a smoke screen by Louis van Gaal’s glamour, I am surprised that people are reluctant to point the finger of blame directly at Ferguson. In my opinion the current situation was a long time coming, ever since since the time Ferguson thought there weren’t ‘quality players in the market anymore’, and he instead saw quality in the likes of Antonio Valencia, Phil Jones, Ashley Young, and Shinji Kagawa; I could go on. In fact, I fail to remember United signing any quality players during Ferguson’s last few years, apart from David de Gea and Robin van Persie, who I felt was always going to have one good season or two given his age and injury history. We could understand if it was two or three bad signings, but so many?

I was struck by this question recently after following the success of the one of the brightest prospects in Europe today, Paul Pogba. Anyone who watches him play for Juventus cannot deny his potential and brilliance at such a young age, which leads me to question why Ferguson let him go in the first place, and favoured playing Anderson instead. If Pogba had attitude or ego issues then one of the qualities of a top manager is to manage these kind of players and utilise their skills. Given that Ferguson managed the likes of David Beckham, Cristiano Ronaldo and Eric Contana Cantona, you are always going to question how he struggled with Pogba and trusted in the likes of Young, Jones, Michael Carrick, Nani and so on.

It is quite scary to think about how powerful Ferguson was and how much blind trust he got at United. After all those years, no one questioned his decisions, which one after another culminated in United’s current situation. But at the end of the day it was results which mattered, and Ferguson often managed to pull them off, if not always: remember the 6–1 humiliation in the Manchester derby in 2011?. It’s difficult to say whether it was his managerial brilliance, or his intimidation of the players, and referees, or a combination of all of them that made the current crop of flops dig out good results during his tenure. But even he couldn’t have been so naïve as to think he was leaving behind a team of champions and future stars. The writing was on the wall given United’s lack of progress in the Champions League, their sudden capitulation in certain matches and their shocking surrender of the Premier League title to rivals Manchester City in 2011/12, having had an eight-point lead with only nine games left. For some reason you feel that his retirement and the appointment of David Moyes was done without giving them enough thought. Also, the fact that he brought Paul Scholes back from retirement, and retained Ryan Giggs’ services for so long in his twilight years, should have set some alarm bells ringing.

Right now, I fear for United. I think it will be quite some time before they can fight for the title again. First, they must qualify for the Champions League this season, or else I am afraid United will be in a limbo like Liverpool have been without Champions League football. Liverpool primarily rode on the shoulders of Suarez. He was what Messi is for Barcelona and Ronaldo is Real Madrid. It is very difficult to get a player like that at a club, especially where panic buys seem to be the order of the day, and where every match the supposed stars of the team seem more and more disinterested in playing for United. It makes you wonder whether money would still keep them motivated to stay at United or will they finally begin to miss Champions League football (apart from Falcao) if they fail to qualify for top four this season. With the re-emergence of Liverpool and Arsenal and the excellent determination and form of Southampton, United will have to begin performing consistently with their expensively assembled squad to have any chance of making top four this season. Otherwise, even money won’t be enough to lure the best players in the world to United with the likes of City, Chelsea and Arsenal offering regular Champions League football.

To end with, imagine if Pogba joins Manchester City and people see his brilliance first hand. Would people still not question Ferguson?