The myth of the World Cup defeat that cost an election 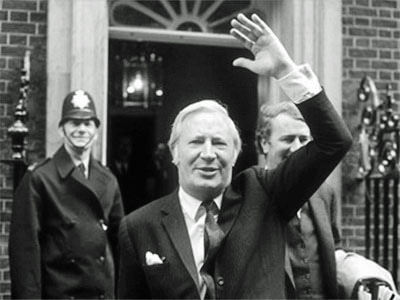 Forty-five summers ago, England lined up in the scorching heat of Léon, Mexico, for a World Cup quarter-final against West Germany. Since their defeat at Wembley in 1966, the Germans had lost just four matches, and beaten England for the first time in their history in a friendly in 1968. Gerd Müller had already scored six goals on that very ground in the group stage. England’s Gordon Banks, perhaps the best goalkeeper in the world, had contracted food poisoning and missed the game, replaced by Chelsea’s Peter Bonetti. But if the signs were there, they were widely ignored, and England were expected to return from Mexico with at least a silver medal. They were, after all, world champions.

For the first sixty-eight minutes, England showed why, striding into a two-goal lead through Alan Mullery and Martin Peters. Then, it all went wrong. Franz Beckenbauer’s shot squirted through Bonetti to halve England’s lead, before a remarkable back-header by Uwe Seeler forced extra time. It was Müller, predictably, who scored the volleyed winner to send England home. Disbelieving England fans grumbled at manager Alf Ramsey’s decision to substitute Bobby Charlton when England were leading. The England manager, it is sometimes said, holds the second most important job in the country. If so, the only man outranking Ramsey was Prime Minister Harold Wilson.

Ramsey would keep his job for another four years. Wilson, on the other hand, lasted just four more days. The 1970 general election, held on June 18, produced another shock. Almost everyone expected Wilson’s Labour government to be re-elected. One opinion poll carried out in the final week of the campaign had shown Labour leading by nine points. The Economist, in a leader article critical of Wilson’s record in office, had predicted that the best Edward Heath’s Conservatives could hope for was a narrow defeat. Instead, Heath found himself in Downing Street, commanding a healthy majority in the House of Commons.

So was born one of the most enduring legends of British politics: that England’s demise at the World Cup had been the cause of Wilson’s. Was the fiasco in Léon such a blow to national welfare that Wilson’s government was thrown out in a tantrum? Had voters, unable to depose Ramsey, ejected Wilson in his place?

Four years earlier, Wilson had made maximum use of England’s World Cup triumph, having his photo taken with Bobby Moore and casting Ramsey’s squad as representatives of the modern country he sought to build. It was hardly the last example of politicians jumping on sporting bandwagons. Tony Blair invited a rather well-refreshed England cricket team to Downing Street after their Ashes victory in 2005. (At one stage he wondered what a group of photographers wanted. “A photo, you knob”, Matthew Hoggard advised him). George Osborne must have hoped that the spirit of national unity fostered by London 2012 would lead spectators to welcome his appearance at the Paralympics. He seemed to think the crowd’s booing was a playful joke. Sports fans are rarely impressed by such spin.

Wilson was a cannier politician than Osborne is, and must have realised the dangers of linking his popularity to something as capricious as the England football team. More powerful men than Wilson have failed to bring football under their control: Hitler, fuming at the failure of the master race to defeat Norway in 1936, left the ground early and never watched a football match again. Calling an election during the World Cup might, then, have seemed like an obvious hazard, but Wilson had his reasons. Labour had recently moved ahead in the polls. Wilson wanted to take advantage, and feared that the introduction of decimal currency the following February would be unpopular. Labour MP Charles Pannell worried that TV coverage of the World Cup might “blot out” the election, but not decide it.

As it proved, Wilson’s usually good timing failed him in 1970. But there is no evidence that Wilson or anyone else blamed Ramsey and his team for the election result, at least at the time. The Times, in a lengthy piece searching for the causes of Wilson’s defeat, did not mention football at all. Another article asked specifically whether a poorly chosen date had thwarted Wilson, but failed to note that an autumn election would have avoided the World Cup. The Daily Mail attempted a satirical crossover in which Wilson earned a yellow card (a recent invention) and Pelé, the cornerstone of Brazil’s triumphant side that year, won the election. But the piece did not link England’s defeat to Labour’s. Nor did Wilson himself, who informed David Dimbleby the day after the election that low turnout was the cause. Opinion polling was in its infancy in 1970; there may have been no late swing at all. If there was, a poor set of trade figures released seventy-two hours before polling day probably did more to unseat Wilson than Alf Ramsey’s substitutions.

Nonetheless, a myth grew up, so pervasive that it has almost become fact. Veteran Labour MP Joe Ashton announced in the House of Commons in 2001 that Wilson would have won re-election in 1970 but for England’s defeat. A year earlier, the Economist had identified a school of historical thought which blamed West Germany’s comeback not only for Wilson’s defeat, but for the death of socialism in Britain more broadly. Moreover, words started to be placed in Wilson’s mouth. Labour peer Charles Williams recalled how Wilson had held his defeat in 1970 to be “entirely due” to England’s elimination four days before. Denis Healey, defence secretary in 1970, related in his memoirs how Wilson had worried earlier that year whether a World Cup defeat could cost Labour the election. Perhaps he did, but it is curious that the legend should grow so large only after Wilson’s death in 1995.

If England’s collapse in Léon was the cause of anything, it was the intuitive fear of the big occasion which has plagued them ever since. Since 1970, England have won just five World Cup knockout games, none of them against world-class opponents. But an election result? Probably not. Wilson, in any case, did not let his defeat bother him for too long, and returned to power in 1974. Labour’s fortunes, at least, appeared to have recovered. And it couldn’t be long before England won the World Cup again, could it?