The Good, the Bad and the Ugly: FIFA World Cup Brazil 2014 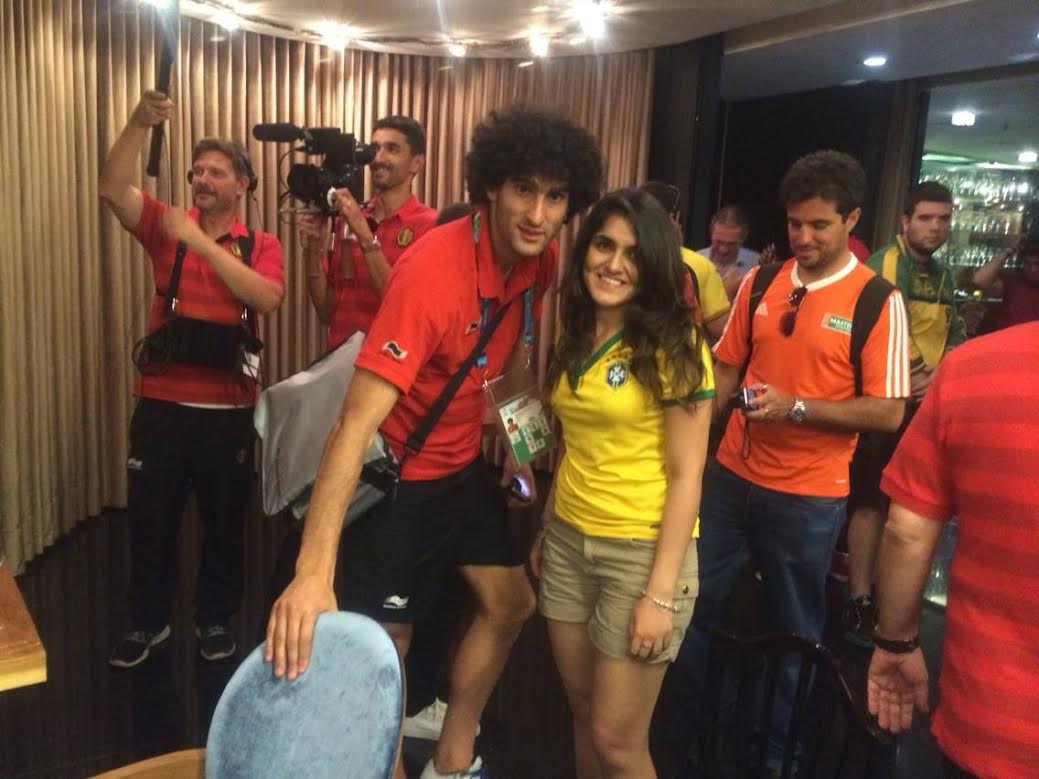 We have just witnessed the end of the biggest event of football, the World Cup, a platform where the best players from thirty-two countries come to compete for honour, for victory, for the highest accomplishment in their football careers. This year Brazil played host to the tournament, despite various hindrances. Argentina and Germany made it to the final match, played at the renowned Maracanã Stadium in Rio de Janeiro on Sunday 17th July. The stadium is also known as the ‘Mecca of football’. But what has it been like for numerous Brazilian fans that worship the sport? Let us have a look.

Needless to say, it has been a rollercoaster of emotions for football fans all around the world. Every single match has been full of action, drama and surprise. However, there was one particular match that changed everything. On 8th July 2014, history was created – a day where a whole nation was dumbfounded, disappointed, grief-stricken. It was the semi-final between Brazil and Germany. Before the match and after the match was a whole different story.

There was a cacophony of sounds coming from the streets – various fireworks, honking, musical instruments and hooting. There were a myriad of colours and the people were cheerful and expectant. The shouts of the people were of “Hexa!” (which when translated refers to a sixth World Cup win for Brazil) and “Força Neymar” which was to show support for their star player. Meanwhile Neymar was at home, resting from an unfortunate back fracture that was a result of the previous match against Colombia. Similarly, Thiago Silva, the team captain, was watching anxiously from the stands, having received a second yellow card in the previous match and consequently being unable to play in this one.

Brazil sighed with relief in unison as the final whistle blew. What was this that they had just witnessed? The result was a spectacular 7–1 win for Germany. Whereas for Brazil – within six minutes four goals were scored, turning their biggest dream into their worst nightmare. The match will be recorded in history as the worst defeat for Brazil, and also for a hosting country. Weeping on camera, David Luiz apologized to the crowd and said that all he wanted was to make the people happy. The aftermath of this loss has been incredible. Angry fans at Vila Madalena (São Paulo) were seen burning the national flag. In another area, buses were burnt. Fights broke out in the street, which resulted in one man being stabbed. It is safe to posit that when you love something so much and it is taken away from you, the grief and anger is tenfold. Apart from that, the Brazilian coach Luiz Felipe Scolari has been highly criticised for his choice of inexperienced players and incompetent tactics. Even after the disgrace and the accusations, he refused to quit until after their last match, the third-place playoff, was played.

This defeat is likely to have a lot of political implications. Prior to this turning point, Brazilian President Dilma Rousseff’s chances of being re-elected were looking good. A poll issued by the Brazilian Institute of Public Opinion and Statistics showed Dilma leading 39% to 21% over her closest challenger, Aecio Neves. However, this outrageous result is bound to remind many Brazilians of the painful expenditure of hosting this World Cup.

Enough of the bad, let us now take a journey back in time. The World Cup started on the 12th June, which is also celebrated as “Dia dos Namorados” in Brazil. Translated loosely as “day of the lovers”, it is the equivalent of Valentine’s Day, which is celebrated on the 14th of February in other parts of the world. Love was definitely in the air, not only for girlfriends, boyfriends, husbands and wives, but also immense love for football. Since the very beginning however, Brazilians were unsure about how they felt about hosting the big event.

A lot of them were utterly displeased: “I love football, but we cannot afford to spend billions on hosting a World Cup right now. We need to focus on education and building better hospitals, those should be our priorities,” said Gustavo, a hairdresser. Only time will tell how much Brazil has earned out of this enormous investment. Numerous protests preceded the opening ceremony, but once it all began, everyone seemed to be lost in the frenzy. The level of excitement was out of this world. The people proudly showing off their colours blue, green, and yellow.

I was extremely fortunate to witness a match live, and it was an absolutely marvellous experience; the thrill and the adrenaline rush I experienced was like none before. A few moments after the match, the whole of the Belgian team was sitting with us in the hotel restaurant like they were ordinary people. I was surprised and exhilarated to see their down-to-earth attitude. I even managed to get a photograph with Marouane Fellaini.

So it’s over for another year, with Germany coming out on top to win their fourth World Cup title and to become the first ever European team to win the title in the Americas. But all was not lost for Argentina, with their star striker Messi winning the Golden Ball, awarded to the best player in the tournament. Now begins the long four-year wait for the next tournament!