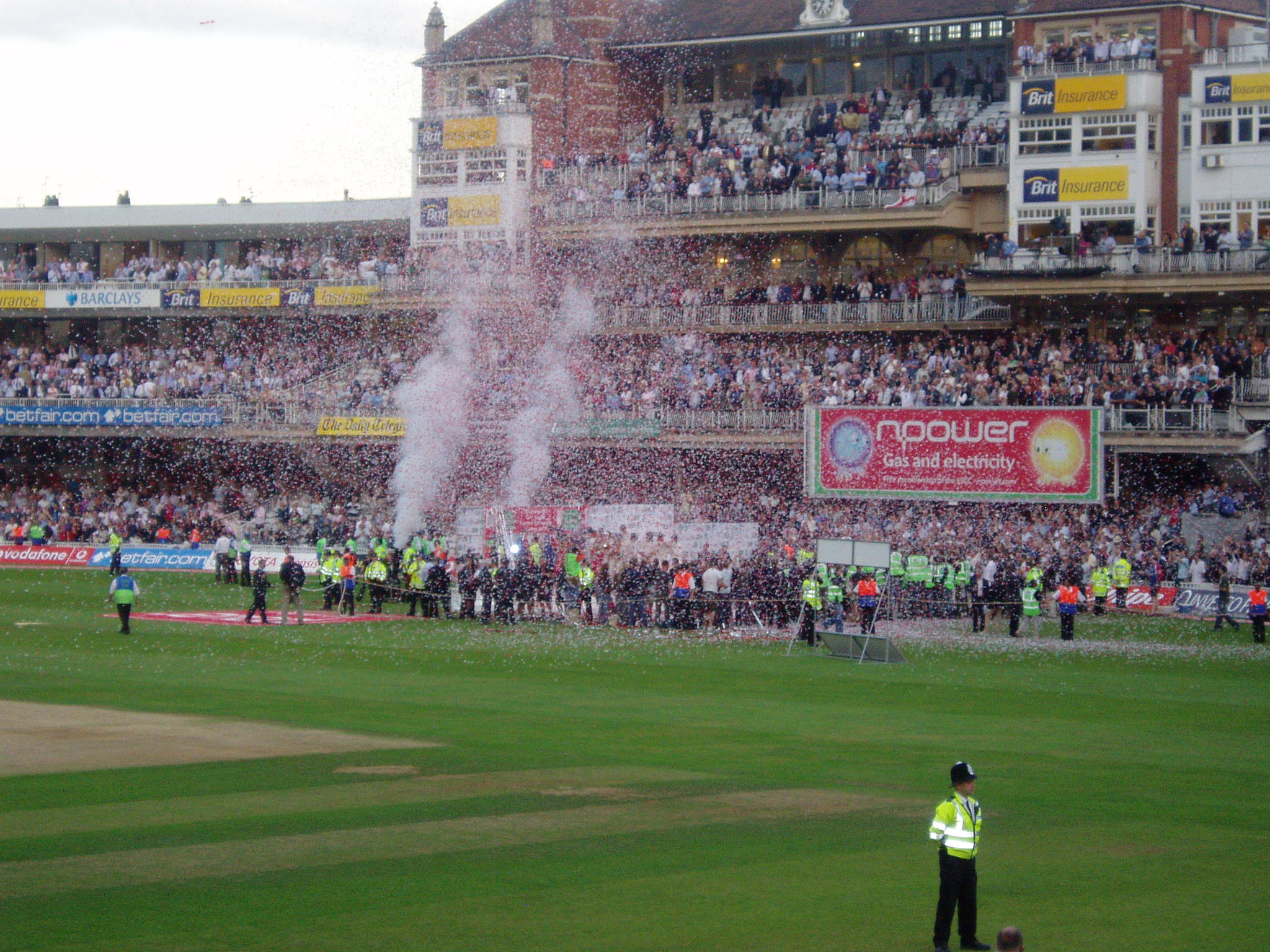 Ten years ago last Monday, a twenty-four-year-old Kevin Pietersen scored his first century for England, in a one-day international in Bloemfontein which ended in a tie when Geraint Jones stumped Andrew Hall off the final ball. It was a flavour of things to come: for England, who would not drop Pietersen once in the next six years; and for the year 2005, which would produce the most thrilling cricket in a generation.

The South African tour came at a turning point for England. Graham Thorpe, given his debut by Graham Gooch, was still in the side. Nasser Hussain had retired just seven months earlier. Nonetheless, it was an England team with new characteristics, among them a formidable winning spirit resulting from eleven victories in twelve Tests. The bowling attack for the first Test was the same one which would lead England in the Ashes: Harmison, Hoggard, Flintoff, Jones, and Giles. England produced more memorable cricket in South Africa, earning their only series victory there since the end of apartheid. But English cricket has had the Ashes as its fulcrum ever since A.N. Hornby lost them in 1882, and the mind games had already begun. Glenn McGrath had forecast a comfortable win as early as September 2004, expecting England’s weather to be more of an obstacle than its cricketers.

England, after all, had last beaten Australia when the Berlin Wall was standing and Alex Ferguson was just weeks into a new job at Manchester United. It is easy to imagine that an England team on such a high were bound to recapture the Ashes, but Australia expected and were expected to win the series. Some predicted a closer series than usual, but with a 3–2 defeat in 1997 constituting England’s best effort in the previous eighteen years, that wasn’t saying much, and England were 5–1 outsiders to win the series. Not that everything was going to plan for Australia. A “so-called Twenty20 match”, as Australian radio labelled it, was an embarrassment for the visitors, who were 31–7 after thirty-six deliveries and lost by 100 runs. Things got worse for Australia five days later when they were beaten by Bangladesh in Cardiff, though they rallied to share the tri-series with England after another tied match at Lord’s.

The series began at Lord’s on 21 July with a fierce bowling display from England symbolised by the famous scar on Ricky Ponting’s cheek, an image with a more sombre meaning in the light of recent events. Australia were bundled out for 190, but Glenn McGrath decided the match with the air of a headmaster admonishing an upstart schoolboy, taking nine wickets in a huge Australian win. A promising debut for Kevin Pietersen, who replaced Graham Thorpe and scored two half-centuries, passed under the radar. Australia needed a win and a draw from four Tests to retain the Ashes. Same old England, it seemed.

The second Test at Edgbaston was remarkable before it began, thanks to McGrath’s freak injury and Ponting’s fateful decision to field. England duly racked up 407 on the first day, but two days of good work seemed to be unravelling before Flintoff took over on day three. A bombastic 73 lifted England to 182 in the second innings and sent a Brett Lee delivery out of the ground. Latching onto a raucous Edgbaston atmosphere, Flintoff bowled one of Test cricket’s greatest overs later in the day, and by close Australia were 175–8 in pursuit of 282. Game over? Not in this series. Shane Warne chipped away at the target the next morning before treading on his wicket, leaving Brett Lee and Michael Kasprowicz with 62 runs to score. Suddenly it was forty, twenty, ten, and the crowd’s optimism turned to anxiety and then panic. Then Australia needed three to win, and the Greatest Series of 2005 could have been wiped away with one strike of a bat. But Harmison had Kasprowicz caught behind, Edgbaston erupted, and Flintoff consoled a disbelieving Lee in one of sport’s greatest photographs.

England had beaten Australia at a competitive stage in an Ashes series for only the second time since 1986. Within days, DVDs of ‘The Greatest Test’ were on sale. What no-one foresaw was that the exhilaration and volatility of Edgbaston would last all the way to the Oval five weeks later. The third Test at Old Trafford went down to the last ball, too. England needed ten wickets on the final day to take the series lead, but a heroic 156 from Ponting seemed to have made Australia safe before he fell with moments left. Lee gained a measure of revenge by seeing out Harmison’s final over and securing a draw. But England took heart from Australia’s celebrations, and the lead in the fourth Test. Trent Bridge was another thriller, as England made a right pig’s ear of chasing down 129 after making the tourists follow on, requiring Ashley Giles and Matthew Hoggard to see them home to another famous win.

Three nail-biting Tests in a row and England was hooked on cricket. The football season was back underway, but cricket was making the headlines; England’s footballers had hardly helped their case by losing 1–0 to Northern Ireland the day before the final Test at the Oval. England needed a draw. The home fans, displaying the kind of partisanship which used to be poor manners at cricket grounds, were jubilant when bad light stopped play on day two. The game itself ebbed and flowed the same as all the others, but a draw seemed certain on day five before McGrath intervened again, and thought he had a hat-trick, only for Billy Bowden to rule – correctly – that the ball had struck Kevin Pietersen’s shoulder rather than his bat. In a pre-DRS age, the wrong call could have lost the urn. Instead, Pietersen played the defining innings of the series, a thrilling 158 with more sixes than Mike Atherton managed in his Test career, to secure the draw, and the Ashes. Shane Warne’s fortieth wicket of the series was lost amid the ticker tape.

The aftermath, so glorious at the time, has since been rewritten as the origin of England’s humiliation in Australia less than eighteen months later. The tired and emotional bus parade and collective MBEs were symptoms of hubris. The England XI which lined up for the first four Tests never played together again. Some look back wistfully at the free-to-air coverage on Channel 4, whose audience reached a peak of eight million during the Fifth Test. But ten years on, we should be happy for the memory of the 2005 Ashes series. A generation watched cricket for the first time, and liked what they saw; your editor was one of them. Above all, the series showed the best of both Test cricket and the Ashes rivalry. Between them, great batting, masterful bowling, the weather, ingenuity, ineptitude, dropped catches, sportsmanship, the long gap since an England win, the great names in the Aussie side, the twists and turns, the vigour of the crowd and the downright lunacy of it all produced the greatest series of all time.