Sandpaper, hysteria and a few falls from grace – with a small dose of cricket 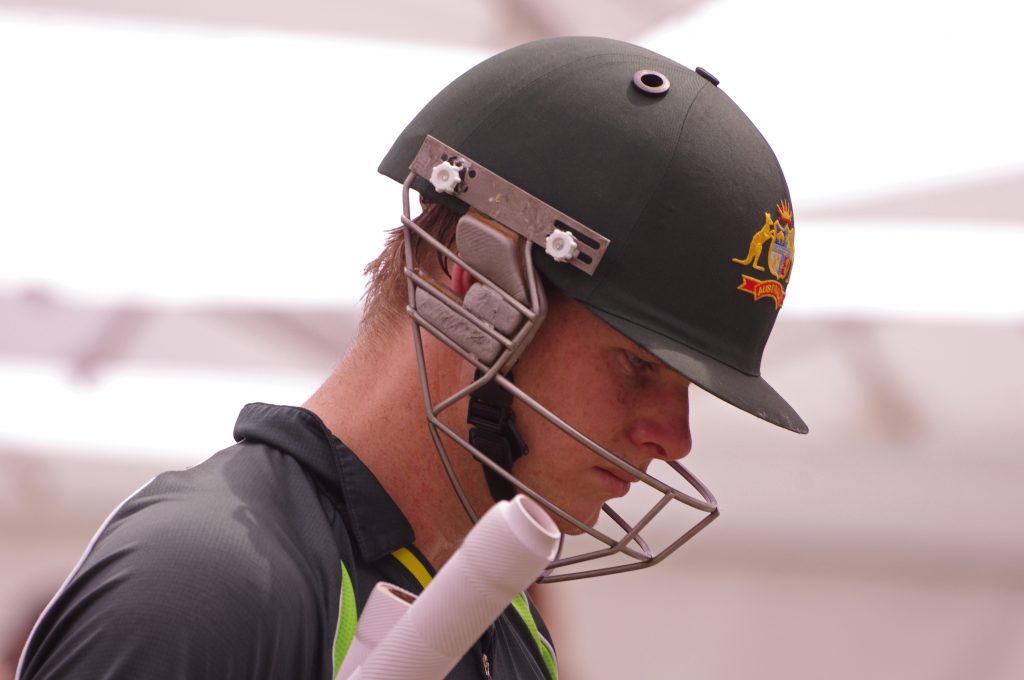 Once the golden child of Australian cricket, Steve Smith’s legacy hinges on the balance.

“We are not New Zealand. We won the World Cup final. We will play the way we play, which works for us, and if you like it, you like it.”

“You throw everything out the window and go for it.”

It wasn’t supposed to end like this. It wasn’t meant to be a comfortable win that sealed a 3-1 series victory for South Africa. It wasn’t meant to be a procession over an Australian side led by a captain who a year ago, was planning on giving up the game. A side whose opening batsmen were probably still feeling the effects of jet-lag, after their arrival in the country just days before. A side whose coach had bid a tearful resignation prior to the match. A side whose spirit had been broken long before the final wicket fell.

Four years ago, Michael Clarke’s team arrived in the South Africa ready to unleash hell upon the best Test side in the world. With a 5-0 Ashes series win in their back-pocket, the gruelling fire burning within the left-arm of Mitchell Johnson, aided by a batting masterclass by David Warner, saw towards a dramatic series win. Australia had regained the mantle of champions, but with harsh exchanges of words on the pitch, they flew back home with few friends.

“When we play England, it’s pretty verbal. I also remember touring Australia in 2006 as a youngster, with the likes of Warne and McGrath and Gilly behind the stumps. Still, that was nowhere near what we received in 2014.”

“That was definitely the most abuse we’ve got on the cricket field.”

Steve Smith would have been happy with a re-run of 2014. He arrived in the country with another Ashes-winning group, led by a bowling cartel that ticked all the boxes. There was the unerring accuracy of Josh Hazlewood, the old-ball maestro in Mitchell Starc, the all-round excellence of Pat Cummins, and the guise of Nathan Lyon. Even if the batting did not exude a world of confidence, Smith had his own majestic talents to call upon, as well as of his lieutenant Warner, the bane of the South Africans last time round.

The excellence of their opposition led to Ian Chappell arguing that this series had the potential to rival the greatest contest of them all, the 2005 Ashes. With South Africa boasting an equally impressive bowling line-up, backed up by the return of batting extraordinaire AB De Villiers, Chappell’s words were not of hyperbole. The hype was justified.

From the onset, what was happening on the pitch was the least-talked about affair. In Durban, it was the verbal exchanges between David Warner and Quinton De Kock. It was ugly, raucous, and wholly unnecessary. In Port Elizabeth, Kagiso Rabada’s shoulder bump into Steve Smith stole more screen time than any of his eleven wickets.

Nevertheless, when the teams met in Cape Town, the stage was set for an enthralling contest. What emerged was one of the darkest episodes in Australian sporting history.

What is there left to say about Sandpaper-gate? In the last few days, much has been revealed. It was David Warner who instructed Cameron Bancroft, his opening partner, of how to alter the condition of the ball. Steve Smith allowed for it to go ahead. The world has shown its scorn, even politicians who should perhaps focus on getting their own affairs in order.

Smith will probably never captain Australia ever again. He will however recover, and this author believes that he will be remembered more for his greatness with the bat, than his shortcomings as a leader. Previous captains to be found ball-tampering include Michael Atherton and Rahul Dravid, two figures who hold immense respect in the cricketing world. Smith will seek to emulate them.

Warner will probably never be afforded another opportunity to don the Baggy Green. Forget his previous misdemeanours and one might see Warner as the man who made an extraordinary leap from T20 showman to red-ball run machine. Few have been able to make the same transition. Nevertheless, his off-pitch antics will perhaps be his enduring image.

The future of Bancroft is perhaps the most puzzling one. One cannot help but feel for him. A veteran of just eight Tests, many did not even expect the West Australian batsman to make the tour, after a lean debut series against England. He is a young man who made a serious mistake.  Now he finds himself in the wilderness, his opening spot taken from him by Matthew Renshaw, his county deal with Somerset this summer cancelled, and nothing but club cricket to challenge his bat over the next nine months.

Unlike Smith and Warner, Bancroft just about managed to keep his emotions in check during his apologetic press conference. While he has yet to succeed at international level, his steely demeanour and intense concentration at the crease has impressed many at the domestic stage. Hopefully, those same traits help Bancroft recover a career still in its early stages.

What was meant to be a clash of heavyweights ended on Day 3 of the Cape Town Test. The Australian side that took the field the next day was not fit for action. As Nathan Lyon took his 300th Test wicket, what should have been a moment to savour proved to be a more sombre affair.

This should have been a series that celebrated Lyon’s growing excellence.

This should have been a series that underlined the greatness of AB De Villiers.

This should have been a series that cemented Pat Cummins’ status as a once-in-a-generation talent.

This should have been a series that opened the world’s eyes to Aiden Markram, who might go on to break all kinds of batting records for his country.

It will be remembered for something else.

“The thing for me would be if we take a leaf out of someone like, say, New Zealand’s book in the way they play and respect the opposition.”

“We need to change how we play and within the boundaries we play.”

Darren Lehmann, the Australia coach, speaking on March 28th, 2017. He announced his resignation the next day.