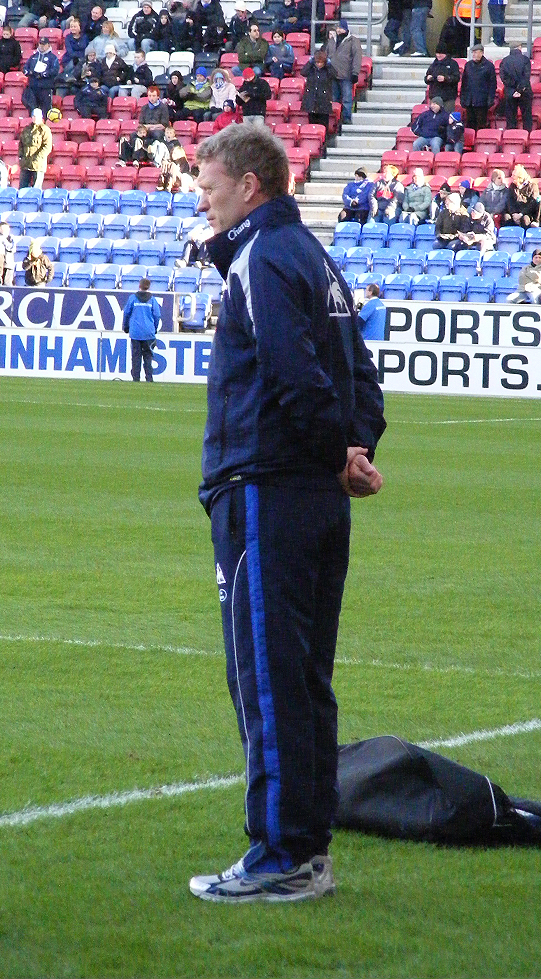 Happier times for Moyes at Everton

In the tumultuous, chaotic world of modern football, patience is a virtue in short supply.

Managers are viewed as dispensable commodities by boards and owners whose demand for instant success seldom lends itself to perseverance and loyalty.

For those who sit on the periphery of this baffling drama, the façade played out before them sparks bemusement, confusion and, very often, sheer indignation.

The evidence of history, and the pattern of simple logic, suggests that any person who undertakes a challenge of reasonable magnitude requires a sensible length of time to complete it, and it is for this reason that most football supporters – whichever club they support – find it bewildering that managers are given such short tenures in which to complete the work demanded of them by their superiors.

Any manager requires time, patience and trust to bring success to a club, and to expect immediate glory is to delve into the realms of idealism.

And yet, in spite of all of this, Manchester United were right to sack David Moyes.

It is a decision that may well, in fact, rescue the fortunes of a club currently in the midst of a cataclysmic decline.

There is absolutely no doubt that, regardless of who is in charge, the Manchester United squad is in need of a dramatic overhaul.

The current squad is littered with players who, while once some of the best in the world in their respective positions, are simply no longer good enough for a team, and a club, that wishes to compete to be not just the best in England, but the best in Europe.

The likes of Rio Ferdinand and Patrice Evra, among others, are a considerable distance past their best, while the shortcomings of many others, such as Ashley Young and Antonio Valencia, have finally become glaringly apparent due to the absence of team-mates capable of masking their inadequacy.

Only a handful of United’s sizeable squad are genuinely worthy of a place in a side with such monumental ambitions and expectations, and what is plainly evident is that the squad needs emptying of those who are no longer – or never truly were – good enough, and, in order to build a team capable of once again achieving the sort of success expected by those at Old Trafford, genuinely world-class players need to be brought to the club.

While the exact areas in which United need to strengthen remains an issue both of contention and subjectivity, it seems hard to deny that they are in need, for the long-term at least if not for next season, of a new centre-back, in the mould of Nemanja Vidic, a new left-back, a solid holding midfield player and a winger who can neatly complement one of their few undoubted talents, Adnan Janujaz.

This overhaul of players, which would have been necessary regardless of whether Moyes retained his job or not, will, without a doubt, be an expensive operation. The players that United will look to, and need to, bring in will be some of the most sought after in Europe and, in the modern world, these players do not come cheap.

It is for this reason that United were right to dispense with Moyes’ services.

With the huge sums of money that the club undoubtedly needs to spend this summer, the board needs to be absolutely certain that it has the correct man at the helm, a man they can trust to spend these vast sums wisely.

If they did not feel Moyes was the right man – and, given United’s abject performances and results this season, it is perfectly understandable that they would have harboured doubts about his competency – they had no choice but to go in a different direction.

Manchester United, let us not forget, is an international brand, a business of enormous magnitude whose reach and influence stretches far beyond both football and the city of Manchester itself.

No business can afford to take such a risk, and it is unquestionable that keeping Moyes in charge would have been an immense gamble.

He may, in time, have begun to turn things around, and he may, if he had been given the chance to spend this money, have built a squad capable of meeting the club’s expectations and fulfilling their aspirations.

But this was far from guaranteed.

Indeed, the evidence of this season would suggest that the chances of him turning things around were limited.

A much more likely outcome, it appears, is that Moyes would have spent the money but have been unable to improve United’s fortunes to a sufficient degree.

It was this reasoning that the board of directors, the small group who ultimately ended Moyes’ reign, would surely have employed in making their decision.

They had to weigh up the odds, and decide whether they could afford to take the almighty risk of retaining Moyes as manager, given the huge summer that is looming ever-larger on the horizon; a summer that could well determine the future success of the club for up to a decade to come.

It is thus perfectly understandable why they reached the conclusion that they did.

What Manchester United now need, it appears, is a manager whom they feel is capable of taking this global brand, this institution, which is far greater now than a mere football club, forward.

He needs to be someone that the board can trust to dismantle and rebuild their ailing squad, which will involve some heavy expenditure.

David Moyes, from the moment he took the job, never really looked like being this man, and he has paid the price for it.

But Moyes’ sacking is just the beginning. For Manchester United, the real work begins now, as they search for the man capable of steering their fragile ship back onto smoother waters.