In defense of VAR

The past few months have seen a rallying from nearly all the footballing world against the Video Assistant Referee (VAR) system, particularly in the Premier League. Fans who have had decisions made against them have made sure to voice their displeasure, both in the stadium itself and online as well. The majority of criticisms stem from the way in which decisions are made or from minor offsides, where an armpit is deemed to be over the line. Whilst these may be infuriating to some, calls to abandon the project are misguided. With humans sitting at the controls of the technology, there will always be mistakes made using VAR. The goal for world football is to find a system that reduces these mistakes as much as possible and would do well to learn from other sports and their review systems.

Football has always been behind the curve of other sports with its uptake of technological refereeing systems. As a result it is experiencing many of the same growing pains other sports experienced when introducing their video refereeing. Mark Cueto’s apparent non-try in the 2007 Rugby World Cup Final and Mike Phillips quick inbounds play against Ireland in 2011 are clear examples of the rugby TMO system not working despite it being in place since 2001. Having been around since 2008, the 2013 Ashes series showed how DRS was still not a finalised system with Australia feeling aggrieved at a multitude of the decisions made against them. Even this winter South African batsman Dean Elgar was given out even though he swore he didn’t hit it.

What these examples show is that even with developed technology, many sports are still not free from controversy, football included. What VAR and its counterparts in other sports have managed to do is to eliminate clear mistakes or ‘howlers’. Many an embittered English fan will remember Frank Lampard’s goal not being given at the 2010 World Cup or Maradona’s Hand of God. VAR would have managed to clearly spot those refereeing mistakes and prevented the referees from criticism (and England fans from years of anti-England conspiracy theories).

What football needs to do is to keep refining the product it has. It is clear that the system now in place isn’t working, with too much of the game being tied up in lengthy reviews which provide little clarity as to what is actually going on. Clear solutions appear to come from rugby and cricket. To allow the audience to understand what is happening with each review the conversation between the referee and their video assistant should be broadcast, and also shown on the big screen at stadiums. It would also explain the long breaks taken for VAR decisions, as fans would at least know why the referees are taking their time. 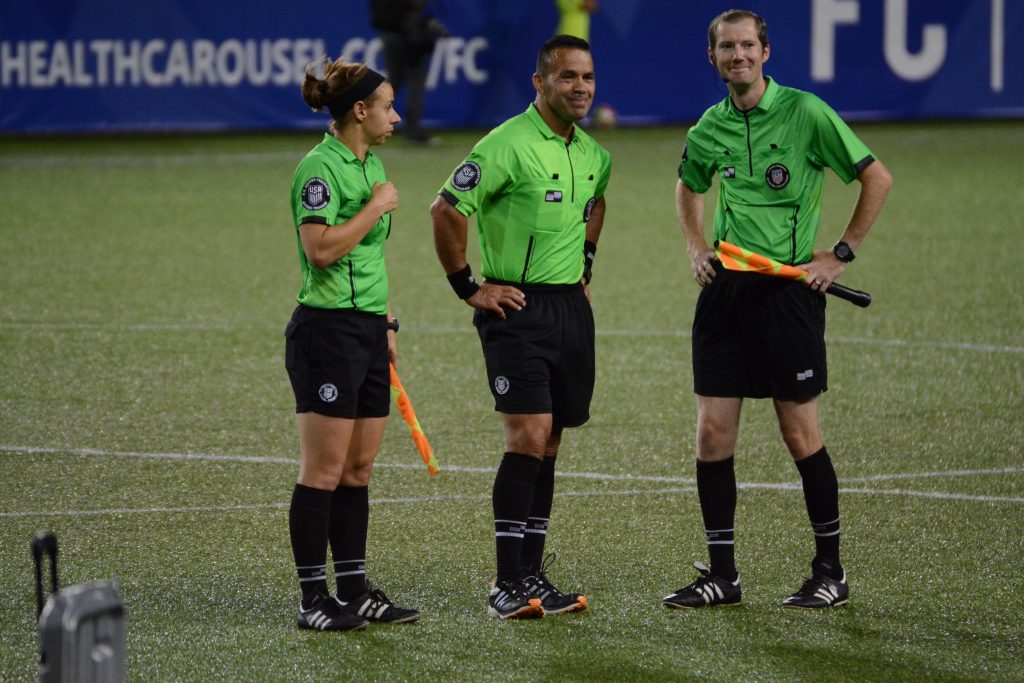 Football also has to decide what style of VAR it will adopt. It can either follow rugby’s route, with the referee on the pitch asking for assistance when they feel it to be necessary if they are unsure about the decision they’ve made. Only in extreme circumstances will the video officials themselves interfere in the action, such as a dangerous play or a missed goal or clear penalty. The burden of decision making would then come back to the referees on the pitch and retain the human element to refereeing whilst also providing significantly better oversight of their decisions. Conversely, football could take the same course as cricket and place the responsibility on teams and their managers. Also seen in the NFL, teams would be able to challenge decisions made on the field, which would then be reviewed by the referees. Teams would be limited to one or two incorrect challenge per game, to keep it flowing freely whilst also making sure the challenges were used sparingly.

Another change which could see an improvement in VAR’s popularity would be from the players themselves. A greater scrutiny of players’ conduct might make the game more free flowing, as players are more likely to focus on intercepting the ball and getting into wide spaces than loading up the box and grappling with the opposition team. A more extreme version of this was seen in rugby, where the TMO has almost eliminated cheap shots on the international stage. This would in turn lessen the need for VAR, as the number of 50/50 fouls in the box are reduced, with defenders becoming more wary of their actions. Furthermore, a change could come from changing the rules themselves. A majority of criticisms of VAR come from the half an inch offside calls, when an armpit is seen dangling over the line or issues with when exactly the ball was kicked matching the offside line. The issue comes not with the technology, but rather the rule itself. A change in the rules, even if it made it so those close calls would stay with the on-field decision (like cricket’s ‘Umpire’s call’) would mean again place power back into the hands of referees.

What football cannot afford to do however is to abandon the system at the first sign of opposition. For years the beautiful game has been lagging behind its competitors. VAR signals a new age of football, and rather than simply complain about its existence, fans should look for new and improved ways to adapt this new technology to prevent further gaffes like those we’ve already seen this season.

Featured image by Thomas Serer. Available on unsplash under under Creative Commons 2.0 license