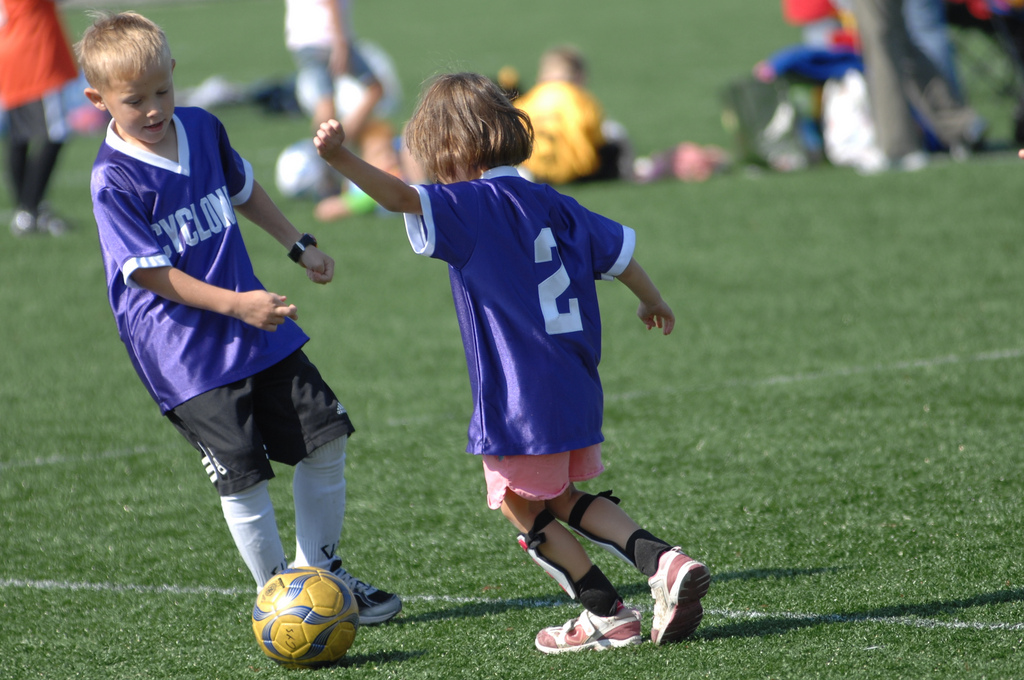 Did England ‘invent’ football? The answer is yes and no. Many peoples and cultures played familiar ball games centuries before modern football came about. FIFA itself names the Chinese ball game ‘cuju’ as football’s earliest ancestor, but comparable games were played in the classical world and aboriginal Australia. In the Middle Ages ‘mob football’ was popular across Europe, for instance in Italy, where residents of Florence played in the town square. Britain was no exception: a Scottish law from 1424 forbade subjects to “play at the fut ball”, and football even crops up in Shakespeare.

These games could be labelled ‘football’ in a broad sense, as forerunners not only of association football, but of its various siblings such as rugby and American football. But it was in nineteenth-century England that football gained codified rules, regular tournaments and professional players. If the word ‘football’ is used to mean modern association football, it is no fallacy to claim it as an English invention. That British legacy remains inescapable today, a fact demonstrated by the misleadingly named International Football Association Board, which makes the laws of the game. Its five members are England, Wales, Scotland, Northern Ireland and FIFA.

Although pre-modern football was essentially a folk game, it was the aristocratic public schools who made the modern sport. Inter-school competition required mutually agreed rules. The earliest ones, such as the 1848 Cambridge Rules, clarified certain differences from rugby: forward passes were allowed, though the ‘fair catch’ was still permitted. In 1863, a number of schools and clubs founded the Football Association and drew up a set of rules, distinct to the sport which became known as Association football (hence ‘soccer’). In 1872 the first FA Cup final took place in London; eight months later England and Scotland played out a goalless draw in Partick, in what FIFA regards as the first ever international, although some similar fixtures had taken place before that.

In the spirit of the pioneering public schools, early football was amateur, in the sense that players were wealthy enough to take part for love of the game and receive no money in return. This amateur spirit typified the era, and would underpin Pierre de Coubertin’s revival of the Olympics in 1896. In practice many clubs flouted that spirit and paid their players, though it was not until 1885 that the FA formally legalised professionalism, leading to the foundation of the Football League in 1888. For decades the league retained a northern and professional character: no team south of the Midlands won the title until Arsenal, managed by the great innovator Herbert Chapman, did so in 1930/31.

Having standardised the game at home, England set about exporting it abroad. In imperial Germany, where authorities viewed team sports as fertile ground for socialism, football took time to gain acceptance. But where clubs did appear, they sometimes paid tribute to their English role models, adopting names such as ‘Britannia 1892 Berlin’. In Italy the English influence is evident in the case of AC Milan, which bears the city’s English name rather than its Italian one, Milano. British and European expats were successful too in spreading football to South America, where Corinthians and others pay homage to England in their titles.

Despite (or because of) England’s leading role in spreading football overseas, the FA generally turned its nose up at international innovations. FIFA was founded in Paris in 1904; England joined in 1906 but left again in 1928. As a result they skipped the first World Cup in 1930, which saw twelve teams play in a tournament won by hosts Uruguay in an eventful final against Argentina (4–2). UEFA too faced an uppity English response: the FA barred 1954/55 champions Chelsea from entering the inaugural European Cup, held the following season and won by Real Madrid.

By then, the ignominy of defeat by the US in 1950 and a 6–3 pummelling by Hungary at Wembley in 1953 had confirmed to England what was obvious to most: that its footballing pre-eminence was no more. The brilliant Hungarians had the World Cup within reach in 1954, but contrived to throw away a two-goal lead in the final against West Germany and lose the match 3–2. From total football to tiki-taka, players and managers have always found new ways to dominate; from Preston’s ‘Invincibles’ in 1888/89 to Brazil in the 1970s, many teams have seemed unstoppable. But as Greece demonstrated so gloriously in 2004, anything is possible.

Football has always interacted with world events. Following the Anschluss in 1938 a combined German-Austrian team travelled to the World Cup in France – only to be dumped out by Switzerland. When the Bundesliga was founded in 1963, Cold War politics dictated that a team from West Berlin be included, whether up to standard or not. (This policy was abandoned after Tasmania Berlin managed just eight points in 1965/66, conceding 108 goals in the process). Diego Maradona’s ‘Hand of God’ in 1986 was seen in Argentina as payback for the Falklands War. Football exemplifies modern-day globalisation as well as any industry, and has struggled badly to adapt to multi-ethnic societies.

The politics of a football match can become too much. That was as true in 1930, when World Cup final referee Langenus had to confiscate 1,600 revolvers from spectators, as it is today. But football can unite people as well as divide them. Soldiers in opposing armies played football in no man’s land at Christmas 1914. The US and Iran were joint winners of FIFA’s Fair Play award in 1998 for the friendly spirit in which they played a World Cup match, political differences notwithstanding. Japan’s triumph at the women’s World Cup in 2011 offered hope just months after Fukushima.

Football has come a long way. In 2012/13, 13 million spectators turned out to watch matches in the world’s most attended league, the Bundesliga. In 2006 FIFA estimated that 270 million humans took part in football worldwide. One wonders what the schoolmasters of Victorian Britain would have thought of that.