CM Punk has lost my support 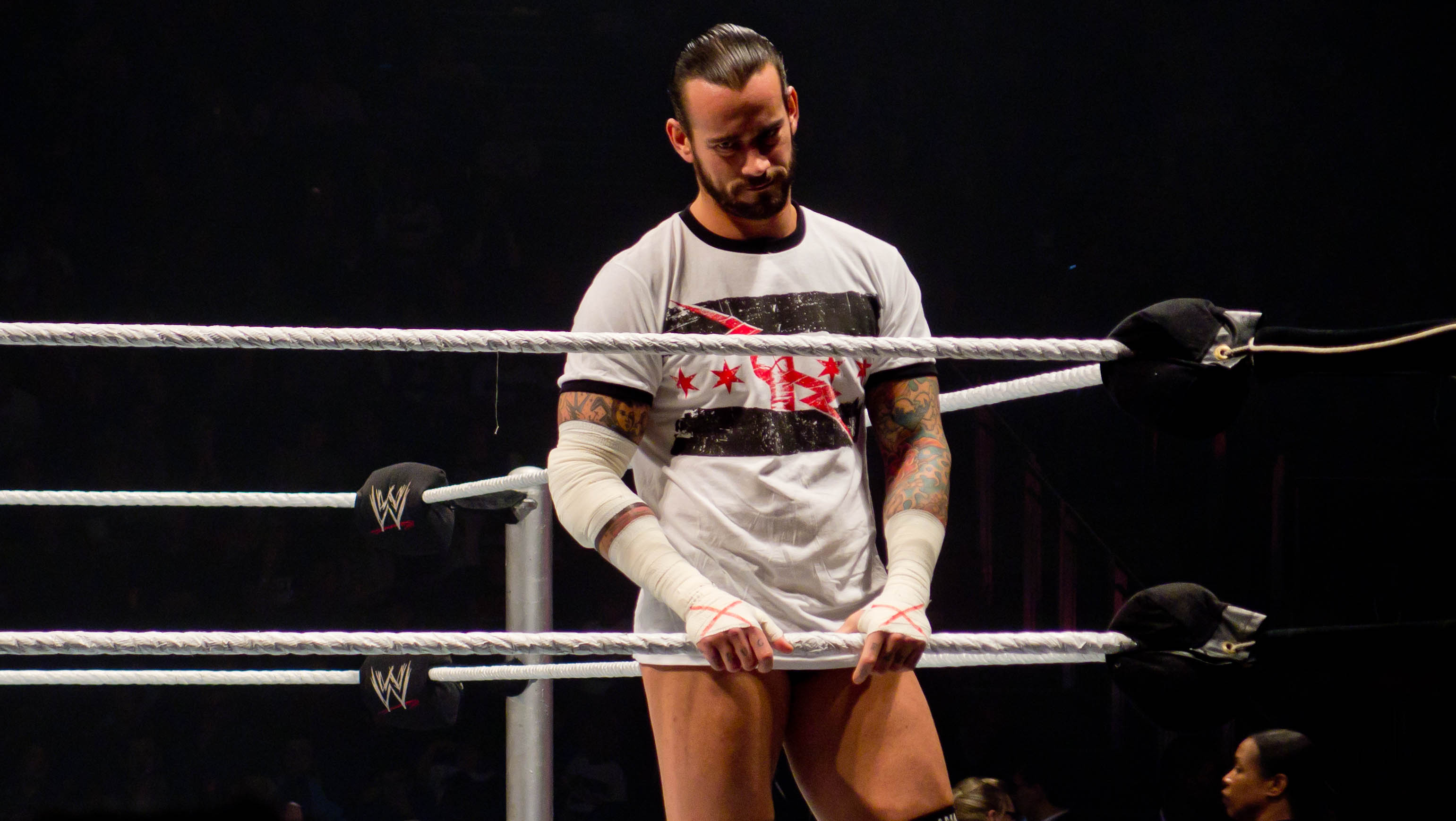 Whether you follow professional wrestling or not, CM Punk’s story is one of the biggest sporting controversies to be seen for a long time. He made headlines recently when he announced that he has signed a contract with UFC, the largest mixed martial arts (MMA) organisation in the world. Although not the first time this has happened (Brock Lesnar famously left the WWE to go on to become UFC Champion, before returning to the WWE in 2014), CM Punk’s decision has become one of the most talked about events on social media – with opinions both positive and negative felt by fans and non-fans alike.

Professional wrestler CM Punk (real name Phil Brooks) defined 2014 in sports entertainment, starting with his choice to ‘leave’ the WWE following the Royal Rumble pay-per-view in January. There was no immediate acknowledgement of Punk’s departure. Instead, he failed to appear on the following Monday Night Raw, as well as not being present for Tuesday’s SmackDown! Tapings. By Wednesday WWE had stopped advertising CM Punk’s appearances with the company altogether.

It was later revealed in The Wrestling Observer that Punk had walked out that Monday, telling CEO Vince McMahon that he was “going home”. McMahon later reported on this in a conference call, declaring that Punk was “taking a sabbatical”. It was not until nearly a month later that the company acknowledged Punk’s absence on air. WWE then began removing footage of CM Punk from their promotional videos. Only in July did they begin using footage showing Punk as part of a campaign to promote the WWE Network, an on demand video streaming service containing a vast majority of WWE content (which has already caused much negative attention, still not being available to UK fans).

Rumours of Punk’s retirement began circulating as his die-hard fans prayed it wasn’t so, with non-fans targeting Punk as a “crybaby”. In an interview in May, Punk was asked if he would ever return to professional wrestling, to which he famously replied “never ever”, which put a lot of fans out of hope to ever see their favourite star back in the squared circle. However this didn’t stop a lot of fans continuing to chant his name at the live shows in support of their fallen hero.

There was much speculation as to what really led CM Punk to leave the WWE. Many seemed to think Punk’s ‘choice’ to leave was due to him having to drop his WWE World Heavyweight Championship to The Rock at Wrestlemania. Punk made no secret of his disdain for this decision, feeling he should have held the title longer, despite already having held it for a record-breaking 434 days (to hold the title for over a year is something which only another seven superstars have done in the last fifty years – including the likes of Hulk Hogan and John Cena).

I should make it clear I’m a big CM Punk fan, as he was one of the few wrestlers who really felt ‘real’. The storylines he was involved in always had something to with real life; they weren’t cartoonish. If Punk was angry at the CEO backstage, he’d go out in front of a live audience and voice his complaints. This ultimately led to Punk’s famous ‘pipebomb’ segment, in which he completely broke the scripted world of professional wrestling to decry the backstage environment in which he found himself trapped. In the segment he broke multiple wrestling taboos, mentioning rival promotions and even making a deathwish for CEO Vince McMahon. No longer was this a show of childish heroes and villains. It became one disgruntled employee versus the boss – and this is what led many, including myself, to buy into the character: CM Punk.

In November, Punk broke his silence and appeared on friend and fellow wrestler Colt Cabana’s podcast, Art Of Wrestling. For the first time, fans heard Punk’s side of the story in great detail. He revealed that he didn’t ‘leave’ as previously suggested, and was instead fired on his wedding day in June, having been suspended for two months after walking out in January. WWE claims that this was just unfortunate coincidence, but Punk is adamant it was deliberate. He tore into the WWE for making him work with a potentially fatal MRSA infection and not taking proper care of the wrestler’s health – Punk cites his health as his main cause for leaving. He spoke of many injuries he had to work with in the last few months of his career, including broken ribs and knees. Punk named names and didn’t hold back, condemning officials and co-workers alike.

Reports of reactions within the WWE started to emerge, with chairman Vince McMahon stating he was “very upset” as well as Executive Vice President Triple H, who was allegedly “fuming” and wanted to kill Punk. However, Vince McMahon later allowed himself to be questioned on the matter by who else, than one of the companies largest stars, Stone Cold Steve Austin. The interview was part of Austin’s podcast, with Vince as the guest. Vince McMahon apologised to CM Punk on the show only for it to be rejected by Punk a week later, in part two of his Art Of Wrestling podcast as a “publicity stunt”. Punk said he felt like McMahon could apologised privately and long ago if he were to be believed as sincere.

The story made Punk the focus of sympathy, with fans even choosing to stop watching WWE programming because of how Punk claimed to have been treated. I mentioned earlier that I was a huge fan of Punk, so you would be right to assume I also felt sorry for the way he had been treated.

That was until 7 December, when I awoke to find Punk announcing that he had signed with UFC. I should make it clear that I have never watched UFC, nor do I intend to – all I know is that it is a genuine (non-scripted) competitive combat sport. It’s real-life fighting. Immediately, I thought to myself: “You stupid so-and-so”. It’s not that I don’t think Punk is tough enough – I’m not putting his physical ability down at all. I just don’t understand it. Why would he leave a company because he is injured, only to join another one where the objective is to injure your opponent as much as possible? Punk is thirty-six and has zero MMA experience, with all the added physical disadvantages that come with being a professional wrestler for the majority of that time. How much success does he expect to find in his new job? He’ll be going up against opponents similarly matched to his weight and experience, the majority of whom will be younger than he is and have spent more time training; Punk wishes to be in the Octagon by 2015.

CM Punk is a big name. I personally don’t think that UFC will care whether he wins or loses; he will draw a crowd. This whole career move really just makes the validity of Punk’s claims questionable at best. I imagine Punk already knows much of what I’ve said in this article and he’ll have his reasons for his decision. I wish CM Punk all the best in his new ‘hobby’ but unfortunately, as a fan, I can’t respect his decision.