Chelsea’s defeat could be a blessing in disguise 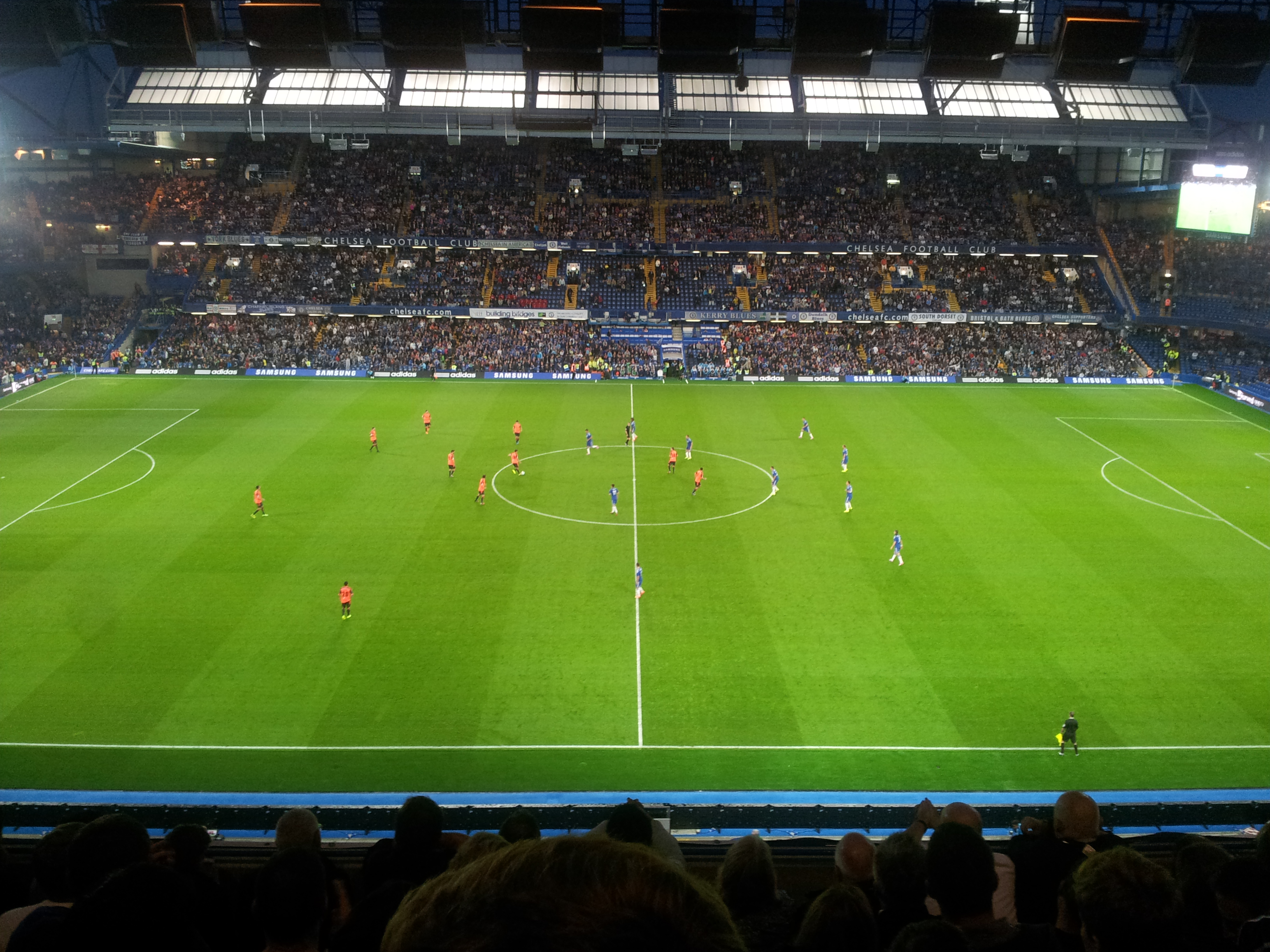 Could defeat by PSG help bring the title to Stamford Bridge?

Last April, Manchester City drew 2–2 with Sunderland at the Etihad, leaving them six points behind league leaders Liverpool. Fans and pundits began the preparations for Liverpool’s coronation. Almost unnoticed, however, was the path which the result had opened up for Chelsea. Second in the league, Jose Mourinho’s side were four wins from the Premier League title, and three good results from adding a second Champions League in three years. But Chelsea had fingers in too many pies. Just three days later, Mourinho lost his first ever league match at Stamford Bridge. A battling draw against Atletico Madrid was followed by a famous victory at Anfield, but it all proved too much in the end. Chelsea’s fifty-fifth game of the season ended in defeat to Atletico in the second leg, and a season without silverware for just the third time since Roman Abramovich bought the club.

Chelsea, in other words, had fallen between two stools. Challenging for the Premier League title while competing in the European Cup is hard. Chelsea’s recent triumphs have often demonstrated the point. The Champions League title in 2012 was won partly by sacrificing the league, in which they finished sixth. Only one of the starting XI in Munich – Ryan Bertrand – had begun Chelsea’s game at Anfield eleven days earlier, which they would have needed to win to have any chance of a top-four finish. Conversely, the Premier League title secured under Carlo Ancelotti in 2010 was almost certainly helped by Champions League results. Chelsea had gone out to Mourinho’s Inter at the same stage at which their European challenge ended last night; they won nine out of eleven Premier League games thereafter. Manchester United, meanwhile, had a fierce quarter-final with Bayern Munich to deal with either side of their match against Chelsea at Old Trafford. Ancelotti’s team, with a week off before the game, won the match 2–1, and the title by one point.

True, United did win both titles in 2008. But that was Ferguson’s last truly great United side, led by Ronaldo, scorer of forty-two goals that season, alongside Rooney, Tevez, Ferdinand, Vidic and van der Sar. Even then, it was a close-run thing. A less slippery Moscow penalty spot, for a start, might well have sent the European Cup to Stamford Bridge. Chelsea deserved to go out to Paris St-Germain last night. They must ask themselves how they were thwarted by a team who played almost ninety minutes with ten men. To concede two goals from corners is careless. But the result could prove beneficial. For the first time since 2010, they will enter April with only domestic fixtures left to play. The first leg of their Champions League quarter-final would have been on 14 or 15 April, just days before Manchester United visit Stamford Bridge. The second leg, a week later, would have fallen neatly between the United game and a visit to the Emirates Stadium. Chelsea no longer have to worry about a hellish fixture list like that.

A focus on domestic matters will be especially welcome given that Manchester City are likely to follow them out of the Champions League. Manuel Pellegrini’s team had only the Premier League to think about after 9 March last year. Liverpool, essentially playing one match a week, won every single one in the league between a draw at West Brom in early February and the fateful Chelsea game. Chelsea, three points ahead of them with a game in hand in early February, played eighteen games over the same period, and won barely over half. They played sixty-nine times during the previous season, and although 2012/13 ended on a high with third place and the Europa League title, Chelsea’s title challenge had evaporated by December. Manchester United played fifteen fewer games, and finished fourteen points ahead.

Of course, many other factors will help decide the destination of the Premier League title this season. Jose Mourinho’s sides are usually good at responding to poor results, but the psychological effect of defeat in one competition can be significant in others – just look at Arsenal in recent years. Elimination from the Champions League is anything but a nice feeling. Mourinho still has not won the cup with Chelsea, in five attempts. Chelsea have won just one of their last four home games. The Premier League’s self-proclaimed status as the ‘best league in the world’ lies in ruins, with English teams almost certain to be outnumbered by Portuguese ones in the last eight. It is not Chelsea’s title yet. They and City have comparable fixture lists. There are no easy games, certainly not at this stage of the season.

In the build-up to the match, the French press wondered aloud whether Chelsea had soft-pedalled against Bradford in the FA Cup to give themselves more time to prepare for PSG. If that was the plan, it didn’t work. Nonetheless, although Mourinho will deny it, Chelsea’s departure from Europe might yet work out for the best. Many of their European defeats have been traumatic and controversial. Last night’s match was a disappointing draw, but no worse than that. In time, Chelsea may see it as a blessing in disguise. David Luiz, who pleaded for forgiveness from Blues fans for celebrating his equaliser, has never won a Premier League winner’s medal. If Chelsea end the season as champions, perhaps they ought to send him one.