A Preview of the 2014 Australian Open Men’s Singles 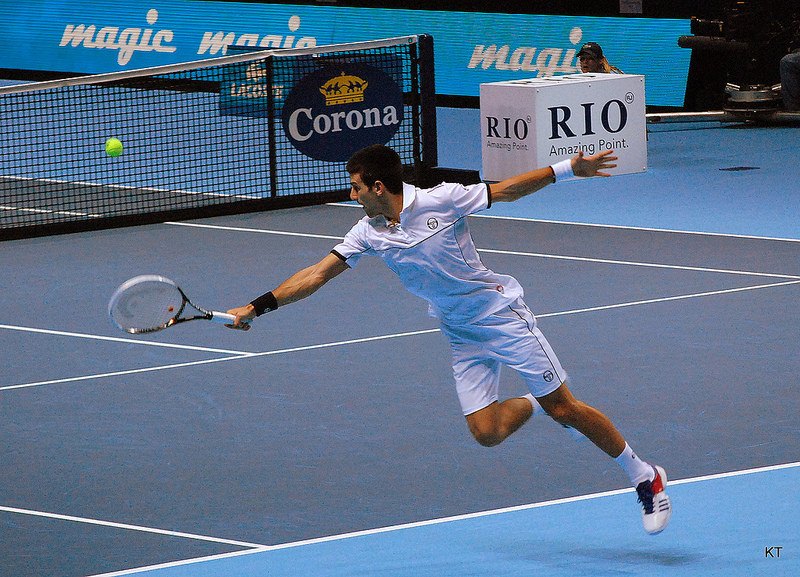 After almost two months of posh dinners, charity exhibition matches and spontaneous hiring of yesterday’s greats as coaches, the 2014 tennis season begins in earnest on Monday. While this may mean little or nothing for the average Brit – the type who has watched the last two Wimbledon finals but isn’t entirely sure how a tie-break works and definitely couldn’t recognise David Ferrer – for the hardened tennis fan the Melbourne tournament calls for odd sleeping patterns and obscure internet streams. But who are the main contenders for this year’s trophy?

Anyone with even a passing knowledge of tennis could tell you that 2013 belonged to Nadal. The Spaniard returned from knee injury to win ten titles, including two Grand Slams and reclaimed the world number one spot. But, when measured against his own lofty standards, Nadal has a poor record in this tournament, reaching the semi-finals or better only three times in eight attempts and triumphing just once. Furthermore, the tournament draw has conspired against Nadal’s chances of victory, littering banana-skins in his path at every turn. The Spaniard faces the enigmatic Bernard Tomic in front of his home crowd in the opening round, and is likely to have to beat Gael Monfils in the third round, his nemesis Juan Martin Del Potro in the quarter finals and potentially either Roger Federer or Andy Murray in the semi-finals. Nadal would be the favourite in each instance, but will he have anything left to give in the final? Prediction: Runner-up.

Although all the talk last season was of Rafa’s remarkable return from injury, Novak finished the season on a 24 match winning streak, with two victories apiece over Federer, Del Potro and Nadal during that run. With so little to choose between the two on a slow outdoor hard court, I would give Djokovic the edge in Australia due to his penchant for ending points more quickly than his Spanish adversary, who is notorious for slowly grinding down his opponents in rallies. This could be key as Nadal might have to spend more time on court (in temperatures often exceeding 40° C) than Djokovic in the early rounds of the tournament, thus expending vital energy reserves. Furthermore, Djokovic seems far less likely statistically to fall unexpectedly in the early rounds – he has reached the semi-finals or better in the last fourteen Grand Slam events whereas Nadal has occasionally fallen early, albeit often as a result of injury. The tournament draw also favours the Serb and his toughest match en route to the final may well be a quarter-final against eighth seed Stan Wawrinka, who took him to five sets in last year’s 4th round. Prediction: Winner.

Yes, he does exist. Ferrer is a constant presence in the latter stages of tournaments by virtue of his knack of beating lower ranked opponents. However, the Spaniard they nickname ‘the wall’ struggles to generate the power on his serve and groundstrokes to trouble the very best, as his 0–14 record against Federer and 5–21 record against Nadal suggest. As such Ferrer has only ever reached one Grand-Slam final, in which he was beaten for the expense of just eight games. His ranking at world number three is somewhat misleading and unless the draw opens up for him he has next to no chance of opening his Grand Slam account in Australia, as his 80–1 odds portend! Prediction: Quarter-final.

It is so difficult to know exactly where the churlish Scot stands today in men’s tennis after injury forced him out of the game at the end of last season. There can be little doubt that a Murray on top form poses far more trouble to either Djokovic or Nadal than any of his other rivals do, but does Andy arrive in Melbourne on top form? Almost certainly not, or at least that is what his defeat to world number 38 Florian Mayer in the Qatar Open might suggest. The tournament draw has made matters even more difficult for Murray; he might have to defeat Federer, Nadal and Djokovic in consecutive rounds to claim his third Grand Slam. Andy may be sufficiently equipped to beat an ageing Federer, particularly on the slower courts in Melbourne, but it seems unlikely that he would be able to outlast Nadal or Djokovic (let alone both) given his recent return from injury. Prediction: Semi-final.

Only once in almost ten years has a man ranked outside the top four in the world has won a Grand Slam singles title and I suspect that to continue in Melbourne. Del Potro is as likely as any to buck the trend (as he did in 2009) and he matches up particularly well against Nadal (winning five of their last eight meetings) as he has the height to deal with the Spaniard’s high bouncing top-spin forehand. That said, he has always struggled against Federer (5–15 career record) whose low backhand slice poses problems for the Argentine, the tallest ever Grand Slam singles champion. Prediction: Quarter-final.

It is unlikely Tomas Berdych will emerge from Melbourne victorious, but expect to see him playing in the latter stages of the tournament. He has a reasonably straightforward draw up until the semi-final stage where he could meet Djokovic. A potential quarter final against David Ferrer would be strongly contested but I believe, contrary to popular opinion, that Berdych’s vastly superior serve might nudge the balance in his favour. Prediction: Semi-final.

It might seem demeaning to assess Roger Federer’s chances of glory alongside those of Del Potro and Berdych, but he no longer looks consistent enough in rallies to trouble the world’s best. He is trying a larger 98 sq. inch racquet to attempt to regain his powers in that department but the Swiss star will undoubtedly take time to adjust to his weapon. He also has a tough draw and will do exceptionally well to reach the semi-finals as that would likely necessitate beating Jo-Wilfried Tsonga and Murray in consecutive matches. One should be wary of dismissing the chances of arguably the greatest player to ever grace a tennis court, but I don’t think even he believes he can win. Please prove me wrong, Roger! Prediction: Quarter-final.

Watch out also for Lleyton Hewitt and Ernests Gulbis. Hewitt recently beat Federer in Brisbane and has the potential to be dangerous at his home Grand Slam, even if unseeded. Gulbis beat Murray and Tsonga last season and twice took Nadal into a deciding set as he rose from 138th to 24th in the world rankings. They are potential fourth round opponents for Nadal and Djokovic respectively.