Zima Blue: Poolside reflections of Our Own Evolution

Love, Death, and Robots is a series of animated stories on Netflix which span a range of genres and themes. One episode that captivated me, and one I highly recommend, is Zima Blue. This beautiful story explores the evolution of a primitive water dwelling robot which progresses into a complex, you could say human like, machine. Finding his truth and a deeper meaning of himself is central to Zima’s development into a highly aware robotic system. In my eyes, Zima Blue is an abstract representation of evolution with a twist to echo humanity; no matter how advanced or successful Zima became it was not enough for him. His drive for perfection did not lead to happiness. 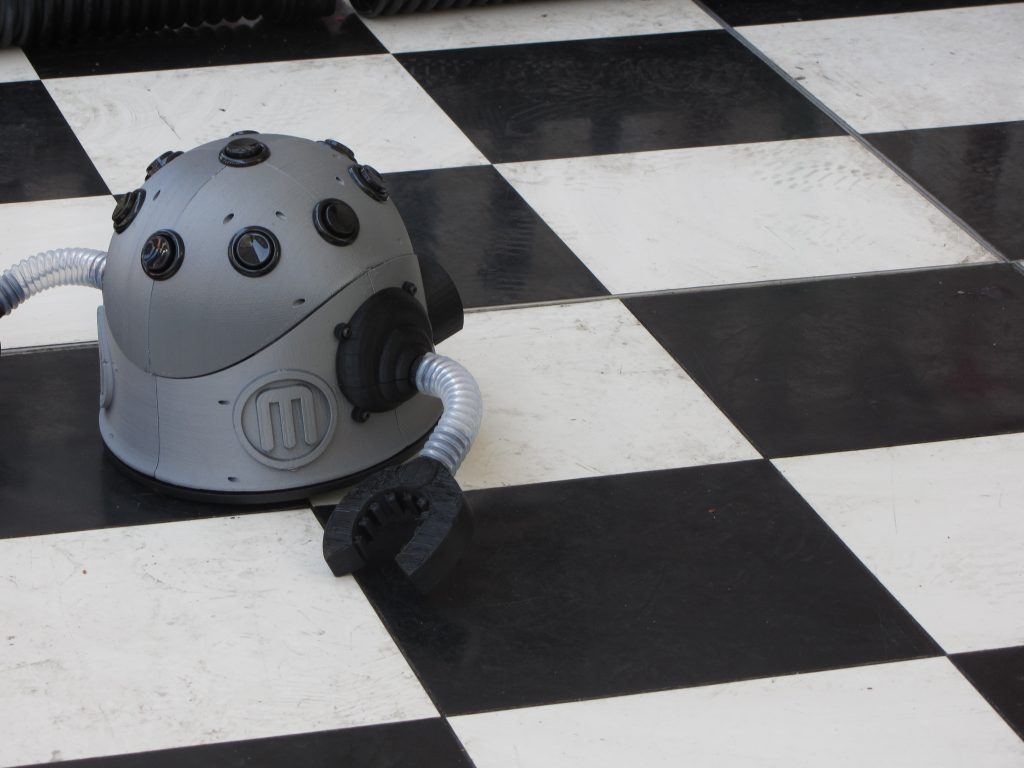 A more traditional idea of a robot. Image available on Flickr  under Creative Commons 2.0 license.

Zima’s existence began as a simple robot designed to clean the zima blue tiles of a woman’s swimming pool. Over time the robot was given a visual system and a brain to process its surroundings and make its own decisions. After the woman’s death, it was passed onto different owners who made their own modifications and “with every iteration it became more alive”. The robot developed a consciousness and a sense of creativity, enabling it to conceptualize the meaning of its own existence.

Zima’s final form is complex and unrecognizable from his original; much like how we are unrecognizable from our distant ancestors but have the history of these previous lifeforms written in our DNA and entwined in our development. For example, how our heads originated from our water living ancestors. Free swimming animals had a selective advantage in possessing sensory cells at their front end (i.e. head). This allowed them to process novel environmental information and act accordingly. Thus, our head evolved from a simple thickening of the neural tube in our water living ancestors. Zima was simply given a visual system, but ours is a product of millions of years of tweaking to create a complex organ; that being the eye. However, this elegant system progressed from a simple set of photosensitive cells at the front end of a water living creature.

Using his dexterous robotic fingers and mechanical brain, Zima becomes a successful artist. A major event in evolution, which allowed humans to develop creative abilities to construct art, play instruments, and for me to type this article, is the fin to limb transition. This was a remarkable transition in the late Devonian period which allowed vertebrates to colonise land. These changes are ultimately due to alterations in the timing and spatial patterns of gene expression. The alterations are then translated into modified cellular behaviors in order to generate morphological differences.

The owners of the robot reflect the mechanism of evolutionary change; they make small changes to the robot’s constituent parts and add novel components, refining him over many years. Furthermore, they tailor their changes to fit what they desire him to be and do, reminiscent of selection pressures in evolution. However, only reminiscent of course as evolution does not have a set goal to aim for. Evolution is not creating the ultimate organism. Instead, it is fueled by random changes to DNA (whether that is mutations, duplications, or transpositions). These produce nonrandom changes in the phenotype (the observable characteristics) over time, which persist depending on certain constraints and selection pressures present at the time.

The owners of the robot are constrained by what has been built before. Evolution works in much the same way. Changes to a biological system must be compatible with what already exists otherwise the changes would be detrimental and not selected for. The agent of change is DNA and evolutionary processes can only work on what is already ‘written’ in this biological molecule; you cannot build a robot with metals that don’t exist just as you cannot make developmental changes with genes that don’t exist.

The artistic ability of Zima is an opportunity for me to highlight that nature is arguably the best artist. One aspect of development (how complex organisms form from a single cell) is pattern formation. Patterns are a key aspect of this process and instruct how and where cells will differentiate and ultimately form the embryo. One example is the astonishing array of hair follicles which are organised in regular arrays on our skin. This is a product of interacting signaling molecules and the self organising abilities of cells to produce remarkable patterns.

At the end of the story, Zima Blue elegantly dives into the old swimming pool to return to his original form; the primitive water living robot. He switches off his higher brain functions to resist survival in the water. Evolution cannot simply start again; it must work with what is already present. This imposes constraints to channel how evolution can go forward. Although the ending is a representation of what evolution is not; it can be seen in another light. Whilst Zima is in the water, he breaks down piece by piece to reveal his individual elements. Breaking developmental processes down into either molecular mechanisms or anatomy allows us to see the deep connections with all life forms on earth and how our anatomy has been shaped by our distant ancestors.