A bit of fun

Evolutionary biologist Mark Scherz of Ludwig-Maximilians Universität in Munich, Germany, was the first person to describe a new genus of tiny frogs in March last year. All measuring less than 2 cm, he named the species he found Mini mum, Mini ature and Mini scule. The species belong to a subfamily found only on Madagascar, and the study highlights the lack of understanding of miniaturised frogs, informally known as microfrogs. On average, 10 new species of these Malagasy microfrogs are identified each year. Identifying the differences between such Lilliputian species is a hard task, and Scherz’s team were reliant on a host of genetic, molecular and microCT scan information to distinguish them. 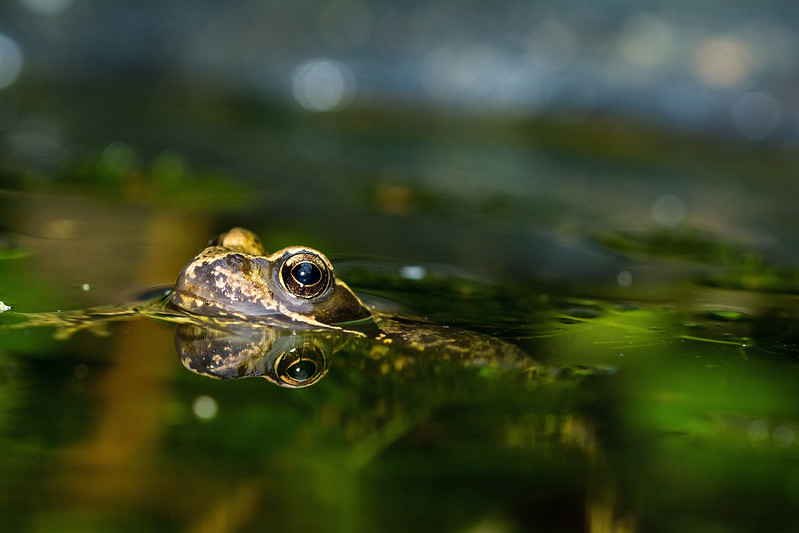 Similarly playful names are seen in many other species. A spider named Aphonopelma johnnycashi was first found in California near Folsom prison, where Johnny Cash famously performed, and male spiders are covered in thick black hair, in line with Cash’s characteristic image. Fortunate discoverer Dr Chris Hamilton later told the BBC, “I have a Johnny Cash tattoo so I was very happy that it worked out that way.”

On a smaller scale, when scientists name newly uncovered molecules their choices can seem quite random to those outside of the field. Since many groups of biologists dedicate their lives to understanding certain model species, such as mice or flies, naming conventions can emerge amongst experts for a certain species. Scientists studying fruit flies have a long history of naming genes using seemingly bizarre adjectives, which actually describe what happens in mutants who have lost the gene. Examples include dunce and amnesiac genes which are both involved in memory, and notch which has a big role in development – when this is mutated it generates ‘notched’ wings in the flies. There’s also tinman, causing mutants to lack a heart as per the character in Wizard of Oz; dachshund, with mutations leading to developmental defects in legs, and swiss cheese which is needed for brain development so without it, mutant flies’ brains develop lots of holes!

There’s also even a whole group of proteins called Adam – the acronym ADAM stands for ‘a disintegrin and metalloprotease domain’ which is a characteristic fold in the structure of these proteins, which often functions to cut other proteins.

Famously, curious names have been given to flavours of quarks, one of the fundamental fermion particles making up all matter in the universe. The term ‘quark’ itself was inspired partially by a passage in James Joyce’s Finnegan’s Wake, though physicist Murray Gell-Mann came up with the sound of the name before coming across Joyce’s spelling. Quarks come in six flavours, including the exotic-sounding charm and strange varieties. ‘Strangeness’ is also a property which particles can possess, apparently so named because it was quite unexpected when it was first observed in kaons. Further flavours are also known as beauty and truth, though are more commonly referred to as bottom and top.

However, several seemingly ‘silly’ name choices have resulted in controversy – notably when they’ve had medical implications.

Another key biological messaging molecule in fruit flies was named hedgehog, since larva lacking it develop small pointed projections, resembling hedgehog spines. A series of related hedgehog genes were then found, including one which was christened ‘Sonic Hedgehog’. This group of genes have vital roles across a range of animals, notably in development, and it turned out that Sonic Hedgehog has perhaps the most critical roles in development, and is now the most studied of them all. This key role can be impacted in Holoprosencephaly, an impairment of fetal brain development – leading to some criticism of the frivolous naming choice, which made explaining the condition harder for medics. The example highlights the key problem with naming scientific discoveries: it’s impossible to be sure of the future implications of your discovery, and indeed the name. 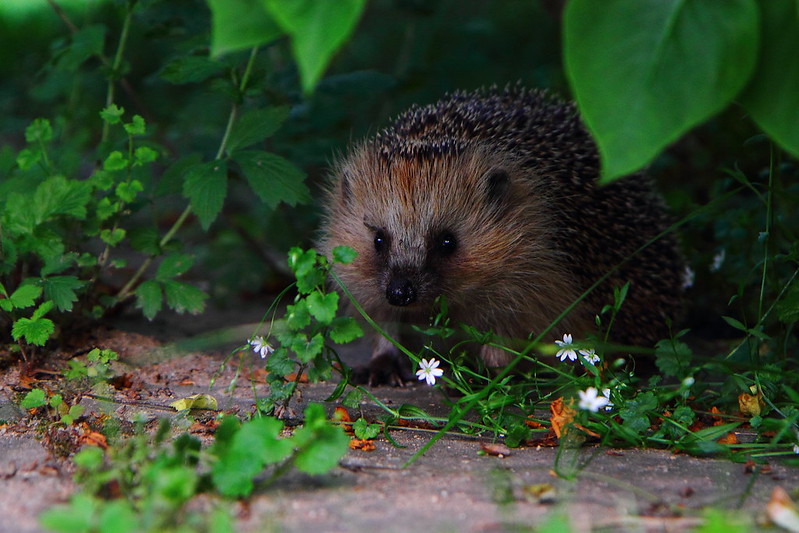 The other hedgehog. Image by Kalle Gustafsson, Flickr under Creative Commons Licence

A second case of poor naming was seen in the acronym CATCH22 for a genetic condition, which stands for ‘cardiac anomaly, T-cell deficit, clefting and hypocalcaemia for chromosome 22q11.2 microdeletions’. Given the pessimistic lose-lose connotations of the name, it was quickly deemed inappropriate for a genetic condition which has lifelong implications for those affected, and scrapped – the condition is now known as DiGeorge syndrome.

Usually the scientists who make the finding! The responsibility of naming a species lies with its discover, within rules set by The International Commission on Zoological Nomenclature. The name must be unique and follow the format Genus species, for example Homo sapiens. Similarly, there are guidelines for naming genes and proteins in most animals, and for humans genes there is a committee, HGNC, which was established in 1996 to ensure ‘clear and unambiguous’ names particularly since sometimes genes can collect several names when they have been discovered by different groups or in different roles. Having said this, customs and conventions often have a big part to play in how names are chosen.

When asked by National Geographic about his choice of name for the Malagsy microfrogs, Scherz said that “so much about science is dry, if there’s anything we can do to make our science more approachable, we should do it.” Talking to Nature, Scherz also stated that “people who know me personally know that wordplay is about 70% of my personality”.

Just like any other field, science is rich in culture and history. Strange naming traditions and their often naff humour can be at their best both informative and fun. Compelling names can brighten up the basic science for those working in the research labs as much as for those who later encounter their findings – in textbooks, the media and beyond.