Why There’s No Such Thing As ‘a Cure For Cancer’ 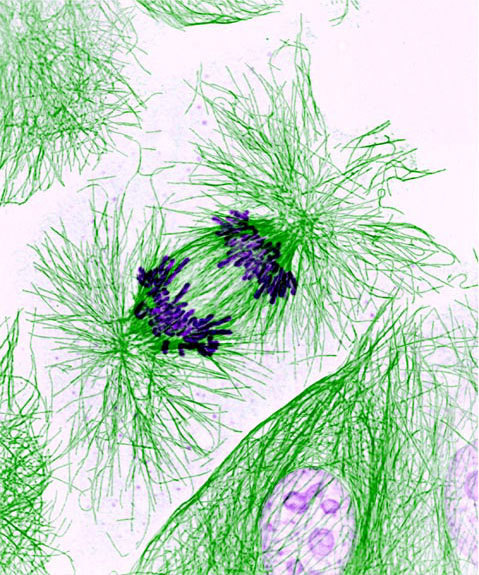 Most of us know somebody who has been afflicted with cancer. A large proportion of us have also seen those click-bait articles on Facebook saying ‘Pharma Companies: They’re hiding the cure for cancer from us’. There are a number of issues with this, but the one that I feel is most important to address is understanding exactly why there’s no such thing as a single cure for cancer.

Cancer is an issue of cell replication that occurs in an uncontrollable fashion. This commonly results in many cells that are undeveloped, or, undifferentiated, and these cells often can’t behave in the way their normal counterparts can. Depending on the progression of the cancer – whether it becomes malignant or remains benign – the mass of cells can impose on the natural functioning of the body’s systems, causing them to fail and shut down.

On a smaller scale, cancer is characterised by an abnormality in the genetic sequence in genes that control cell replication and differentiation. Already we have two ways cancers can potentially vary – the first is in the specific sequence change in the mutation, for example, whether or not the affected gene is an oncogene, that is, a gene that promotes cell growth and proliferation, or whether the gene acts as a tumour suppressor gene, a gene which inhibits and controls cell proliferation.

Mutations required for a cell to become cancerous may involve mutations that make the cell insensitive to signals that regulate its replication, or there may be mutations which produce novel oncogenes or hypersensitive oncogenes. There may also be mutations which mean the cell is defective in repairing mutations, leading to a higher chance of the cell becoming cancerous. Finally, a mutation may cause the cell resist programmed cell death, called apoptosis, which ordinarily happens when an unresolvable genetic mutation is detected.

Another variation, as mentioned a little earlier, is whether the tumour progresses from benign to malignant. This relies on the angiogenic switch, which allows the tumour to acquire its own blood supply in order to support its contained cells. When this happens, a breaking away of cancerous cells from the primary tumour may occur, and these enter the newly formed blood supply to travel via the circulatory system to other sites in the body where the cell may lodge and form secondary tumours.

So here we have a range of very simplified differences between various causes of cancer. As it currently stands, we have no absolute cure for cancer, however we do have a range of treatments. Naturally, cancers require different treatments best suited to their individual characteristics. Each different treatment targets a unique aspect of cancer progression, preventing the continuous replication of cells. Some exemplary categories of anti-cancer treatments include:

1. 1. Alkylating drugs – These drugs target cells that are undergoing DNA replication by crosslinking proteins and DNA, disrupting their structure and causing apoptosis.

2. 2. Antimetabolites – these drugs interfere with creation of essential molecules required for DNA synthesis. These drugs include Methotrexate, Hydroxyurea and Azathioprine. This disruption of DNA production means that the cancerous cells which previously replicated uncontrollably are suddenly unable to produce more DNA, which is necessary when creating new copies of themselves, stopping replication.

3. 3. Anthracyclines – These drugs include Bleomycin or Doxorubicin. Anthracyclines have different modes of action including intercalating DNA, unwinding the DNA helix. They also inhibit an enzyme called topoisomerase which regulates the winding and unwinding of the DNA helix, producing breaks in the DNA strands. They can also produce free radicals that destroy dividing cells.

4. 4. Anti-microtubule agents – These drugs act by binding to components of intracellular microtubules, which make up the cytoskeleton. Ordinarily this gives the cell its shape, supports its structure (both internal and external) and allows transport of molecules in, out and around the cell. The cytoskeleton also allows the cell to undergo cytokinesis during mitosis, which is the final stage of cell division and allows the cell to divide into two separate cells. Anti-microtubule agents prevent the formation of microtubules, preventing cytokinesis from happening and halting the cells in an earlier stage of cellular replication, metaphase.

Here we have a range of drugs which target different aspects of cell division, such as DNA or microtubules, and they do so in different ways. By no means are these ‘cures’ for cancer, as current treatment focuses on the idea of destroying cells that are already defective, not resolving the underlying genetic fault and correcting the cell without killing it

What would a ‘cure’ look like? Well, the ideal situation medical professionals hope to find themselves in some time in the future, is a world of personalised medicine. This would mean being able to tailor treatments or ‘cures’ to the exact problem or defect faced by the individual. If one person developed a genetic defect, which resulted in continuous replication of their lung epithelial cells due to a deletion of some DNA, while another person experienced a characteristically similar cancer but due to a mutation caused by a replacement of some of their DNA with a different sequence, these people would be able to be treated by correcting their genetic defects accordingly. Rather than the more generalised treatments that focus on resolving the damage that has already been done, personalised medicine would know what had changed where, and would focus on correcting this.

So the idea of ‘a cure for cancer’, as it currently stands, is a faulty concept. ‘Cancer’, this uncontrollable replication of cells, is simply the description of the effect the defect has on the human body. It is, like other medical conditions, a description of a specific collection of symptoms. However, each cancer has its own root cause, and many of these differ from individuals so that they can even be considered different diseases, at least with regards to their origin.

One might say it’s like battling a villain. You wouldn’t fight Bane with physical strength, or Voldemort with a shot gun. Each villain has his own weakness in the same way each form of cancer has its own origin to target. If you know the Achilles heel, the cause of the disease you’re trying to treat, and you’ve got the right weapon to target it, then you have your cure.

Mitosis – cellular replication involving copying of the genetic material, synthesis of new organelles and cellular components, finalised by a division of the original ‘mother’ cell, producing an identical daughter cell.

Epithelial cells – these cells line the cavities and tracts of the body. These include the gastrointestinal tracts and the lungs.

Differentiation – the process by which a cell changes from a generalised stem cell to a cell with specific features that allow it to have a specific function.