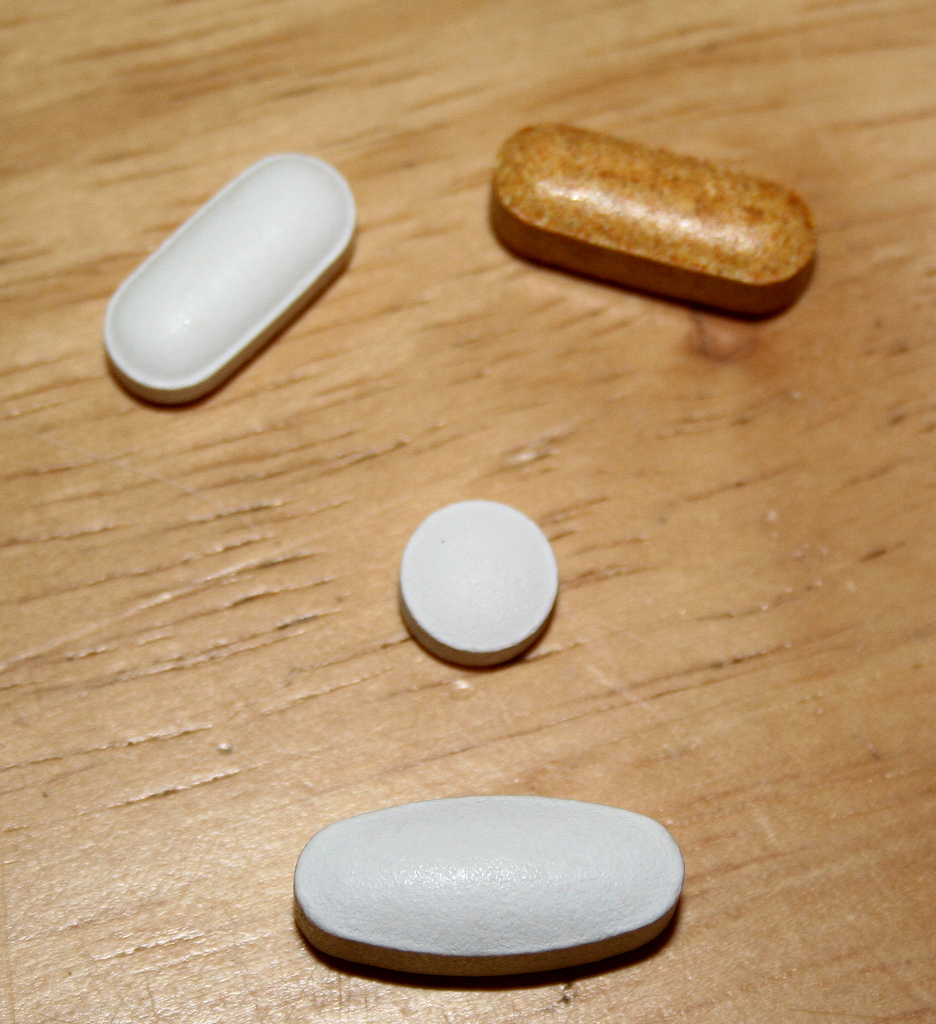 What effect do vitamin supplements really have on our health?

Amidst the post-Christmas weight-gain, winter viruses and ‘New Year, New You’ mantra that pervades the media throughout January, you might have been tempted to just cheat, looking down at that reduced pack of muffins in your hand and grabbing a packet of multivitamins to nurse you back to vitality. After all, one flavoured pill, much more palatable than a mouthful of kale, can apparently ward off colds, clear up your skin, keep your brain ticking over and tackle mood swings. What’s not to like?

Well, at best, that little pill might be just as innocuous as the homeopathic one on the next shelf. At worst, it could be dangerous in more ways than one.

A recent issue of the Annals of Internal Medicine contained several papers investigating the efficacy of vitamin supplements. Firstly, a systematic review of 24 studies, totalling 400,000 participants, concluded that there is no clear beneficial effect of supplements on cardiovascular disease, cancer or all-cause mortality, on healthy people without deficiencies. Two experimental papers in this issue also found no reduction of cognitive decline in men taking multivitamins for 12 years, and no difference in further cardiac events after a heart attack between those taking supplements and control participants. As for more minor health concerns, a systematic review by the Cochrane Collaboration last year found that vitamin C supplements did not reduce the incidence of colds.

This might seem counter-intuitive, as vitamins are essential to a healthy diet, but the simple fact is that the people most likely to buy supplements are those who don’t need them, so these pills add nothing to their existing defences. Indeed, excess water-soluble (but not fat-soluble) vitamins are removed from the body. Ergo, it seems that vitamin pills are totally innocuous and can be dismissed as a middle-class fad. However, as well as being a waste of money, there is some evidence that they may be causing harm in the long-term.

The aforementioned review of 24 studies corroborated earlier research associating beta-carotene, a precursor of vitamin A, with lung cancer and mortality, whilst previous research cited by the editors has suggested that excess vitamins A and E increase mortality. For instance, a study published in 2011 found that men who had taken vitamin E for over 5 years had a 17 percent greater likelihood of developing prostate cancer. This is not to say that all vitamins are carcinogenic in excess, but it does highlight the problems with using supplements as insurance.

Interestingly, supplements may also be dangerous for another reason. Ironically, they seem to lead people to take more risks with their health. In 2011, a group of researchers in Taiwan published a paper suggesting that consumption of vitamin supplements can lead people to take health risks via the Licensing Effect, whereby people who believe they have done something beneficial or healthy will then take a risk, or do something unhealthy, to compensate, as though the two cancel out.

The researchers gave 74 students, who were regular smokers, a sugar pill. Half were told that the pill was a placebo, whilst the other half were told it was a vitamin supplement. Whilst completing a questionnaire assessing perceived ‘invulnerability,’ and being permitted to smoke in the test room, students who believed they had taken a supplement smoked more cigarettes over the hour it took to complete the survey, and were more likely to agree with statements such as ‘special problems, like getting an illness or disease, are not likely to happen to me.’ Thus, the students who thought they had consumed something healthy felt less vulnerable to harm, and appeared less inclined to self-regulate their smoking habit. The result was replicated in a sample with a wider age-range, and it was found that a more positive attitude towards vitamin supplements increased susceptibility to the Licensing Effect. Finally, using a longitudinal design, the same researchers found that those who thought they were taking a supplement were less likely to exercise and less likely to make healthy food choices.

So, supplements are daft and dangerous, yet have escaped the ridicule endured by homeopathic remedies and are currently America’s most profitable industry. The controversy surrounding supplements isn’t even new, but the attitude and selling tactics of the supplement industry have ensured that confusion and controversy remain. In America, the Food and Drug Administration (FDA) has endured a frustrating legal history with the industry, in which they have been prohibited from regulating the potency of supplements and forced to withdraw disclaimers stating that supplements are not recommended for healthy people, whilst new vitamin pills and similar health products are not legally required to be tested in the same way a prescription drug would be.

In the absence of any legal control then, the evidence will have to speak for itself. Meanwhile, many proponents of supplement use draw on people’s concerns about food quality, arguing that it is not possible to obtain all our essential vitamins from supermarket foods. In light of issues such as the horsemeat scandal, this argument will resonate with health-conscious and impressionable members of the public, but, judging by the low incidence of rickets and other deficiency diseases in developed countries, it is an entirely false claim. Alternatively, perhaps the vitamin industry is so successful because it appeals to a culture attracted to quick-fixes, wanting to fight convenience junk food with convenience health food. Unfortunately, things are rarely that simple, and this is merely one example of the dangers of putting marketing before research.