Vaccination: the Science and the Scepticism 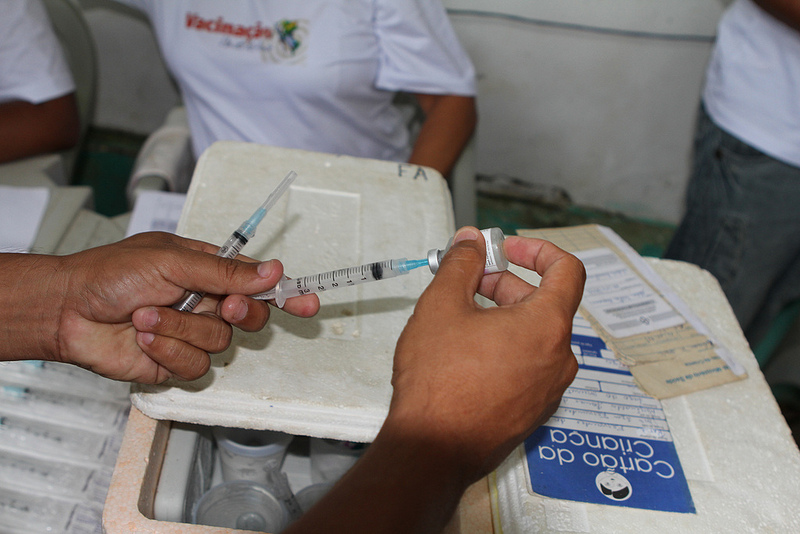 Vaccination is arguably one of the most effective tools of public health developed in human history, improving our quality of life along with hygiene and sanitation. Immunisation dates back more than two thousand years to the Peloponnesian War when Athens was struck by two successive outbreaks of the plague. The Greek historian Thucydides observed a trend – people who had survived the first outbreak were not susceptible to infection during the second, so must have acquired a form of internal protection.

The most significant event in the history of active immunisation surrounds Edward Jenner in 1796, with his scientific observation and experimentation on the disease smallpox. He correctly identified resistance to smallpox in milkmaids who had previously developed the milder disease, cowpox. He therefore conducted an experiment by actively infecting a young boy with cowpox and then injecting smallpox pus, after which the boy survived. Jenner coined the term ‘vaccine’ from the Latin word ‘vacca’ for cow. Although it took more than two centuries for people to accept of the theory of vaccination, it was a great triumph in public health when the World Health Organisation announced the complete global eradication of smallpox. With modern day understanding of how it is possible to protect against further invading pathogens by manipulation of the innate immune system, a global campaign is now also underway to eradicate polio.

However, as a way of inducing immunological memory, vaccination has certainly not been without its controversies. A recently published interactive map from the Council on Foreign Relations illustrates the occurrence of ‘vaccine preventable outbreaks’ around the world from 2006 to present day, which are likely caused by public scares of the potential dangers and side effects of vaccines. The available data displays not only the outbreak type and location, but also the number of cases and fatalities. Most notably, the majority of vaccine-preventable disease resurgences have occurred in economically developed regions of the world, where there should be ample access to vaccination.

The 2002 outbreak of measles in the UK was undoubtedly caused by the drop in Measles, Mumps and Rubella (MMR) vaccination rates due to parents fearing for the health of their children after a paper reported a causative link between the vaccine and development of autism. This paper, published in The Lancet in 1998 by Andrew Wakefield, followed the story of twelve children with irritable bowel syndrome, with eight of the children showing behavioural symptoms associated with autism. The parents of the children allegedly believed the origin of their symptoms lied with the previous administration of the MMR vaccine. However this study received multiple criticisms, arguing the paper was merely a description of the circumstances rather than a scientific study, with no solid statistical evidence to support the conclusions. Additionally, the association could have been made simply by coincidence – since the MMR vaccine is administered at roughly the same time as the first symptoms of autism begin to appear, with social interaction problems usually becoming evident at 18 months. Causation and correlation had evidently been confused during the public analysis of this report, which triggered numerous studies to debunk the belief of any association between MMR and autism. These studies involved hundreds of thousands of children and the lack of any association found should have surely calmed the frenzy sparked around vaccinations, which continued for more than a decade. Eventually, the original paper was retracted from The Lancet in 2010, after discovery of the fraudulent nature of the study. Wakefield had not only manipulated the results and falsified the symptoms, but all of the patients were recruited by anti-MMR campaigners. Wakefield was therefore struck off the British Medical Register due to his violation of ethical science, meaning he can no longer practise as a doctor.

Despite this compelling evidence for the safety of the MMR vaccine, journalists still scrutinised this form of immunisation and made exaggerations about the level of risk involved, leading to the public becoming misinformed about the procedure. Amongst the public figures contributing to the nationwide panic was the Prime Minister, Tony Blair, who refused to disclose whether his own son had been immunised with MMR. This led to questions about the degree of trust which should be placed in not only the vaccine itself, but also the official government line. The MMR vaccine was thrown into the public spotlight again after the broadcast of a Panorama program in 2002 that raised doubts about the safety of the vaccine and so had a further negative influence on the public perception of this disease prevention method. A Leveson inquiry was consequently launched, investigating media coverage consisting of 521 news stories in just a seven month period, with the majority being covered by non-specialist correspondents. Conclusions of this examination of the media representation suggest that the journalists were unable to understand the intricacies of the scientific story and were also unaware of the public health implications which would develop from writing numerous articles on the topic.

Some individuals and organisations continue to support the idea that vaccines are linked to a host of chronic illnesses, not only autism, but also asthma and certain autoimmune diseases. Vaccine critics base their argument on how individuals should be relying on personal hygiene rather than immunisations which could potentially trigger allergic reactions and health complications. Mandatory vaccinations are also thought to disregard individual rights or religious principles. The anti-vaccine activist and American model, Jenny McCarthy, has fuelled additional fears surrounding the MMR vaccine, claiming her son’s autism was caused by the vaccination. Her public presence in the media and broadcasting of other anti-vaccine beliefs may further discourage parents from having their own children vaccinated, with life-threatening consequences.

Another two vaccines which suffered bad publicity are Gardasil and Cervarix, which were developed against the human papillomavirus (HPV). Although the immunity provided by this vaccine would protect against the HPV types known to cause 70% of cervical cancers, many women now question the safety of its administration. I remember many of my own female peers opting out of receiving the vaccination after news coverage in 2009 announced the death of a schoolgirl, just hours after she was injected with the vaccine.

The tragedy surrounding the falling rates of vaccination is yet to be resolved. The medical conditions vaccines prevent are far more serious than any side effects caused by components within the vaccines themselves and the World Health Organisation has shown that therapeutic medicines could carry more dangerous side-effects than vaccines. In order to disprove anti-vaccine theories, medical experts must continue to provide solid scientific data against any allegations. However the power of the media and the amplification of the little evidence available supporting harmful consequences of vaccines still deters numerous parents from allowing their children to become immunised. It could be considered a global dilemma that some members of the public will never be convinced by the evidence provided by medical professionals, instead choosing to believe the misreported evidence seen in the media.