The science behind emotional support animals 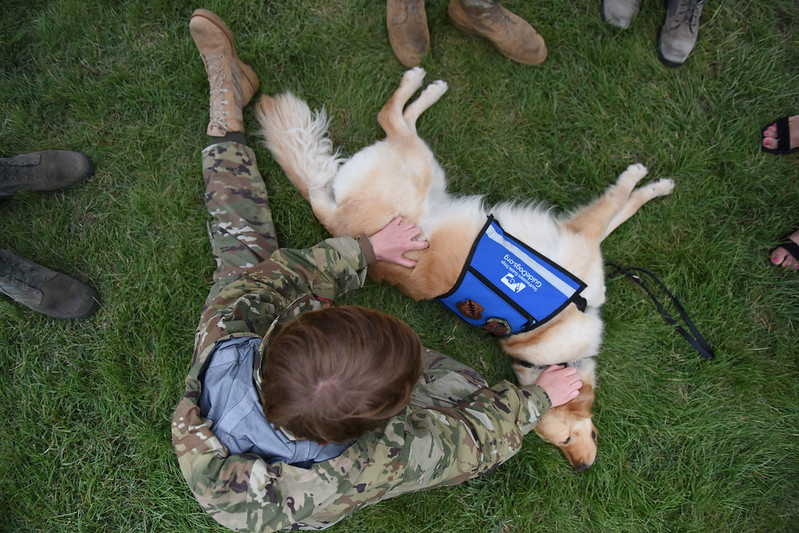 From peacocks being allowed on planes to therapy dogs, emotional support animals have been used for years as a way to help humans with any mental distress that they may be facing. But what is the science behind such animals and their corresponding relationship with their assigned human?

According to the Americans and Disabilities Act, an assistance animal must be trained to perform tasks that the assigned human cannot complete due to either a physical (such as being deaf) or psychiatric disability (such as chronic anxiety).

Emotional support animals can help to reduce anxiety, panic attacks and symptoms of depression. They ease worry, provide a sense of connection which reduces loneliness and isolation. Especially with anxiety, these animals can help the person to ground themselves in a time of dissociation. The animals boost serotonin, dopamine and oxytocin – the three main and most powerful feel-good chemicals released in the brain.

This allows people to predominantly remain in the parasympathetic nervous system, otherwise known as ‘rest and digest’, as opposed to the sympathetic nervous system (‘fight or flight’) which is powered by adrenaline and cortisol. Being in the ‘fight or flight’ or ‘survival’ mode for extended periods of time can have negative mental effects such as inability to focus, stress, anxiety, social isolation and lack of motivation.

The animals also can act as an immediate distraction to shift the owners’ focus from unwanted or intrusive thoughts. It also can boost the owners’ self-worth as they have a regained sense of purpose and drive. The animals can anchor the owner in the present can help war veterans with PTSD as it reminds them that they are not presently in that traumatic situation.

Animal-assisted therapy is a technique used in a wide variety of settings: classrooms, during counselling sessions, in prisons and with palliative care. Using dogs in cognitive-behavioural therapy has shown to lower stress hormones such as cortisol and adrenaline, increasing the level of therapy adherence.

In 2010, Hoy-Gerlach conducted a study placing stray dogs into emotional support situations to assess the results. Reserachers collected saliva samples from human participants to measure the three biomarkets of stress and bonding:

After one year of adoption, it was found that anxiety and stress levels were reduced and participants also felt less lonely.

Emotional support animals also can discourage suicidal action as many people contemplating suicide have been reported to not want to leave their pet behind. This emphasises the strength of the pair bonding from oxytocin.

Through boosting the feel-good and rewarding brain chemicals, emotional support animals can boost mental wellbeing and thus alleviate mental suffering. The type of animal required seems to vary between owner, with dogs being the most common.

It is important to note, however, that emotional support animals are not a cure for mental illness, but simply a helping hand.