‘The marketing of hope’: IVF explained 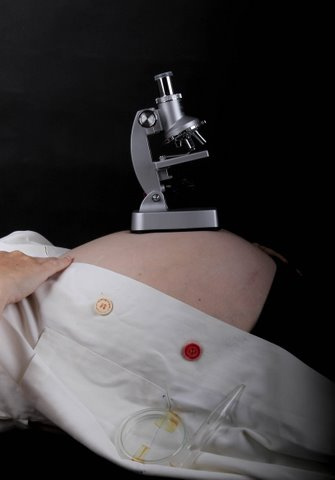 Modern medicine has taken great leaps and bounds over the past century. In particular, IVF has meant that it is not the end of road for couples failing to conceive naturally. As a triplet born by IVF, the low success rates make me feel incredibly lucky. Couples undergoing IVF pray desperately for one baby; my parents were lucky enough to get three. To me it seems like a simple process, where problems are almost scarce. But the truth is we only hear about those blissful success stories: it is important that we realise that IVF is not in any way a ‘quick fix’ for infertility.

Fertility in women is very sensitive and can be affected by as little as a change in lifestyle. Female fertility problems are associated with physiological abnormalities in the womb, fallopian tubes, and ovaries. The most common causes are due to problems with ovulation- the monthly release of an egg from an ovary. These causes are usually hormonal, inhibiting the release of a mature egg from an ovary and consequently preventing fertilisation from taking place. Other common causes of infertility in females include a condition called endometriosis, in which the uterus lining that is shed each month to produce a period, grows outside the uterus. This causes multiple blockages making it difficult to get pregnant. Besides physiological problems, decreased fertility in women can be caused by other medical conditions such as diabetes, epilepsy, and cystic fibrosis. For twenty-five percent of couples, sadly a cause cannot be identified. This goes to show how limited we are in our knowledge of the human body and how Mother Nature prefers to have things her own way.

As one might expect, in contrast to males, female fertility declines with age very sharply after the age of 35. From a statistical point of view, it should be very difficult for women to get pregnant. At birth one–two million eggs are present in a female and a vast majority of these eggs gradually die over time. At puberty approximately 300,000 remain and of this only 300–400 will be ovulated during a woman’s reproductive lifetime. The egg is one of the longest-lived cells in the human body as they lay dormant in follicles, waiting to be released. At this point the egg is suspended in a period of the cell cycle called prophase. The Association of Reproductive Medicine estimates that women of forty years or more have only a five percent chance or less of becoming pregnant in any one month. No wonder there has been such a rise and demand for treatments such as IVF. Not only does the decision to reproduce later on in life produce problems with conception, but it also increases the risk of chromosomal abnormalities, such as Down’s syndrome, in babies as women get older.

All of this makes you think of how large a role modern society has played in this. Women now have greater employment opportunities, which explains why the mean age of mothers for all births in 2011 was 29.7. Compare this to the 1950s, when the majority of women would have had their children before they were twenty-five. In delaying having children, women are attempting to conceive at the least fertile period of their reproductive lifetime. It’s almost as if our bodies need to catch up and evolve into modern society, as the female form is still inevitably stuck in the past.

IVF babies are commonly referred to as ‘test tube babies’, I really despise this phrase as it suggests babies born via this method are part of a science fiction film. In fact IVF is not even carried out in test tubes, but Petri dishes instead. Maybe I should be called a Petri baby, which sounds slightly less sci-fi.

IVF stands for in vitro fertilisation, meaning that an egg is fertilised by sperm outside the body. The process involves harvesting the contents of a woman’s uterus and fallopian tubes, mixing it with semen and then putting it back into the uterus again. In order to increase the chances of pregnancy, ovarian hyperstimulation with drugs and hormones is used to encourage production of multiple follicles in the ovaries. This all sounds pretty simple and logical, the science all adds up.

Now comes the problem of actually securing this treatment. The new guidelines published by the National Institute for Health and Care Excellence in 2013 state that any woman below the age of forty should be offered three IVF cycles on the NHS if they’ve been trying to conceive for two years or, if artificial insemination (direct insertion of sperm into the womb) has not been successful, after twelve cycles. Above the age of forty IVF treatment is not covered by the NHS, and if any more than three cycles are required (they usually are) desperate parents would have to fork out £5,000 per cycle. Three cycles may seem a lot but the success rates are surprisingly low for such an expensive and scientific technique. Women under thirty-five have healthier eggs and so have the highest success rate at 32.2% and from here on it’s bad news; for women aged forty-four the success rate is a miserable 1.9%. Even when I read these statistics I was shocked at how low they were because they don’t depict IVF as a miracle breakthrough or a solution, but as something time and money can be wasted on.

I read an article by the BBC which described IVF as ‘marketing hope’. Newspapers want exciting breakthrough headlines and have no regard for public information. So you can see how easy it must be to read about a ‘miracle test tube baby’ in the paper and convince yourself it would work just as well for you. IVF has now become a business: in the UK sixty percent of IVF treatment is carried out privately and with each failed cycle, vulnerable and impressionable couples are persuaded to try, try, and try again. This is so disheartening for me to read, as a very lucky ‘test tube baby’. I feel there is a severe lack of public awareness about IVF and complete honesty is barred if money is involved.

Reading advice from couples who’ve gone through IVF unsuccessfully, their experience almost mirrors the experience of someone with depression. It is a constant battle of up and down emotions; hope and despair, rejection and acceptance. “It feels like a raffle – how many tickets do you buy?”, “strain within a marriage”, “worst decision I ever made”. Quotes such as these bring to light how much faith desperate couples put into modern medicine, and the false sense of hope they are fed.