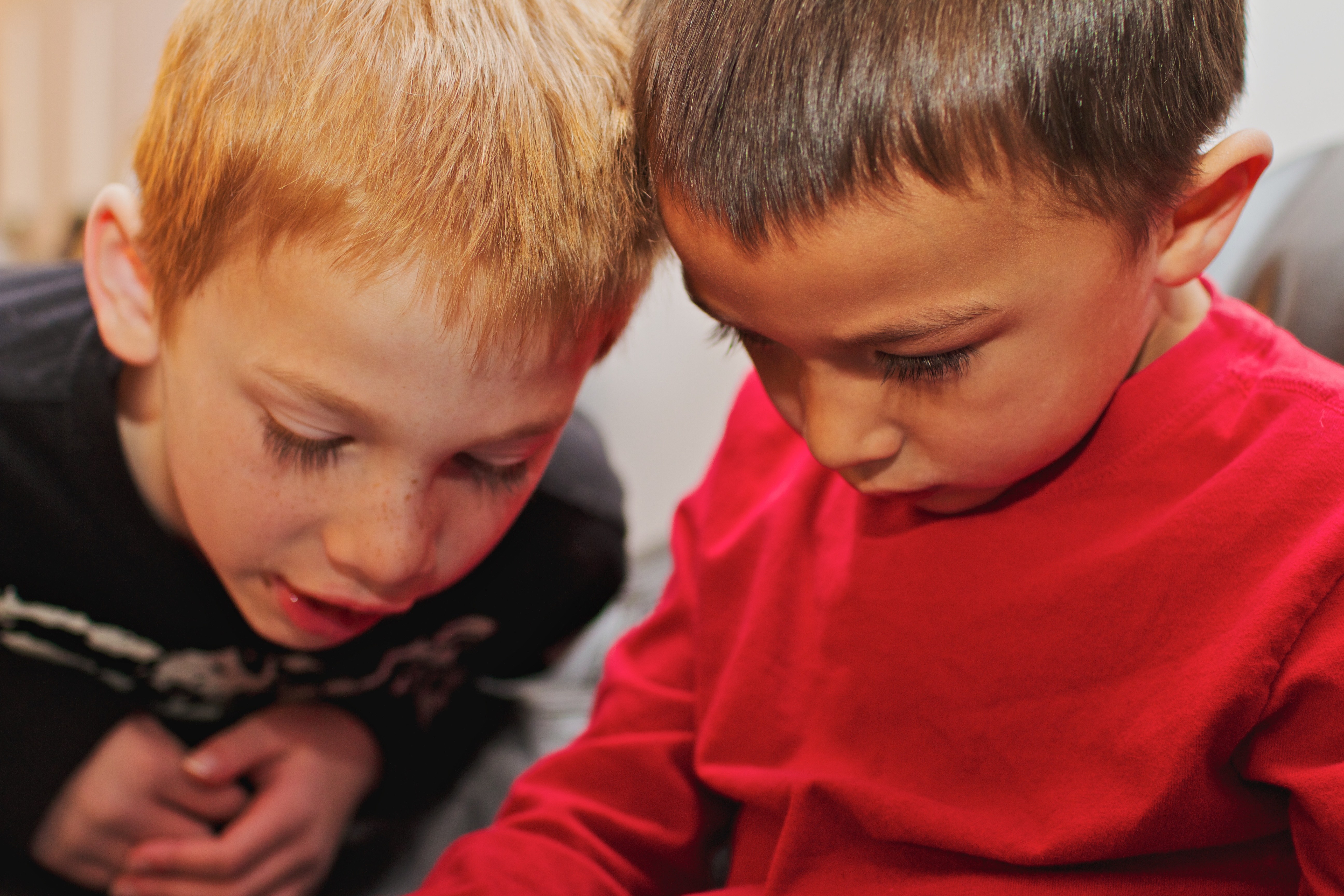 Is it healthy to let children become so fixated on modern gadgets?

It’s hard not to notice the inherent fascination young people have with bright screens. I find it saddening to see a toddler strapped into a pram drooling over an iPad and when they throw it on the floor the parents simply pick it up and hand it back to the bemused infant. Surely there are other toys that would better entertain and support a young toddler’s development. There seems to be increasing evidence that technology is becoming the next potent addiction.

‘Childwise’ estimate that children between 5 and 16 years old spend 6.5 hours a day in front of screens, which includes watching TV, using a computer, mobile or tablet. Viewing habits have evolved; compare children from the 1990s, where comics and TV were the most popular form of entertainment. This has now transitioned into social media and video games. There is also an increase in multi-screening, using more than one device at the same time- though I know that I am guilty of watching TV and scrolling through Instagram. I remember the day we first got the internet at home. At this time it was novel and almost a luxury, but now the children of the noughties are growing up with the internet as if it’s a teddy bear.

Unsurprisingly there are health problems associated with screen addiction, which is now being recognised as a mental disorder. One study used functional neuroimaging of adolescents to show that internet addiction can cause a significant decrease in the function of brain circuitry, especially that of the striatum, which is a part of the forebrain frequently associated with addiction. Internet addiction may also wreak havoc with our emotions; overuse of technology can damage the insula cortex in the brain, causing an inability to link signals with emotion, often leading to violent behaviour and to a lack of compassion and empathy. It’s scary to think that something so commonplace as technology can shrink gray matter in our brains, which is obviously going to have profound influences on our personality and emotions. Moreover dopamine, a neurotransmitter, is released during gaming and internet use, producing cravings comparable to drug cravings. No wonder the internet is becoming a modern drug. All of this should be a warning to the UK government that something needs to be done, yet David Cameron has pledged for fast internet to become a legal right for everyone, and that the internet should not be a luxury. I agree with this as nowadays most things are not possible without the internet. However this is a scary thought and will mark the age of a new ‘internet everywhere’ revolution.

Now let’s take a look at an extreme example of internet and gaming addiction, China. Gaming addiction is so rampant that they’ve had to set up boot camps as a form of rehab. This seems to me desperate; technology is no longer our best friend and is taking over people’s lives. 24 million Chinese children are estimated to be hooked, which is a staggering amount. Billie JD Porter’s documentary, Secrets of China, opened my eyes to just how bad the problem is in the country. These boot camps often use military discipline techniques to attempt to give control back to these young addicts and one of these methods is particularly harsh. It involves the whole class standing up and staring at the front of the room for a whole hour, perfectly still and emotionless. Doesn’t sound that bad does it? Well it’s probably a lot harder than we can ever imagine, especially for teenagers that rely on constant screen activity to get their fix.

I feel a bit of a hypocrite, writing this article on my laptop, only to upload to an online magazine, but perhaps we simply can’t help it. As technology has inevitably advanced to make things more efficient, the only way to write this was on my laptop. Ask yourself how much time you spend a day staring at a screen? But then how much of this is work? I know that I spend too much time in front of screens, but if I cut it down then I know I’d be putting my work at risk. I don’t think there is much we can do to help ourselves on the individual scale. 4 out of 5 parents think that technology is augmenting their child’s development and is not detrimental. But would they still think that when they read evidence from studies about ‘shrinking brains’ and antisocial children locked away in their rooms playing World of Warcraft? Maybe the problem again is the media, who are not informing the public of the health risks associated with technology; after all it’s in their best interests to keep consumers buying the latest high-tech gadgets.

It’s apparent that we are indeed making work more efficient (and that’s great) but at the detriment to the younger generation, who will grow up with screens constantly in front of them. I think we need to find a happy medium, we need to do away with the feeling that social media, video games and the internet are needed for us to feel entertained and accomplished. We need to find a better way to separate work from play, as we don’t need technology for both. I find it depressing that we’re all too engrossed in a technological reality that simply interacting with real people in the real world can no longer satisfy our personalities.