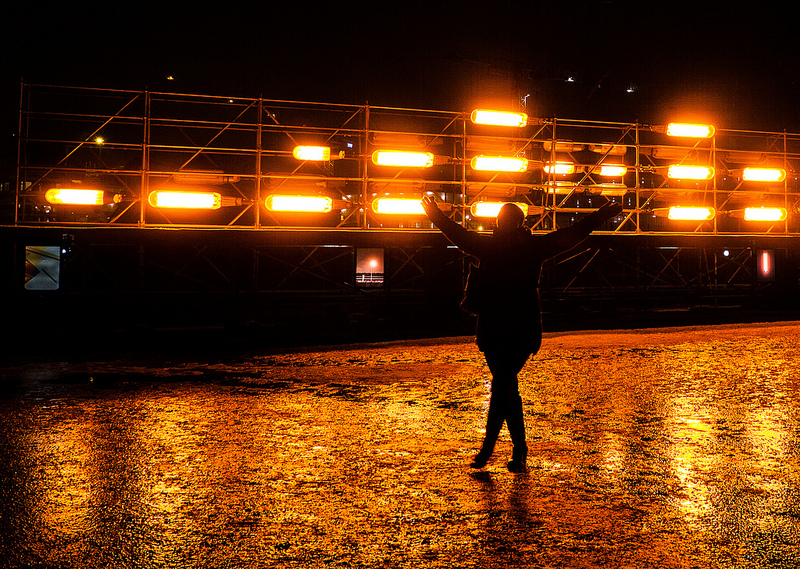 Light produced by excited sodium has a distinctive yellow hue

Chemists want to make life that little bit easier by giving each element in chemistry a short hand label. For example, hydrogen’s symbol is ‘H’ and for helium it’s ‘He’. I think you’d agree that they are reasonable abbreviations. Sodium is the first element that we have come across in our journey through the periodic table that doesn’t really have what you’d call a sensible abbreviation, with ‘Na’. What is the reason behind this abbreviation having no letters, at all, in common with sodium? Well, ‘S’ is already taken by sulphur, and ‘So’? Well, ‘So’ would be a tad difficult to distinguish between the adverb used so often in everyday life!

In fact, the reason behind the symbol for sodium being ‘Na’ is that the Latin name for the element is Natrium. Damn that pesky Latin language! Now, natrium actually originated from the Egyptian ‘natron’, a salt that had many household uses. It was a long time until the sodium metal was actually extracted and isolated from its known compounds, using the electrolysis of sodium hydroxide. Sir Humphry Davy conducted this experiment, in 1807.

Many people recognise sodium as a component of salt, along with chloride (hence the name, sodium chloride). Another quick, on the side History lesson: salt was an important substance, as illustrated by the English word ‘salary’, derived from the word ‘salarium’. Salarium were wafers of salt, occasionally given to Roman soldiers alongside their wages. So, we’ve travelled from the Latins to the Egyptians and finally the Romans; sodium sure did get around!

Casting your mind back to my earlier columns, you should remember that we learnt about lithium, which is an alkaline earth metal. Sodium is in the same group and so has similar chemical characteristics to lithium; sodium metal also has an exothermic reaction with water, eventually fizzing to an explosive end. Even powdered sodium can spontaneously explode when in the presence of oxygen. Sodium also has a characteristic bright yellow flame when placed in a Bunsen burner. The moral accompanying this article is that a lot of care and attention is needed when handling elemental sodium!

Finally, I know you are all asking yourselves if I know an element-based joke to conclude this article. Na, for once I don’t!