Science or Agenda? Neutrinos in Question 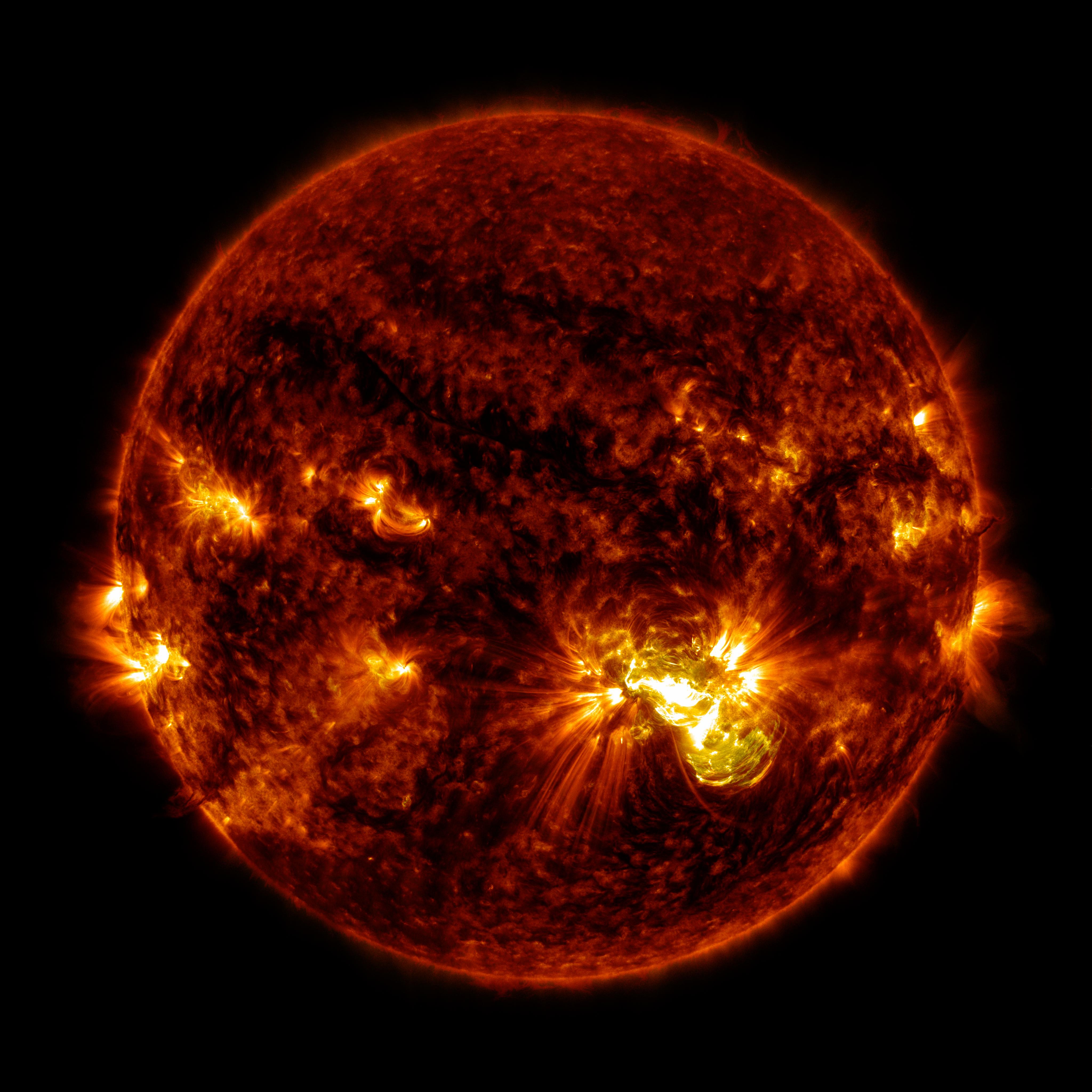 Fusion in the Sun- a constant source of neutrinos.

At any second of our lives, we can expect some 420 billion solar neutrino particles to pass through every square inch of Earth’s surface, including our bodies, our pets, our homes, our cars – all of our proud possessions. Don’t be alarmed. This has been happening since the birth of our Sun, for over four and a half billion years, even before we made our appearance on Earth, there were solar neutrinos.

Neutrinos were not seen, just theorized, first by Wolfgang Pauli in 1930 in the process of beta decay, understood later to be related to the process of fusion, the source of a star’s energy. Now physicists have used the underground Borexino Detector in Italy to find the first solar neutrinos formed in the fusion process responsible for most of our Sun’s energy.

Deep in the core of the Sun, roiling heat and pressure cause pairs of protons to fuse forming heavier atoms, releasing particles called neutrinos in the process. Neutrinos almost never interact with regular particles and fly straight through the empty space between atoms in our bodies and all other normal matter. Occasionally, given the right environment, a neutrino will collide with an atom and knock an electron loose.

The Borexino instrument, in a laboratory 1.4 kilometres deep beneath the Italian Apennine Mountains, is a metal sphere shielded by a large tank, containing 1,000 tonnes of water to prevent neutrons and gamma rays from entering. The 2,000 photomultiplier tubes lining the walls of the sphere are intended to pick up the measurements of proton-proton (p-p) neutrinos, which form in 99% of the Sun’s fusion process.

What makes fusion in the Sun, a process that showers us with phantom particles, like ghosts that pass through our bodies? Heat and light from the Sun are a result of the fusion process (more on fusion) happening in 0.2 solar radii of a million mile diameter sphere we call the Sun. Inside this zone, pressure is millions of times greater than the surface of the Earth with a temperature of more than 15 million Kelvin. On the Fahrenheit scale, that’s 26,999,540.3 degrees!

The temperature and pressure is enough to keep some 8.4 x 1056 (almost an octodecillion) hydrogen atoms bumping against one another and fusing for around another 4–5 billion years before they are spent. So your life insurance for your line of descendents will be spent for quite a while! That’s because our star is not Betelgeuse, which could explode at any time, though we wouldn’t know it for 640 years – which means it could have happened 639 years, 364 days ago and we won’t know until tomorrow.

But more about neutrinos…Why do we care? We know about things that physically affect us. The rest is in the realm of theory or superstition, depending on your society’s level of sophistication and your thirst for knowledge. If your level of curiosity is curbed by a personal agenda or torpor, then you and your similar-minded network of progress will be stymied, and if other networks are not similarly stymied – namely, the rest of the world—then you and your network are left hopelessly behind, mired in age-old beliefs.

Science can often reveal truths that dispel myths, superstitions, and fears that humankind has dealt with for hundreds of thousands of years, even more recent mysteries that put science in the realm of science fiction. But no one could see, hear or feel neutrinos, so no mythology needed to be built around them, only sensing the visible light of the Sun whose fusion process produced neutrinos.

We rebuke ideas like ghosts, for example, because we cannot see them. We can draw parallels with neutrinos, that don’t interact with particle orthodoxy. Now we can see their direct evidence because of science and hard-headed scientists with curiosity. I don’t know about ghosts and photomultiplier tubes – it’s just an example. When there is near-unanimity among scientists in believing anthropogenic climate change, then the outliers must have an agenda, that intellectual torpor, or know something we don’t know. Would you bet on the latter?

Progress depends on curiosity, unbiased thinking, an open mind – the willingness to seek knowledge. Neutrinos and non-visible wavelengths are examples of things we cannot see without the enhanced tools science has brought for that clear vision. What other mysteries can we solve by having an open mind?

Have you seen a wormhole in space that enables us to go from galaxy to galaxy (the movie Interstellar [should be Intergalactic] deploys them)? Our theories don’t allow us to go faster than the speed of light so science fiction uses wormholes and warp speed (warping space). But our theories are based on the science of a Type 0 Civilization (Karashev Scale). Does quantum entanglement (Wacky Physics) change this? That’s the point. Do we only believe or even consider what can be sensed and/or conditioned by the body of knowledge of a Type 0 civilization – or worse yet, based on an agenda?

Jim Hoover is a recently retired systems engineer. He has advanced degrees in Economics and English. Prior to his aerospace career, he taught in high schools, and he has also served as an adjunct college instructor. He recently published a science fiction novel called Extraordinary Visitors and writes political and science columns on several websites.