Rosetta: more than a stone 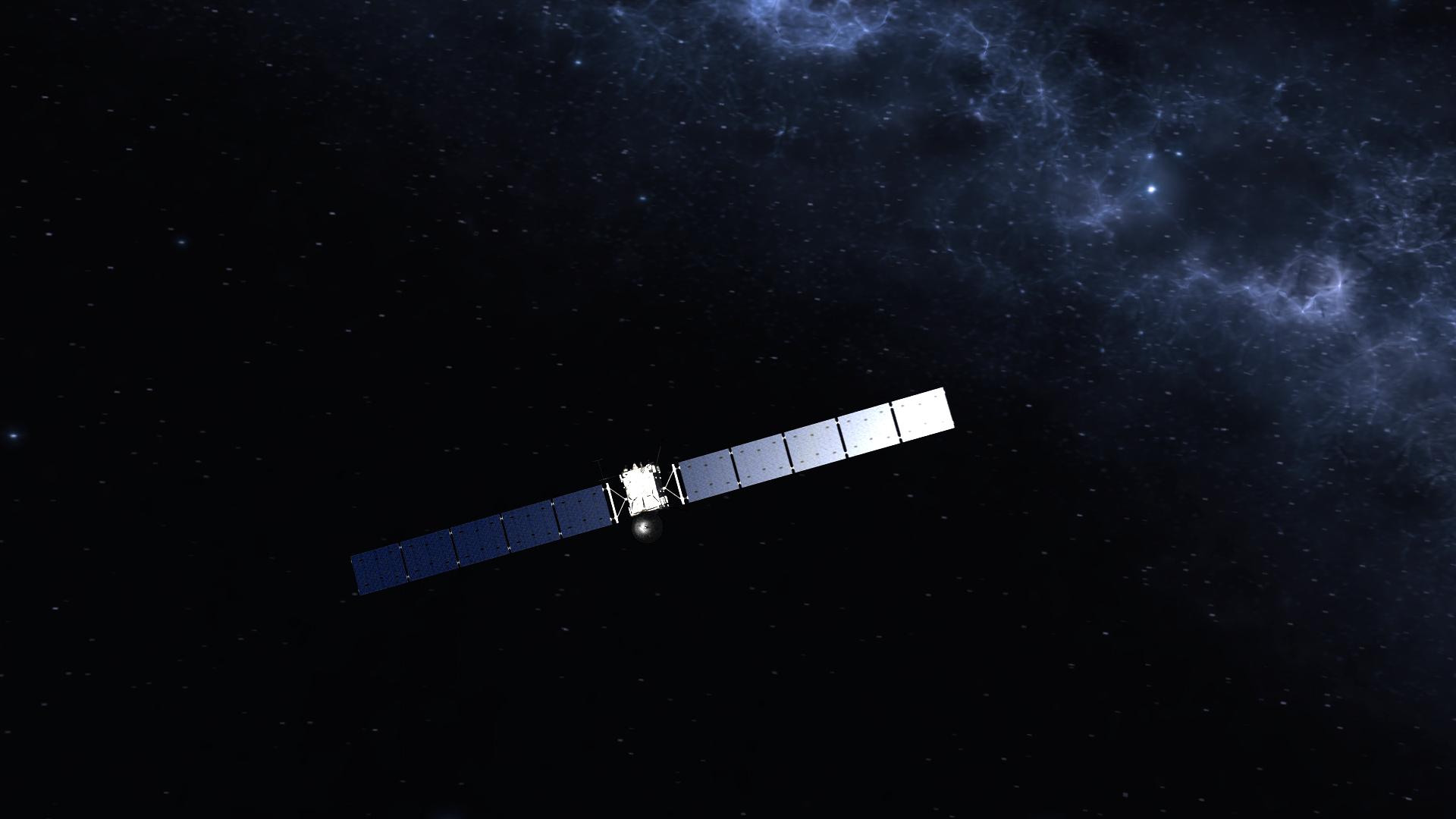 An animation depicting the European Space Agency’s Rosetta probe as she travels across the solar system.

She’d journeyed for more than ten years, passed earth three times and survived a pass in the shadow of Mars. Now she’s arrived at her target comet and will begin her 12 year long mission to help our understanding of the origins and evolution of our solar system.

The Rosetta space probe isn’t new to the world of science; in fact she’s quite an old-timer, having first been commissioned in November 1993. After a delayed launch she was finally released in January 2003 and began her 10 year journey to 67P/Churyumov–Gerasimenko, a comet situated some 600 million kilometres from the sun.

As far as new science is concerned Rosetta is a leader in her field, achieving many scientific firsts: not only is she the first satellite to orbit a comet’s nucleus, she’s also the first spacecraft to accompany a comet as it travels toward the inner solar system, to monitor at close proximity the effect of the sun’s heating upon the frozen surface of the comet, to deploy a robotic lander on a comet and the first spacecraft to travel near to Jupiter’s orbit using only solar cells as the primary power source.

Rosetta’s primary mission is to help discern the origins and evolution of our solar system; comets remain relatively unchanged since the beginning of the solar system so therefore should reflect the composition of the nebulae cloud out of which our solar system formed. Rosetta’s lander, Philae, will analyse the composition of the comet allowing us a tantalising glimpse of the early solar system. This may also aid our understanding of the growth of our planet’s oceans and the origins of life on earth. Comets are thought to consist of 40% water, which is locked up as ice in the nucleus, and scientists have already discovered that 67P/Churyumov–Gerasimenko contains all the ingredients that make up amino acids, the building blocks needed for life.

You might be asking yourself how we can possibly say that the earth’s oceans came from comets. We can’t say for sure, but we can analyse the ice contained in the comet and determine the abundance of isotopes. In this case, the Rosetta mission will be measuring the levels of hydrogen and one of its isotopes, deuterium, in the ice of the comet and this can then be compared to the level found in the oceans of earth. All deuterium present today was formed during the big bang, so the ratio should be consistent between the two types of atom, although this can vary depending on the water’s whereabouts. A similar ratio of deuterium to hydrogen would suggest that at least a part of the earth’s oceans may have come from comets.

So why is the comet chaser called Rosetta? Why does the comet have such a long name and why is the lander called Philae? Scientists saw many similarities between the mission objectives of Rosetta and the achievements that the Rosetta stone brought to the understanding of Egyptian hieroglyphics. Rosetta will be studying comets, the oldest building blocks of the universe, in the same way that Thomas Young and Jean Francois Champallion examined the Rosetta stone in order to study ancient civilisations. There is of course the huge time difference, Rosetta will be looking as far back as 4.6 billion years into our solar system’s past, right back to the time of the formulation of the first solid grains, whereas the Rosetta stone looks back a mere 2220 years in our planet’s history. The comet is named after the two men who discovered it, Churyumov and Gerasimko, whilst the number and letter combination 67P gives it a place on a reference list and defines it to be ‘P’ – a short period orbit. Philae is named after an island where an obelisk was found which also helped historians to decipher Egyptian hieroglyphs.

Rosetta is now in orbit around the comet and in the next year we are likely to receive some exciting finds from both the Rosetta spacecraft and the lander Philae. With a landing site picked on the 15th September, a launch day for Philae set for 11th November and then the comet’s approach to the sun, this is likely to be a very interesting mission!